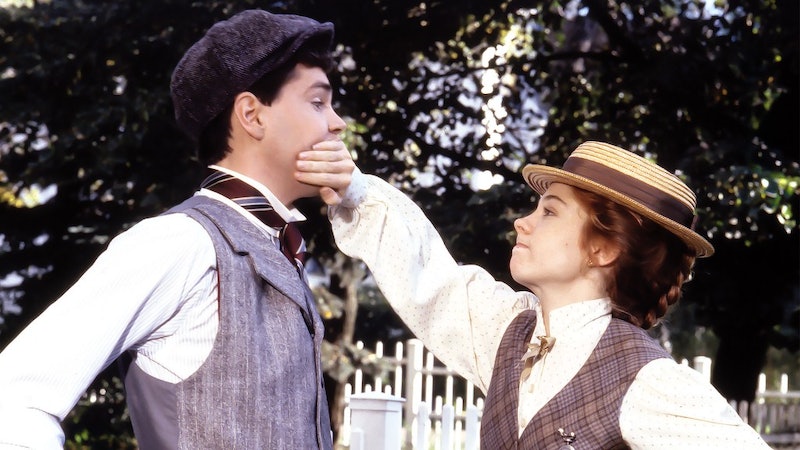 I first read Anne of Green Gables in grade six. Growing up in a north Toronto suburb, I never quite felt like I belonged. I constantly questioned the rules my traditional Jewish upbringing demanded of me, which didn’t put me in good books with my most of my teachers. It also didn’t help that I developed faster than any of the girls in my class, being the first in my class to wear a bra. (I still remember the sting of some boy snapping the strap against my back. Strangely have forgotten the boy’s last name, but not the sting.) I wandered into a vortex of vicious girls, whose cruelty tested my resolve to ever trust that I would find (as Anne did) a bosom friend.

Montgomery became a constant companion. Her books entered my life when I needed them most.

Because Anne Shirley survived the injustices of adolescence: being wrongly accused of stealing Marilla’s broach, getting her BFF drunk, even being called “Carrots” by the cutest boy in school, Gilbert Blythe. (Sigh.) She showed Avonlea that she was, as Gilbert calls her, “a pioneer.” This was also around the time that Kevin Sullivan’s 1985 miniseries aired for the first time, and I fell in love (as many 12-year-olds did) with Jonathan Crombie.

In later years my favorite novels became the Emily series, The Blue Castle and Rilla of Ingleside, but during my teens it was the first three Anne books that held my heart because she was where I was, discovering what she wanted from life and from love.

During my teens it was the first three Anne books that held my heart because she was where I was, discovering what she wanted from life and from love.

I became very interested in the connection between an author and her work, looking for any opportunity to bring Montgomery into my academic research. I used the first two Anne books (Anne of Green Gables and Anne of Avonlea ) to inform my studies, and also 'The Alpine Path', Montgomery’s autobiographical essay for Everywoman’s World, in which she made a point of showing a direct connection between her fiction and her life. I somehow had acquired a copy of the first volume of Montgomery’s journals, and I lost myself in the research and never really stopped.

When the opportunity came to write a novel based on Maud’s teen years, it was the perfect convergence of all the things I loved. I had written my first M.A. dissertation on the construction of Joan of Arc in contemporary children’s literature exploring how writers craft stories about real people.

I had also started lecturing on Gilbert Blythe and the Perfect Man Archetype in YA literature, and was finishing up an MFA on Writing for Children and Young Adults at the Vermont College of Fine Arts. As Montgomery and Anne had always been part of my life, this novel was a gift to a loyal literary friend for inspiring me to write and pursue an education, and to be passionate about women’s history and writing.

In a period where women were not encouraged to write or pursue and education, Montgomery didn’t allow her gender to stop her

In a period where women were not encouraged to write or pursue and education, Montgomery didn’t allow her gender to stop her. Having to prove to her family she was worthy, she fought for financial independence and an education. The complex and contradictory creator of Anne Shirley was a pioneer, a bestselling author who used her fiction to highlight the strong connections between women, while simultaneously satirizing the strict Victorian and Edwardian conventions.

With all of the new interest in Montgomery’s Anne of Green Gables, my hope is that my new YA novel, Maud, will give a new generation of readers an opportunity to get to know the writer behind the fiction. Because that is where the story truly begins.

I’m thrilled that Bustle is participating in the exclusive cover reveal of Maud, a novel inspired by the teen life of L.M. Montgomery. Take a look: