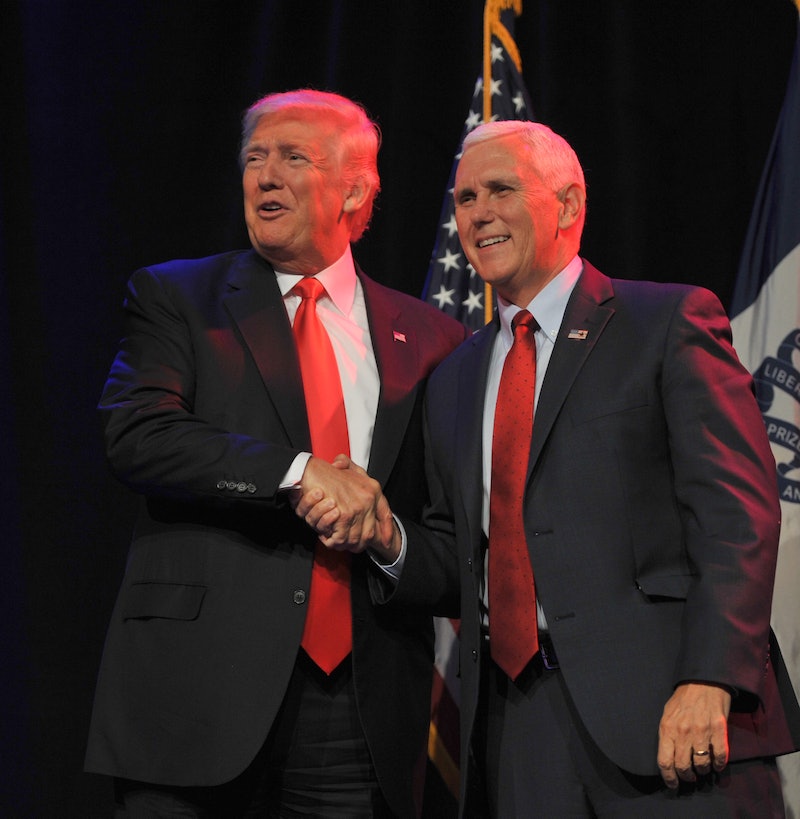 Why does Pence think he can get away with this? It seems to be his attempt at gaslighting the American electorate, or manipulating them into thinking that they are crazy by denying things they know to be true. Pence, for some reason, thought that if he said these things with enough gumption, that everyone would just believe him. End of story. Maybe this could have worked decades ago when the TV news aired just two or three times a day. But to think that you could get away with that in the age of the internet, where there is a fleet or people dedicated to tracking your every move and nothing ever disappears, it's a naive and foolish tactic. And it makes Pence come off as the one with a less than stable grip on reality.

Political gaslighting is not uncommon. Throughout this campaign, Republican leadership and Trump surrogates have been forced to walk back comments Trump has said. They have had to convince us that, for example, what any reasonable person would take as comments seeming to encourage someone to harm Hillary Clinton, was just an advent of our imaginations.

On Tuesday night, Pence denied a litany of tried-and-true Trumpisms. For example, he said that Trump doesn't want to keep Muslims out of the country, though anyone who has had even cursory media consumption in the last year would know that to be false. And if that's not enough, his proposal to ban Muslims from America is still on his website.

Pence also denied that Trump said that Vladimir Putin was a stronger leader than Barack Obama. However, he was forced to go to bat for Trump over the comment in September, and called it "inarguable" in an interview with CNN.

His denials touched on everything from Trump's view on deportation of illegal immigrants, punishments for women who have abortions, NATO's alleged obsoleteness, and his suggestion that foreign countries should build up their nuclear weapon stock. All of which were swiftly proven incorrect because the internet is a thing that exists.

I guess when defending your running mate's comments is next to impossible, denying them outright seems like the only way out of an uncomfortable conversation.