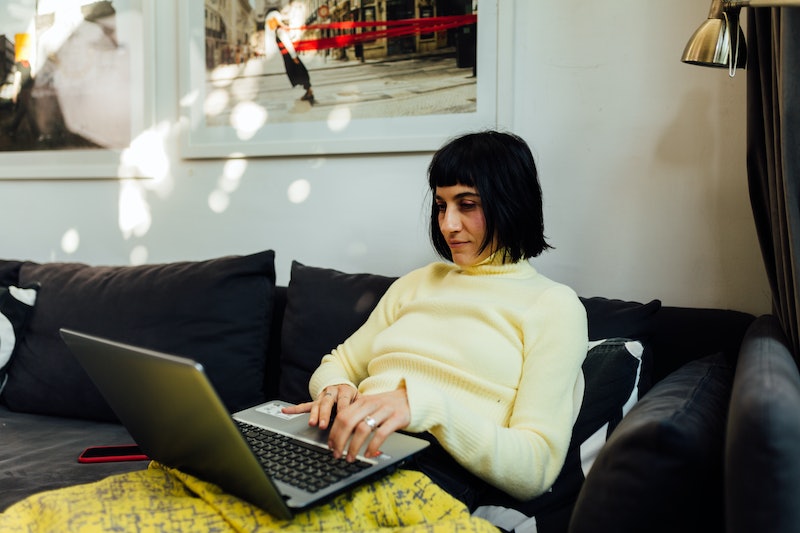 Creativity can be fickle, after all. When you were daydreaming in class or at work or while at brunch with your significant other's parents, you just had so many ideas for what to write next. You were itching to get home and start typing. But now that you're sitting in front of a blank screen... nothing. Nada. Zip. Zilch. All the ideas have leaked out of your brain, and so you're left to squander all your precious writing time by stalking your cousin on Instagram.

No more. Writing is just like any other discipline: it takes practice. Some of these writing prompts might lead you to brilliant ideas for your next short story/play/blog post. Some of them might lead you nowhere. Either way, as long and you're putting one word after another, you're slowly but surely getting better at your craft:

2. Send a Message into Space

What if the human race only had one hundred words to send into space? This message will be our first contact with any potential alien civilizations. Write out a brief message to send on a rocket... and then write about the aliens who might receive your message. Do they understand it? Does it make them angry? Are they coming to Earth to learn more?

Have you ever seen a stranger in passing, and wished you had stopped to talk to them? Write about the interaction you didn't have. Or check out the "Missed Connections" sections on Craigslist, and write a story based on one of the entries. Do the people actually meet this time? Do they hit it off? Does one of them know something secret about the other?

4. Write a Letter to Your Past or Future Self

This one is pretty self-explanatory. If you could talk to your past self, what would you say? Do you need help remembering some event from your childhood? Would you have any sage advice for younger you? And what questions do you have for your future self?

Write a story or an essay based on a photograph. Who are the people in the frame? Who's standing just out of frame? Where are they? Why was this picture taken? To find a photo, you can scrounge through old photo albums, explore a friend of a friend's Facebook pics, run a few Google image searches, or even snap a photo of some strangers on your daily commute.

Pick a random book off your shelf (or the library shelf), and turn to page 394. If the book doesn't have that many pages, you can pick a page at random. The first sentence on that page is the first sentence of your new story. What happens next?

Pick a random object from your immediate surroundings, or think up a fictional product. You could even pick the last book you read, the food you had for lunch, or a feeling you've been experiencing lately. Whatever the thing is, write an advertisement for it (it could be a commercial, a print ad, or anything in between). Now think about what kind of world would have ads for this product you've come up with...

Pick a fairy tale or legend from your childhood, and write your own version. You can change the ending, update it for modern times, or write it in a specific style. How about a noir Little Red Riding Hood? Snow White in space? Cinderella set in the world of Game of Thrones?

What does your perfect city look like? How about your perfect country? If you could design an ideal society, what would be the rules (or would there be rules at all)? Design a Utopia—complete with maps, if you feel so inclined. Then set a story in your new world: maybe someone has just moved to this Utopia from somewhere else. Can you find any flaws in your paradise?

10. Try on a Different Perspective

Write about a day in your life—but not from your own perspective. You could write as though you're an alien studying human culture, or from the point of view of your best friend, or your worst enemy. You could write from the perspective of your dog, cat, or favorite jacket. The point is just to look at your own life from an outsider's perspective. What's different? What stays the same?