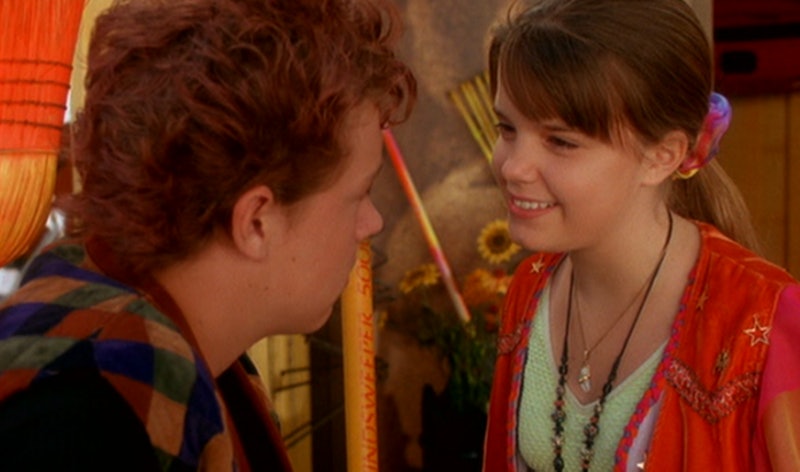 Halloweentown is, arguably, one of the best Halloween movies in all of existence. The Disney Channel Original Movie premiered in 1998 and has been a staple of October television ever since. The movie follows Marnie, a teenage girl who feels a bit like an outsider, until she learns that she actually comes from a long line of witches from Halloweentown. Marnie follows her grandmother, Aggie Cromwell, to Halloweentown, where she discovers her magic powers, and also stumbles on an evil plot. Almost 20 years after its release, the movie is as popular as ever. In fact, it's so beloved that St. Helens, Oregon, where the movie was filmed, has transformed itself into Halloweentown in celebration of Halloween— yes, really. But, don't feel left out if you can't travel to Oregon. Below are 17 movies to watch if you love Halloweentown that will help you celebrate the Disney classic without a road trip.

Halloweentown is bound to hit the airwaves this Halloween season, but until then, fans might have to go looking for their carefree, family-friendly Halloween fun elsewhere. If you're desperately in need of Halloweentown feels, these 17 movies should help satisfy you, at least until the real thing comes along. Some of these movies aren't exactly Halloween-specific, but they are just as magical as Halloweentown. And, really, what more can you ask for?

If you thought Disney would stop with just one Halloweentown, you're crazy. Disney has released four Halloweentown movies over the years, though only the first three — Halloweentown, Halloween II: Kalabar's Revenge, and Halloween High — star Kimberly J. Brown as Marnie.

Spy Kids isn't really a Halloween movie, but like Halloweentown, it's about kids who get dropped into a strange, new, magical world. It's also freaky AF, and definitely Halloween-worthy.

Twitches is a lot like Halloweentown, but with Tia and Tamera Mowry.

Mary-Kate and Ashley Olson were just little kids when they made Double, Double, Toil and Trouble, a creepy Halloween movie involving an evil witch and people being stuck in mirrors.

Real talk: Casper the friendly ghost could be a resident of Halloweentown.

If you're looking for a Halloween movie that's Halloweentown charming, but more adult, look no further.

Goosebumps is another family-friendly Halloween movie to put on your watchlist. It's not as enchanting as Halloweentown, but, really, what is?

Paranorman, with its YA feel and freaky ghost story, will satisfy your Halloweentown craving in a pinch.

I think we can all agree by this point that witches are the best. If Marnie's discovery of her powers is your favorite part of Halloweentown, then you'll love Matilda.

Despite it's name, Halloweentown isn't all about magic. The movie is really a story about a girl discovering her identity, just like The Princess Diaries.

For you Kimberly J. Brown fans out there.

If magical worlds are more your thing, Stardust is a nice fantasy movie that creates an entirely new reality.

Do you like magic? Do you like hot men? Then, boy, have I got something for you...

Obviously, if you want a magic world, you want Harry Potter movies. This is non negotiable.

All of these movies are great Halloweentown companions, but they're also fun Halloween season movies that you can also watch all year long.

More like this
12 Years Ago, Austin Butler Manifested His Oscar Nom In This Disney Movie Scene
By Jake Viswanath
Sandra Bullock’s Razzies Speech Proves She’s The Ultimate Miss Congeniality
By Sam Ramsden
Anne Hathaway Shared A "Thrilling" 'Princess Diaries 3' Update
By Darshita Goyal
11 Movies To Watch At The 2023 Sundance Film Festival
By Chloe Foussianes
Get Even More From Bustle — Sign Up For The Newsletter
From hair trends to relationship advice, our daily newsletter has everything you need to sound like a person who’s on TikTok, even if you aren’t.