On Thursday, Andy Cohen, Teresa Giudice, Melissa Gorga, Jacqueline Laurita, Dolores Catania, and Siggy Flicker got together for what I assume was a polite and and non-confrontational and respectful and mellow discussion about the seventh season of The Real Housewives of New Jersey. Oh, wait. That came out wrong. Let me try again: the RHONJ Season 7 reunion taped this week, and I bet it was a veritable tire fire that only Andy Cohen could extinguish. And I mean that in the best way. There are some things that happen at every Real Housewives reunion, and heated confrontation is certainly one of them.

I don't mean to brag or anything, but I've seen every RH reunion that's aired on Bravo (what's that I hear? A round of applause? For me? Wow, you're far too kind), so I suppose I'm fairly familiar with these post-season extravaganzas. I wouldn't say I could quote them all word-for-word, but I am comfortable enough with the material to compile a list of things that happen at most, if not all RH reunions.

1. At Least One Real Housewife Pulls Proof Out Of The Couch

Phone records, folded up photographs, and manila folders, oh my.

2. At Least One Real Housewife Stands Up & Threatens To Leave The Stage

And sometimes, when things get really gnarly, she makes it all the way to the dressing room where she takes a moment to cool down.

3. At Least One Real Housewife Adjusts Her Gown

Gotta make sure everything is where it should be, you know?

4. At Least One Reconciliation Is Sealed With A Hug

A reunion hug guarantees you'll remain on friendly terms for at least a week.

5. At Least One Real Housewife Says Something That Immediately Becomes An Iconic Real Housewives Zinger

The Real Housewives really let the zingers fly at the reunions. And we are so fortunate.

9. At Least One Screaming Match Spirals Out Of Control & Prompts Andy Cohen To Say Something Along The Lines Of “Let’s Move On”

I guess even deities lose their patience.

10. At Least One Real Housewife Brings Up A Social Media Fight

Bonus points to anyone who brings up a passive aggressive RT.

11. At Least One Real Housewife Shakes Her Head While Watching A Clip From The Season

12. At Least One Real Housewife Throws Etiquette To The Wind & Asks An Important Question

13. At Least One Real Housewife Says She Is D-O-N-E With The Reunion/The Show/The Rest Of The Cast

Bonus: At Least One Bird Crashes The Reunion 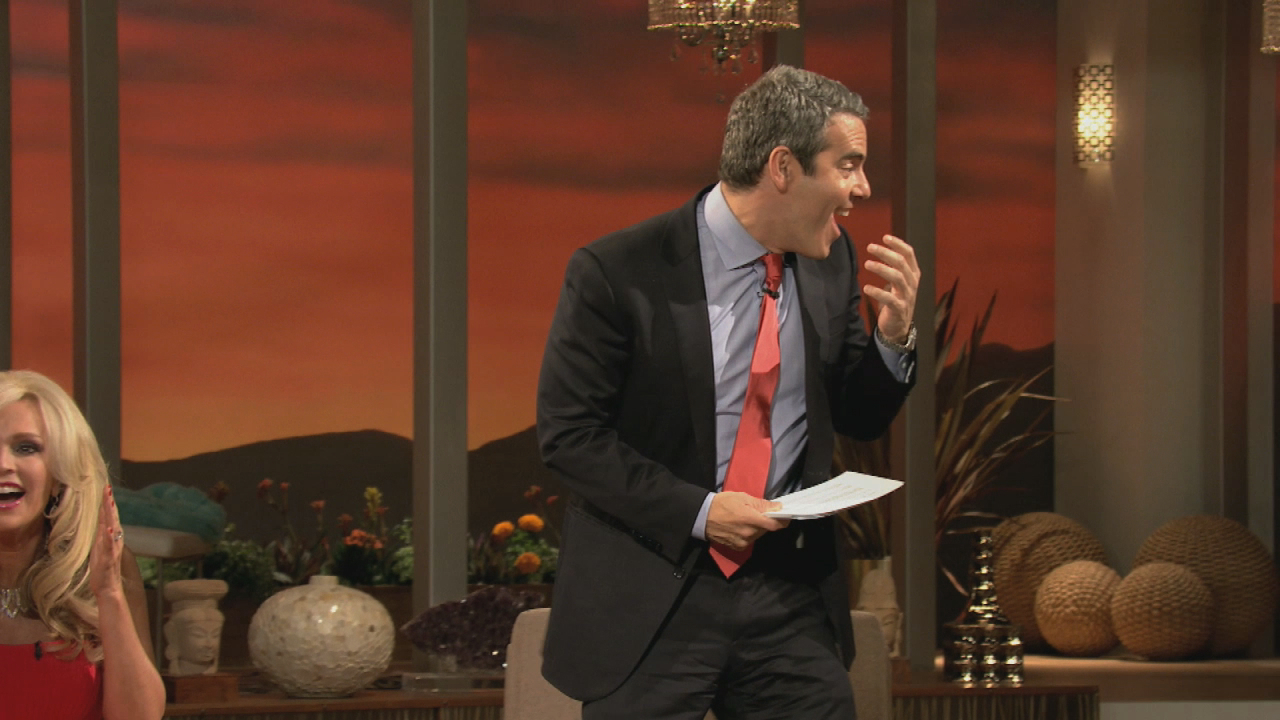 Oops, nope. Sorry. If my memory serves me correctly, only one reunion in the history of the franchise has been interrupted by a winged critter. I wiiiiiish a bird crashed every reunion. If I were that bird, I would never stop bragging about this moment to all of my bird friends. I bet that bird lines his nest with the phone records and medical records and printed out text conversations left behind at reunions.

Hey, RHOC reunion bird, wherever you are? Thank you for everything.