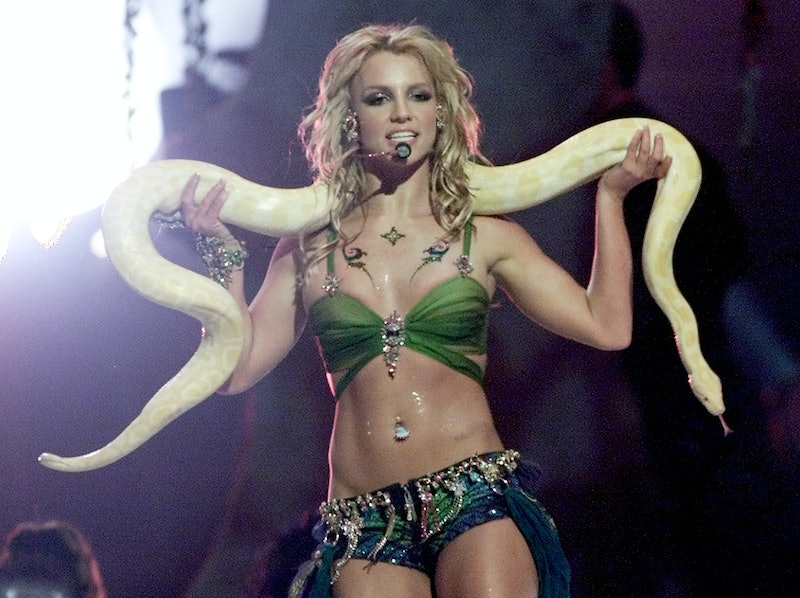 There are a lot of things you think are unique to the '90s, but aren't. '90s kids lay claim to loads of different things that originated long before they could even say "As if!" This syndrome seems quite specific to the '90s, a decade that is revered by those who lived it as the most magical decade to ever have existed. We had purple Dr. Martens. We had Kurt Cobain. We had platformed Sketcher sneakers. We remember the '90s as a time of weirdness and plenty, and things like slap bracelets, Britney Spear's midriff, and troll dolls were ours and ours alone.

Unfortunately for '90s kids, these things weren't unique to the '90s. Some of the things on this list weren't even invented in the '90s. That's right, some of your favorite '90s tchotchkes actually originated much earlier — as early as the 6th century, in one case. It's time to start dispelling some popular myths about things we think are unique to the '90s, and giving credit where credit is due. After all, why should we overlook that some of the best things from the '90s were actually bought to us courtesy of the '60s? Prepare to have your mind a tiny bit blown: there are the things you've always attributed to the '90s that aren't actually unique to the decade at all.

So slap bands are actually from the '80s. They were invented by a Wisconsin shop teacher named Stuart Anders before being developed and distributed by Main Street Toy Co. Sure, they continued in popularity through the '90s, but '90s kids certainly can't claim slap bands as a unique '90s trend.

Lisa Frank trapper keepers were super popular in the '90s, sure, but '90s kids can't lay claim to them the way they often do. The Lisa Frank company was actually started in 1979, and the products continue to be wildly popular with kids today.

People who grew up in the '90s act like the Walkman was an exclusively '90s product. It might have been super popular with kids at the time, but the Walkman was actually around long before the '90s. The first Sony Walkman dates back to 1979.

When you read things about the '90s, you'd think '90s kids thought they invented note passing. Sorry '90s kids, people have been passing notes SINCE WRITING WAS INVENTED.

'90s kids lay claim to the movie Labyrinth as though it was the greatest thing made in the entire decade. But Labyrinth was actually made in 1986. So it's not exactly unique to the '90s.

We're all about chokers now, so they're obviously not unique to the '90s, but we do talk about them as a uniquely '90s trend. This is a misnomer. Chokers have been in fashion since the late 1700s, and can be seen in Impressionist art, in the high fashion of the 1800s, and even on trend in the '40s.

Our rooms were littered with inflatable pillows and chairs in the '90s, and we took full responsibility for the popularity of this terrible, terrible trend. Why? I don't know. Luckily, we can pass the buck: inflatable furniture was actually huge in the '60s, too.

8. Britney Spears (And Her Midriff)

We were blessed with Britney for the first time in 1998 when she released "... Baby One More Time." Despite us acting as though Brit was a purely '90s pop phenomenon, the bulk of her career happened in the '00s. And that iconic VMAs performance with the yellow python that we for some reason remember as happening in the '90s actually happened in 2001!

No, the '90s did not invent tie dye. Tie dye was a big deal in the '60s, but it dates back even further. Tie dye has its origins in the 6th century. So it's time for '90s kids to really let go of that one, as it certainly isn't unique to the decade.