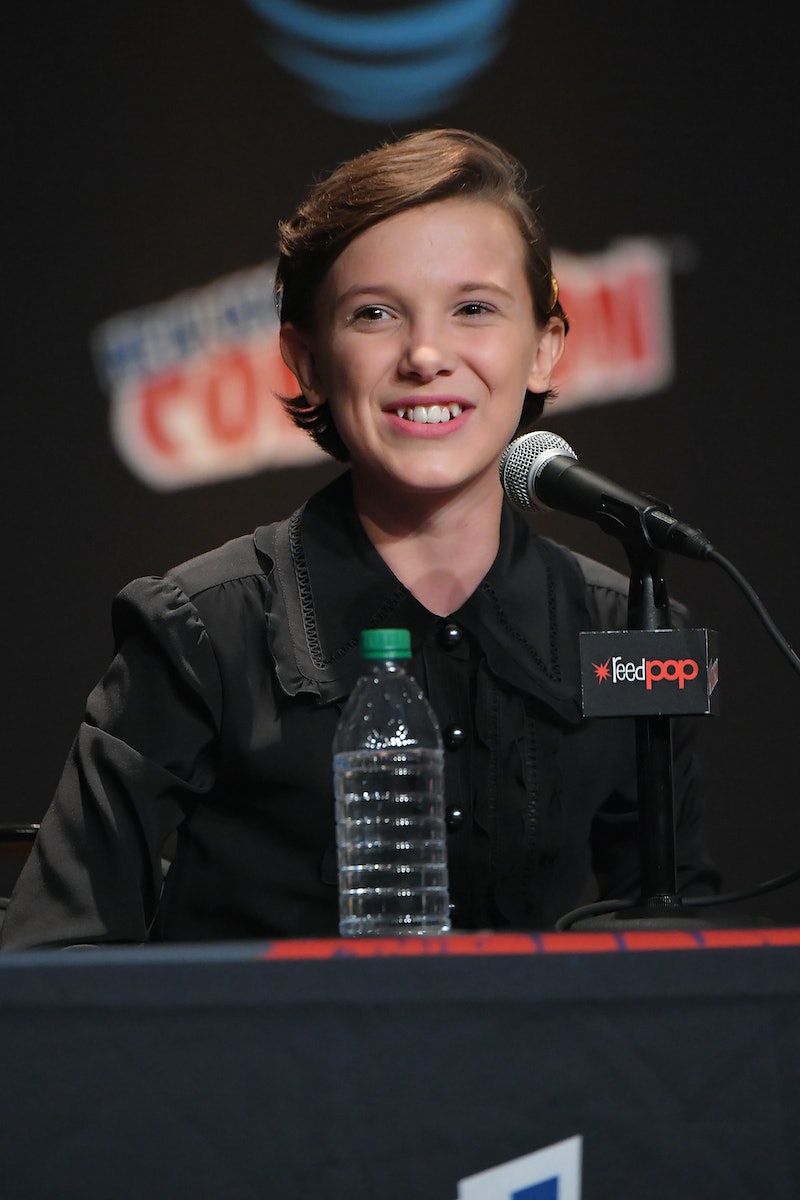 It is a truth universally known: Millie Bobby Brown, one of the young stars of Stranger Things, is perfectly poised to transition to full-blown stardom very soon. Following her breakout role as Eleven on the current jewel in Netflix's crown, Brown has spent the last few months on a whopper of a press tour with her co-stars, and has managed to charm fans with her wit, intelligence, and various hidden talents. And now, it seems that she even has a plan for achieving that stardom. During a Stranger Things panel at the New York Comic-Con including co-star David Harbour (Hopper) — which Bustle was in attendance — Brown revealed she's looking for her next big project, and it's way different to Stranger Things.

Now a rising star, choosing the next big project is a pivotal step for Brown. And, apparently, she envisions herself going into more comedy-driven projects. "I'd love to do a project where I'm funny," Brown quipped during the NYCC panel. Say what? This would actually be huge for Brown. While she's certainly been able to show off her knack for lightening to mood during some Stranger Things scenes, I think it's fair to say we have not seen enough of her skill, however apparent it may be. Casting her in a role that could allow her to really zero in on her comedic inclinations would be an utterly delightful development.

Although she didn't need confirmation from Harbour, she was quick to ask him whether or not she'd be right for the job. "I'm quite funny. What do you think about that David, do you think I'm funny? I think I'm quite funny. I'd love to do a comedy. I went for so many comedies. I went for The Boss with Melissa McCarthy and I'm just not that child." Honestly, I have no idea how to even feel about this but all I know is that I can confirm that Brown is indeed a funny young woman and I need to see her in all future comedies ASAP.