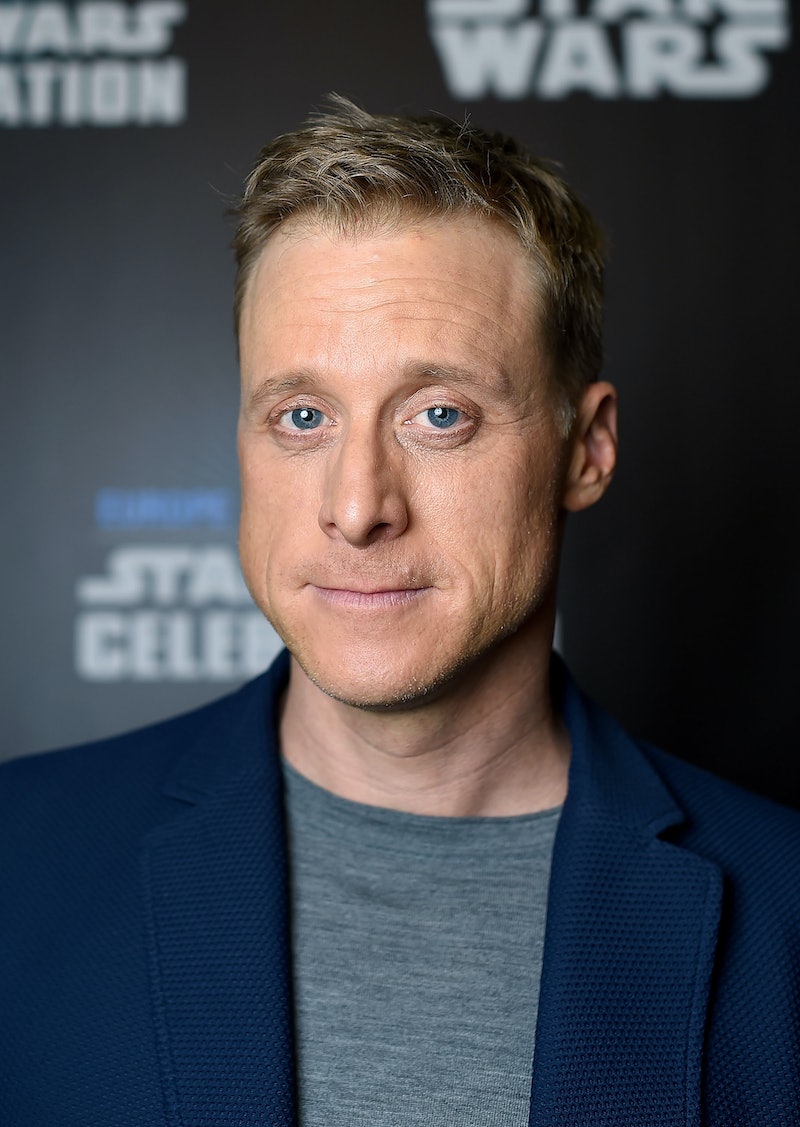 We're only a few short months away from Star Wars: Rogue One premiering and Alan Tudyk (aka K-2SO) is eagerly stirring up the excitement. For a lucky New York Comic Con audience, Tudyk came prepped to dish up some anecdotes about his time on set and his answers were so revealing. Luckily, Bustle was on the scene at NYCC to hear Tudyk too, and what you're about to read will genuinely delight you — especially if you're a Star Wars fan. As far as Tudyk's favorite character goes: "It's split between Felicity [Jones'] and Diego [Luna's] characters Jyn and Cassian. I act pretty much exclusively with them in the movie because I belong to Cassian; I'm his droid [and] he programmed me."

It seems only natural that as K-2SO, Tudyk might be predisposed to call Cassian (Luna) his favorite. They're Resistance buddies and it's literally programmed into his system. But it sounds like Tudyk's bromantic affection for Cassian also existed IRL. During the panel discussion, he was readily complimentary about Luna: "Diego's very funny. [...] We were buddies in the movie and it was very fun. Felicity's awesome [too]. Just a beautiful, beautiful, beautiful person in her heart."

Even better, the way Tudyk tells it, the banter on the Rogue One set wasn't as serious as the film itself. While Tudyk couldn't go into too much plot detail, he was able to tell the audience about the hardships of filming as a droid.

"[There was one time] I was on stilts [...] because the character is very tall and lanky [...] I stood on a cliff, (you can see it one of the teasers) [and] the cliff on the other side was death and it was one of the first things we shot. It was like, "My god, you can not be on your stilts," so we had this [...] backpack and it had a telescoping head at the top ... you've got to wear that for safety reasons and Diego's like, 'Alan, that's terrible what has happened. Everyone respected you so much until you put that damn thing on. For the sake of the movie and for the love of god, take it off.'"

On that note, I think that Tudyk has just solidified my excitement for and resolve to see Rogue One at all costs. It's. Going. To. Be. Epic.