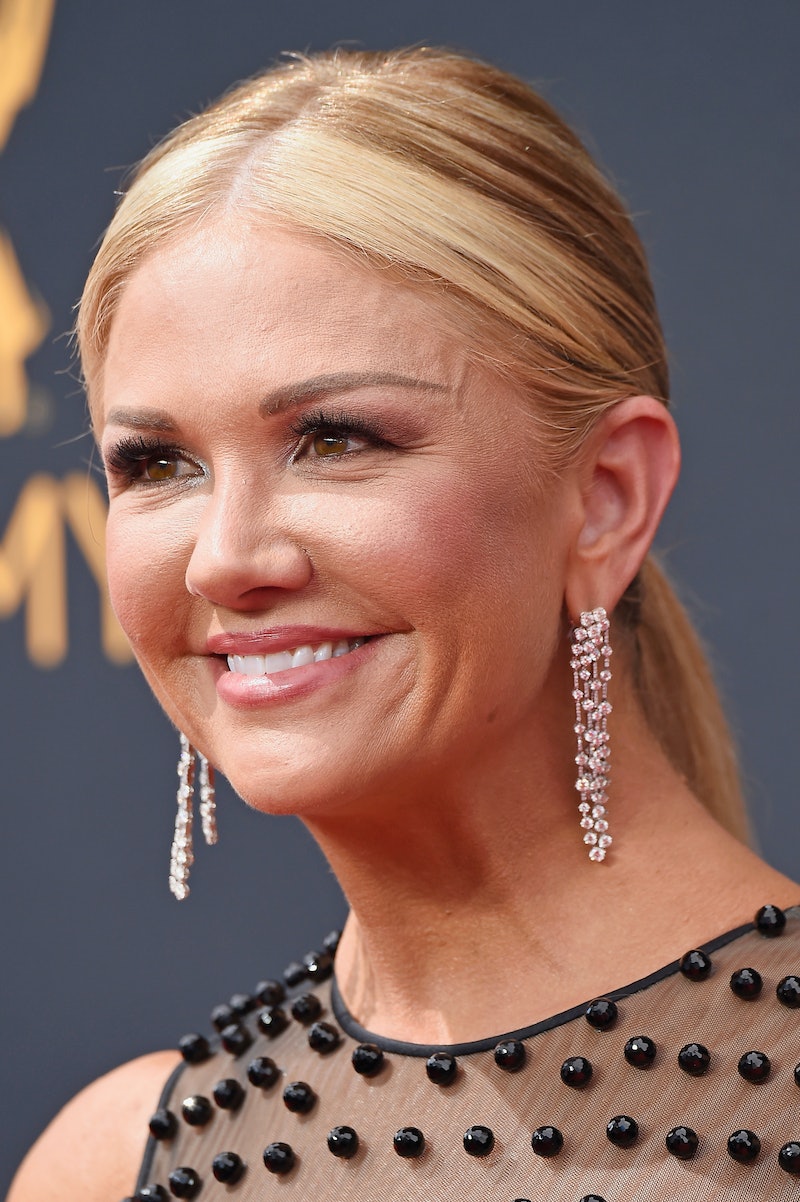 After being mentioned in Republican nominee Donald Trump's outrageous and offensive recorded chat, Nancy O'Dell has released a statement calling out Trump's remarks, saying "no female, no person, should be the subject of such crass comments, whether or not cameras are rolling." The entertainment journalist was identified by Access Hollywood as the “Nancy” referred to by the GOP candidate in the controversial tape.

In her statement, released on the web site for her current show, Entertainment Tonight, O’Dell said, “Politics aside, I’m saddened that these comments still exist in our society at all. When I heard the comments yesterday, it was disappointing to hear such objectification of women."

"The conversation needs to change," she added.

The former reality show host-turned-politician has seen his fortunes shift dramatically over the last 24 hours, with many in his own party abandoning him following the release of the tape.

O’Dell was an anchor on Access Hollywood at the time of the recording, and Trump discussed his attempts to sleep with her, mentioning the fact that he knew she was married. “I moved on her like a bitch,” Trump said in the tape. “I did try and fuck her, she was married.”

Trump was filming a segment for Access Hollywood about a cameo he was making on the soap opera Days of Our Lives.

Despite her grisly treatment by Trump, O’Dell ended her statement on a hopeful note, saying, “Everyone deserves respect no matter the setting or gender. As a woman who has worked very hard to establish her career, and as a mom, I feel I must speak out with the hope that as a society we will always strive to be better.”

Trump issued an apology for his statements in a Facebook video Friday night, saying he “regretted” the words “on this decade-old video,” but then proceeded to attack his Democratic opponent, Hillary Clinton.

As of Saturday afternoon, despite rumored discussions between top Republicans of replacing Trump on the ticket, Trump is still planning on attending Sunday’s upcoming debate.