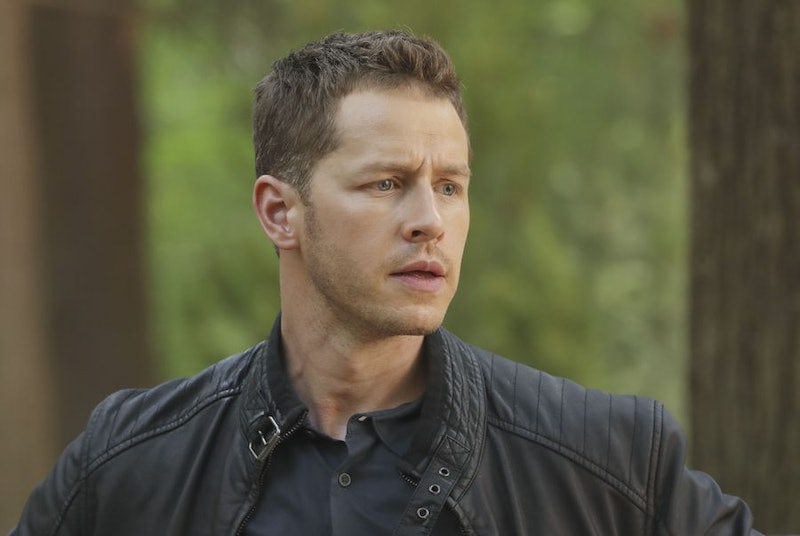 Remember how last week the Evil Queen on Once Upon a Time hinted to David that his father’s death wasn’t an accident like he always thought? Well, it turns out she wasn't just saying that to get inside his head. After making a deal with Rumple (as one does if you ever want anything in this town), David was given more information about the details surrounding his father's death and discovered that it wasn't due to a drunken mistake — he had been stabbed, meaning someone intentionally murdered him... the only question is, who? Who killed David's dad on Once Upon a Time ? That remains unclear as of now, but our beloved Prince Charming intends on finding out.

My first thought was the Evil Queen since it would explain how she knew the death wasn't an accident and it would complicate his growing friendship with Regina. But then again, maybe she's too obvious of a suspect? I'm tempted to believe it'll end up being someone we already know, thereby making the eventually revelation all the more heartbreaking. Otherwise, the point of the story would feel a little out of place. However, that's not the only thing we should be worried about here.

Normally, I'm all for a new adventure, but when David explained his concerns to Snow she tried to talk him out of pursuing it, fearing that it would take him away from his family for unnecessary reasons. And while he agreed that staying with his family was much more important, he ended up not destroying the intel he got on his dad like he said he would. In other words, he's now keeping something from the love of his life, and anything that makes him lie to Snow is never a good thing in my book. I just hope that this quest to solve the mystery of his past doesn't end up destroying his future happiness in the process.