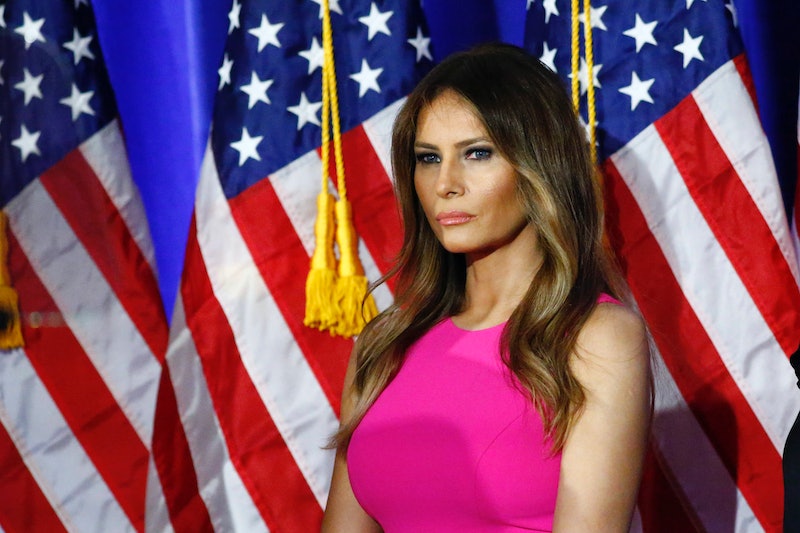 Well, make that two consecutive weeks that a certain would-be presidential spouse got her own mini-segment on Saturday Night Live ― "Melania Moments" on SNL came back for a second straight episode, raising the very real possibility you'll be seeing at least a few more before election day. In case you missed the first installment of the brief, Melania-centric sketch (the part is played by Cecily Strong), it showed the wistful Ms. Trump gazing out her penthouse window in Trump Tower, wondering where the passersby go after they depart from 5th Avenue.

The entire concept has a very familiar feeling, as it's somewhat reminiscent of the memorable Jack Handey SNL segments of old ― understated yet funny quick-hit segments that revolve around a familiar voice, in this case a narrator who's describing Melania's inner monologue.

While the former model and potential First Lady was preoccupied with the 5th Avenue foot traffic in the inaugural episode, in the second installment, she's gripped by a far more serious and urgent situation. Namely, that she was struck by a chilling realization ― that her "replacement," which is to say Donald;'s future wife, had just been born "in rural Latvia." And she knew what she had to do.

"I must find this girl, and banish her to the woods," she thought to herself. "Not for my sake, but for hers."

Needless to say, this week's entry in the seires is a little more pointed than last week's, taking aim at the Republican presidential nominee's well-documented views on women and aging, some of which was just recently blown open in a major report by CNN's KFILE.

But regardless of whether or not any future "Melania Moments" prove to be making a sharper point about the Trumps, or whether it's a lighter bit of comedy like the one in the season opener, this is something fun to look forward to in the weeks to come ― although, by virtue of the narration and silent protagonist, you don't get to see much of Strong's impression of her, which is pretty, well, strong.

For what it's worth, there are exactly four more Sundays between now and election day. So assuming Melania becomes less of a target for satire if and when her bombastic husband loses on Nov. 8th, it's possible you'll only get four more of these. In other words, enjoy them while they last!