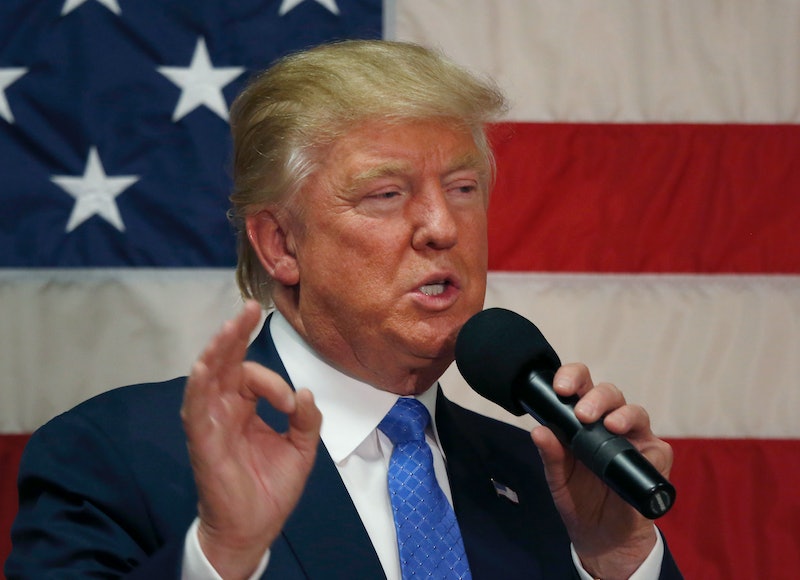 Tic Tac just became the latest in a long line of names to distance itself from Donald Trump. The mint company took to social media to denounce the presidential candidate for making vulgar comments about women in a 2005 audio and video recording. And, as evident by Tic Tac's response to Trump, it's just as upset by his words as you are.

The company issued the statement after Trump referenced the breath-freshening mint candy in the leaked recording, first made public by The Washington Post on Friday. "I’ve got to use some Tic Tacs, just in case I start kissing her," he says while reportedly discussing Arianne Zucker, an actress on the set of the soap opera Days of Our Lives. "You know I’m automatically attracted to beautiful — I just start kissing them. It’s like a magnet. I just kiss. I don't even wait."

The video has led dozens of Republicans, including Speaker of the House of Representatives Paul Ryan and Senate Republican Majority Leader Mitch McConnell, to publicly speak out against Trump's words. Even his running mate, Indiana governor Mike Pence, and wife Melania Trump have expressed offense at the comments, with the former releasing a statement, saying, “I do not condone his remarks and cannot defend them. I am grateful that he has expressed remorse and apologized to the American people.”

Trump issued a public apology early Saturday via a 90-second video, in which he tells voters he has never claimed to be "a perfect person" and that the words captured by a hot mic in the video "don't reflect who I am." He also made it clear that he doesn't plan on dropping out of the presidential race, despite the public backlash.

This isn't the first time during Trump's campaign that a candy brand has disassociated itself from the Republican nominee. Last month, Skittles' parent company, Wrigley Americas, also issued a statement after Donald Trump Jr. compared Syrian refugees to a bowl of the candy. "Skittles are candy. Refugees are people," the company wrote in response to the comparison.

Trump and Democratic nominee Hillary Clinton are scheduled to face off in their second presidential debate on Sunday night.