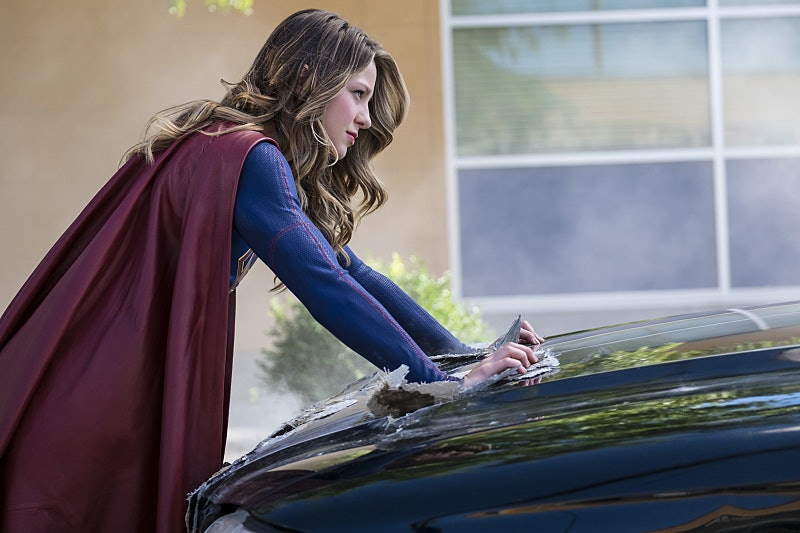 After Supergirl's first season, the series was largely praised for how well it managed to craft another great entry into the DC TV universe, though many fans found it somewhat puzzling that the series aired on CBS while Arrow and The Flash are on The CW. But that's about to change. Supergirl Season 2 will air on The CW, so staring on Oct. 10, you'll be tuning into that network to catch the latest episodes, not CBS. If you're worried that the change will throw off your entire fall TV-viewing schedule, you shouldn't be. Even though it changed networks, Supergirl is still on Mondays at 8 p.m. ET every week, just like it was last season, so the only thing you'll need to change in your DVR is the network, not the day or time.

I actually think this network switch was a great move for Supergirl, even though CBS tends to have larger audiences than The CW. First of all, the ratings for its first season were not particularly impressive. CinemaBlend compiled the ratings and showed how the series debuted strong but quickly fell off in popularity, going from an incredible premiere to a disappointing couple of followup episodes. In addition to the potential to actually attract more viewers, here's why I think Supergirl will only see positive results from airing on The CW.

It Will Be Closer To Its Sister Shows

Supergirl was a little marooned over on CBS. There were no other superhero series on that network, while there are already three established on the CW: Arrow, The Flash, and Legends of Tomorrow. These shows already advertise together and cross-promote constantly, and now Supergirl can join that team and reap the benefits.

The CW Has A Great Track Record For Female-Driven Shows

Right now, CBS has a few good series with female protagonists, like Mom, and in the recent past had series like The Good Wife. But currently, The CW, which has fewer original series overall, has some real standouts like Jane the Virgin and Crazy Ex-Girlfriend that don't just have female protagonists, but operate from a thoroughly feminist point of view, just like Supergirl.

It Already Had An Excellent Flash Crossover

Midway through the shows' seasons, Supergirl and The Flash crossed over for the episode "Worlds Finest." It was a great self-contained adventure that introduced Kara to her first CW hero and was a big step for Barry traveling to other worlds with his powers (he's currently dealing with some fallout from similar experiments on The Flash Season 3).

It Will Be Open To Even More Crossovers

Now, the crossovers don't need to stop there. There's already a Supergirl , Arrow , Flash , and Legends of Tomorrow crossover planned for this year.

It Should Have An Easier Time Finding Its Audience

Let's be real. While Supergirl is entertaining and well-made enough to appeal to lots of people, it truly caters to a younger female audience — an audience already being served by The CW. I think Supergirl will have an easier time pulling in new viewers, because preestablished fans of The CW are in its prime demographic and likely already watching one of the network's other superhero shows.

Overall, when Supergirl moves to the CW for its second season premiere on Monday, Oct. 10, I think it will fit in perfectly and hopefully, find some more viewers. And we don't have to worry about the series losing any returning fans, because it will still air on Mondays at 8 p.m.