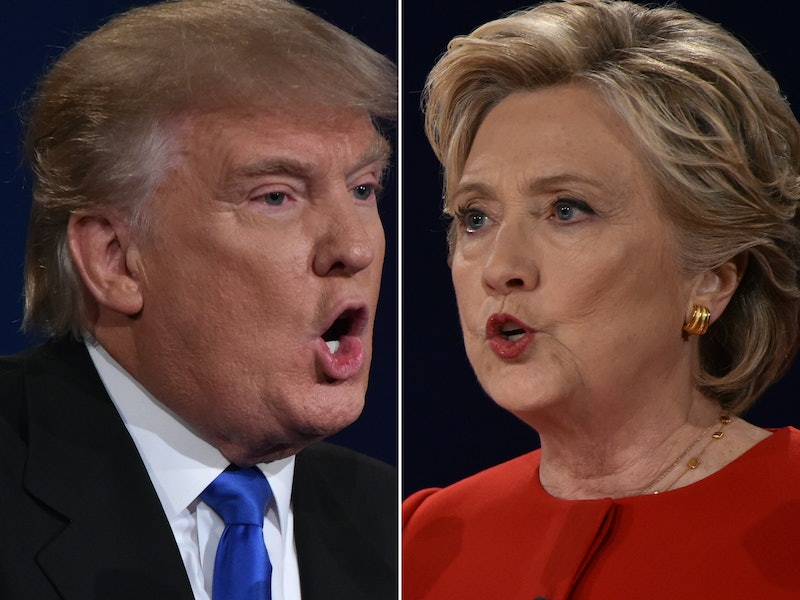 The second presidential debate is just hours away, and it's shaping up to be a colossal television event ― the first of the three face-offs broke viewing records, and this one is coming in the midst of a full-blown catastrophe for the Trump campaign. Video released earlier this week showing Trump boasting about being able to "grab [women] by the p***y" thanks to his celebrity status, the GOP nominee's record of misogyny and understanding of sexual consent are under a microscope. So, here's a question: will Hillary Clinton shake Trump's hand before the debate, even amid this bombshell scandal? Update: They did not shake hands.

Earlier: It's more or less a perfunctory part of any presidential debate, an expression of the basic respect the candidates are meant to have for one another ― a handshake and a brief greeting right before the showdown begins. But under these circumstances, given the substance of the scandal that seems to be destroying Trump's campaign in slow motion, some in the media are openly wondering whether Clinton will even extend that courtesy. And if she declines to do so, it's going to set the first any only town hall-style debate of the 2016 campaign season off on a contentious and dramatic note.

In fact, setting aside the moral arguments involved, there are actually strategic reasons to think a handshake snub could benefit Clinton. As Business Insider Senior Editor Josh Barro argued on Twitter in the hours leading up to the debate, Clinton opting to shun Trump's attempt at a handshake (assuming it's offered) would surely frustrate and infuriate the GOP nominee, a state of mind which did not serve him well during their initial clash at Hofstra University.

Still, it's undeniable that the move would carry some measure of political risk, under circumstances where Clinton could probably just as easily play things safe, relying on Trump's seemingly unlimited willingness to self-implode. It's an interesting strategic argument, to say the least, but given the backdrop of the campaign right now, it might not be a gamble Clinton has much interest in taking.

Also, even though it can't be overstated how beneficial it'd be for Clinton to catch Trump on his heels, there are any number of ways she could try to get under his skin, regardless of whether the handshake is in question. One thing's for sure, you won't want to miss what happens ― the debate will be starting at 9:00 p.m. ET, and will be aired on all major news networks, as well as streaming online.