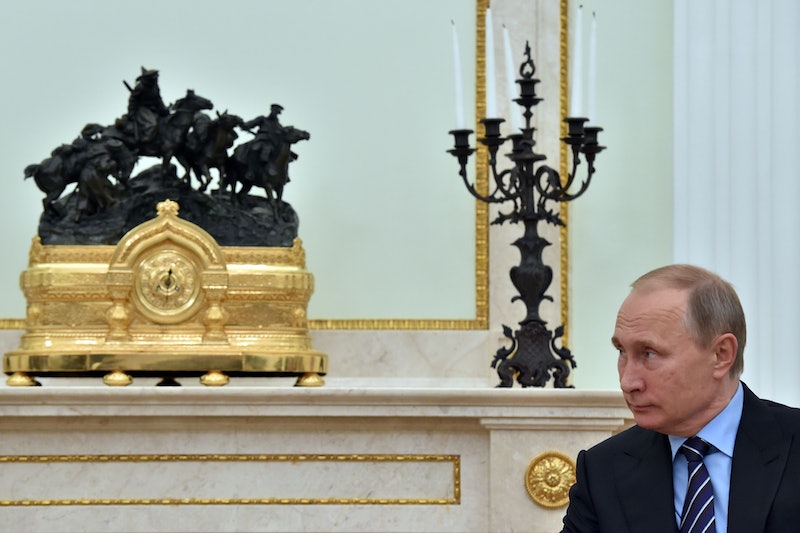 During his second presidential debate with Hillary Clinton, Donald Trump said he knows nothing about Russia. His literal words were, "I know nothing about Russia," and that's a concerning thing to hear from somebody who's running for president. Immediately afterwards, he backtracked, saying "I know about Russia," before clarifying that the thing he doesn't know anything about is actually "the inner workings of Russia."

Claiming that you know about Russia, but don't know about its inner workings, is a strange position indeed. The most reasonable interpretation I can think of is that, while Trump doesn't claim to know anything about Russia's domestic policy, how its political system works, or what its living conditions are like, he does purport to know something about Russia's standing from a geopolitical standpoint. Still, if you don't know anything about the inner workings of a country, it's hard, if not impossible, to understand how it interacts with the rest of the world

Nevertheless, "I know nothing about Russia" is a line from Sunday night that will surely make its way into a future Clinton campaign ad, and it's not the only one. During a back-and-forth with Clinton about health care, Trump "allowed" Clinton to speak first, explaining that "I'm a gentleman." The clip of Trump saying "I'm a gentleman" will almost certainly be juxtaposed with the recently-unearthed 2005 audio of Trump saying "grab them by the p*ssy* and bragging about his ability to commit sexual assault without any repercussions, because he's "a star."

Trump has been very complimentary of Russian President Vladimir Putin throughout this campaign, and there has been widespread speculation that Putin and his regime would like Trump to win this election. In July, Trump publicly asked Russia to unearth Clinton's deleted emails, and days before the second debate, the Obama administration formally accused the Russian government of attempting to hack November election.