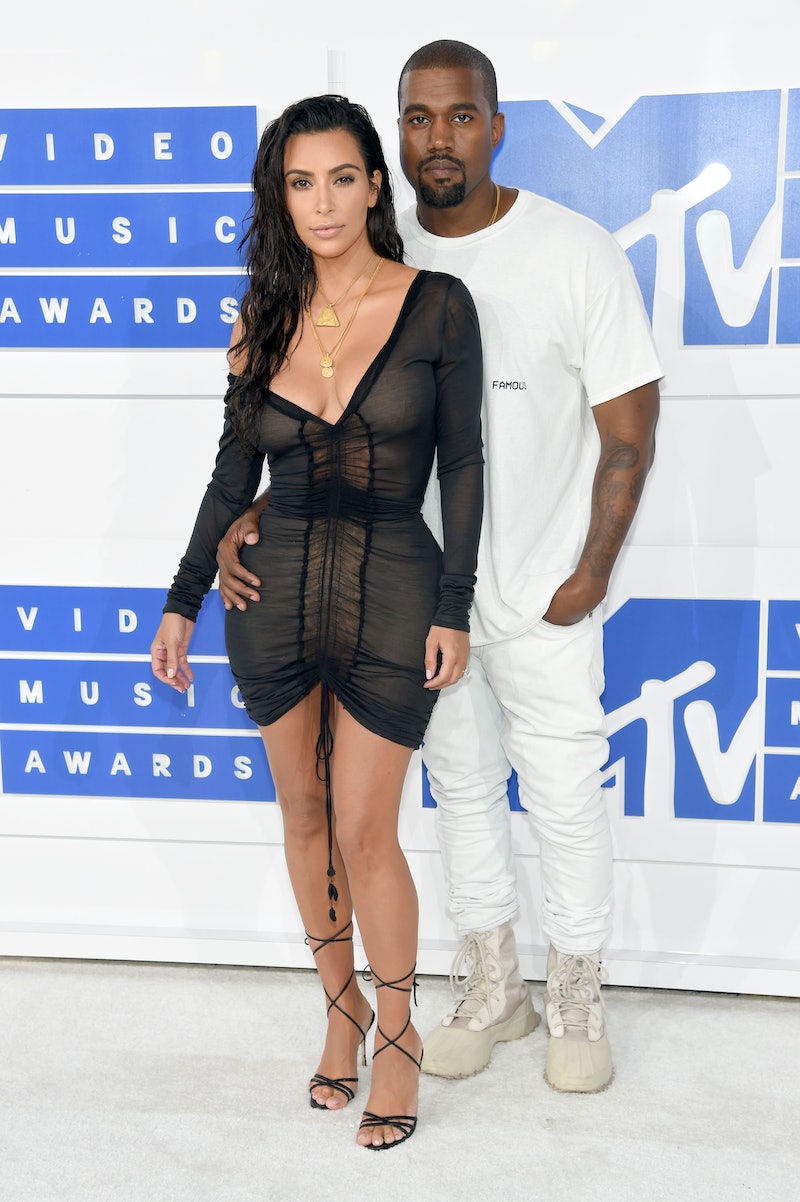 After finding out about Kim Kardashian's robbery last week, one of the first questions I had was about her security team. Where was her bodyguard when the attackers broke into her Paris apartment and stole more than $10 million of her belongings? Fortunately, it wasn't a case of someone sleeping on the job; her bodyguard, Pascal Duvier, was actually keeping an eye on Kourtney Kardashian and Kendall Jenner at a club nearby. But if you were worried the incident would lead to him losing his job, don't be. On Friday, Duvier was working at a Kanye West concert, so it seems he's still working with Kardashian and her family after all.

According to People, Duvier was spotted working security at a stop on West's Saint Pablo tour — his first since Kardashian was attacked at gunpoint in Paris, France — and judging by West's tour schedule, that stop must have been in Chicago. On Monday morning, a report from TMZ stated that Kardashian and her family allegedly hired former Secret Service agents to become part of her entourage. Bustle has reached out to a rep for Kardashian and her family about their change in security but has yet to hear back.

So far, it seems like Duvier will remain on the team, too, at least for now. Sources close to the situation have told People that Duvier's future with the Kardashians mostly depends on what West decides, although he is reportedly well liked by the famous family.

Pascal still works for them. He isn’t irreplaceable though. The family really likes him, but he is not a family member. The new media report isn’t making a difference for the family right now. But Kanye is evaluating his family’s needs. He is ultimately the one who decides what happens with Pascal.

People also added that Kardashian reportedly doesn't blame Duvier for what happened, and that she was allegedly the one who decided to send him with Kourtney and Jenner to the party. In a statement to the Daily Mail Duvier released last week, he said:

The events that occurred in Paris was one of the most sickening things I have seen or heard. We have tips and leads and we will find you. That I promise you… you messed with the wrong one.

So far, West and Kardashian have yet to speak out on what happened — or Duvier's place on their security team — since the incident, but I'm hoping that comes soon. And for now? It's good to see that it doesn't seem they're upset with Duvier for not being there with Kardashian when the attackers struck. With just one bodyguard and multiple family members to protect, it would have been hard for him to be in two places at once. Hopefully, this is just a one time thing, and Kardashian and her family will be able to find peace and feel safe again soon, whether or not Duvier remains on their staff.