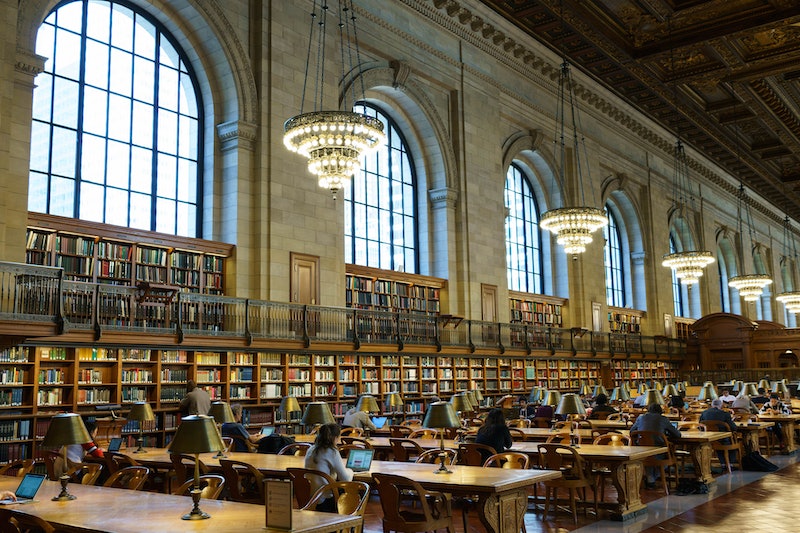 At some point or another, every book-lover has daydreamed about sleeping in a library — or even better, living in one. With an endless supply of books to get through, I'm not sure I'd ever leave the house. And not too long ago, this dream was a reality: across the city, library custodians and their families lived in apartments in the Carnegie libraries, branches of the New York Public Library. Now, there are only 13 left (including two in non-Carnegie buildings) — and they've fallen into disrepair.

Around a century ago, the 30 Carnegie libraries were heated by coal — and so custodians were given the task of keeping the fires burning, and keeping the library warm. It is thought that every library had its own apartment to house the custodian and their family, as keeping the furnace burning would be a 24-hour live-in job. Sharon Washington was the daughter of one of these custodians, and so she lived our wildest dreams, growing up quite literally in the library. Washington told The New York Times about throwing her birthday parties in the library (so jealous!) — and how she would spend her days browsing the shelves, "creating these worlds for myself."

Unsurprisingly, these apartments were one of the main perks of the job. If you look at advertisements from 1949, you'll see custodian positions advertised with a salary of $60.83 a month and a spacious five room apartment.

But with the death of the coal furnace, one by one the families moved out. The last apartment was vacated as late as the 2000s, when the custodian retired and moved away. Many of the apartments were converted into extensions of the library— and the few remaining apartments feel more like haunted houses than the gorgeous, book-filled apartments of our imaginations.

The paint is peeling off the walls and ceilings; the windows have been bricked up; abandoned mirrors and posters on the walls are covered in dust. Once upon a time, these bookish apartments would have had us green with envy — but now they are the library system's guilty secret. Irish Weinshall, the library's chief operating officer, told Atlas Obscura that "it's almost criminal not to turn these apartments into program space" — but due to a lack of funding, most of them are currently still sitting unused.

It won't be long, though. Many of the vacant apartments are already scheduled to be renovated — and the rest will follow. The Library offers an increasing range of services to the public, from ESOL classes and after-school programs to help with job hunts, and therefore it is a priority for them to maximize usable space. In a few years, the last of these apartments will be gone, and our dreams of living in the New York Public Library will be gone with them.