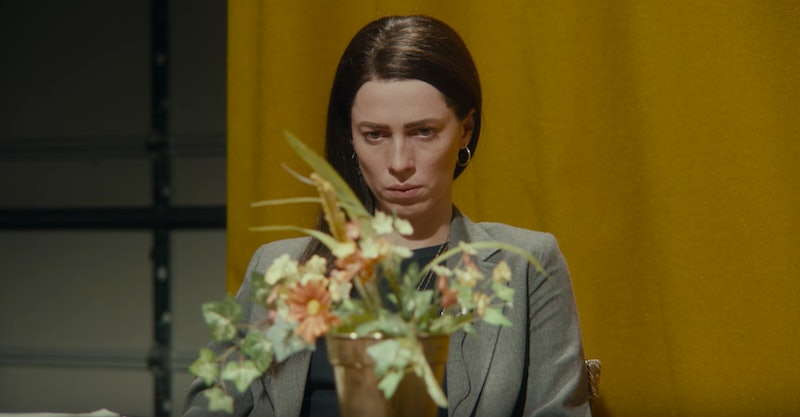 On July 15, 1974, Christine Chubbuck, 29, shot and killed herself on live television. An anchor for a local morning talk show in Sarasota, Fla., Chubbuck looked straight into the camera, took out a .38 revolver and shot herself in the head mid-broadcast. She died at the hospital hours later. The story of Chubbuck's suicide briefly became national news, but was soon forgotten, as in 1974, there was no YouTube or TiVo, no way for video of her death to be widely seen or go viral (as, let's face it: it would have). And while the event is re-enacted in the new film based on Chubbuck's story, Christine, there is no actual video of Christine Chubbuck's live suicide that is known of — which is completely for the best.

Video footage of Chubbuck's suicide has been sought after by Internet sleuths for decades. After all, she did shoot herself on live television — surely there must be a recording somewhere. Yet VCRs didn't become mainstream until 1975, a year after Chubbuck's death, and it's unlikely anyone in Sarasota was recording Chubbuck's morning talk show on the day of her death. The station, WXLT Channel 40, never re-aired the footage and has not released it. However, it appears that station owner Robert Nelson kept the tape of Chubbuck's suicide, and his wife, Mollie Nelson, told Vulture that she put it in the custody of "a very large law firm" following his death. However, there are conflicting reports, and Chubbuck's brother, Greg Chubbuck, seemed to say differently. "I don't know to this day where it [the footage] is," Greg Chubbuck told People in February. "But I know no one knows where it is and no one ever will if I have anything to say about it."

Searching for the video isn't just fruitless, but wrong. There was more to Chubbuck's life and death than the fact that she killed herself on live television. To focus on any existing or non-existent video footage of Chubbuck's shooting is a perverse distraction from the real issue: mental health. As the new movie details, Chubbuck suffered from from some form of depression for years (she was never officially diagnosed), and had been seeking treatment since she was a teenager. "She'd been seeing a psychologist who really didn't feel that she was that serious about not wanting to live," Chubbuck's mother told reporters at the time of her death, via The Washington Post .

Greg, meanwhile, told People that his parents spent $1 million over the course of two decades on Chubbuck's mental health treatment. In fact, Chubbuck had mentioned her plans to a few different people, according to The Washington Post, including the WXLT night news editor Rob Smith, who discounted her revelation the week before that she bought a gun because "it would be a nifty idea if I went on the air live and just blew myself away." A few days before her death, she reportedly told her brother that she was thinking of killing herself, but led him to believe that she was talking about how she felt in her depression, not how she intended to act. In reality, Chubbuck planned her suicide, even going so far as to pretend to pursue a news story about suicide that would allow her to find out the best way to kill herself, and she carried out her plan. Her death was the culmination of mental health problems, not something to be viewed as sick entertainment.

If Chubbuck is to be remembered for committing suicide on live television, she should not be remembered for, as she called it moments before the shooting, the "blood and guts" of it all. Chubbuck's death might make a sensational story, but to reduce her death to the act of the shooting itself would be foolish and irresponsible. The fact that we can't see video of Chubbuck's suicide is not only a good thing, it's the right thing. When Christine hits theaters on Oct. 14 — one of the last days of Mental Health Awareness Week — hopefully audiences will come out of the film with a great understanding of mental health issues, not a hunger for video of a woman's sad death.