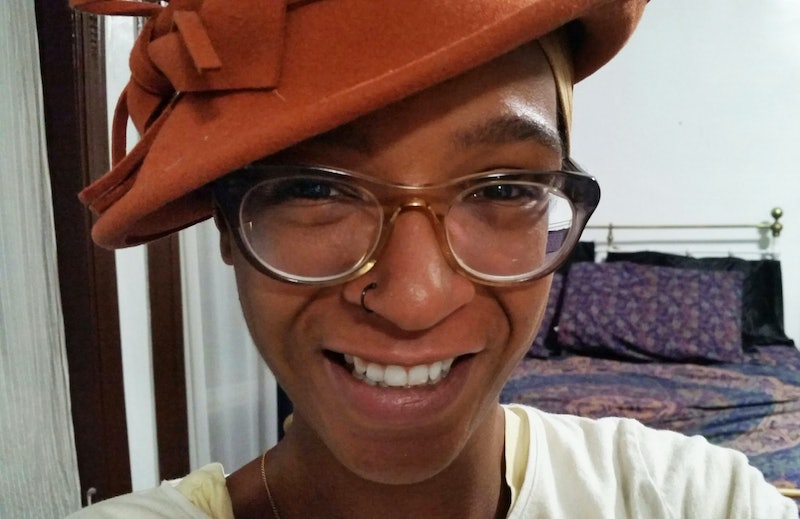 I've been content with my natural toothpaste for a while, but recently I decided it was time to attempt to get some of the tobacco, coffee, and red wine stains off my teeth for good. A proponent of taking the DIY route, I tried out six natural teeth whitening remedies. In addition to stains caused by bad habits like mine, it's totally normal for the teeth to darken on their own as we get older. Fortunately, there are plenty of teeth whitening agents that you can use to lift past and present stains to give you the pearly whites everyone on dental commercials are all smiles about.

Perhaps the biggest advantage of using a natural teeth whitening remedy over at home color strips or even whitening sessions with your dentist is these remedies are going to be way more affordable. Also, the ingredients will be much more gentle. Of course, this means you probably won't see the same sort of brilliant white you've come to expect from storebought strips, but according to sources at the BBC, whitening agents often contain hydrogen peroxide and other chemicals that can be damaging to the roots and cause teeth sensitivity over time.

Since I like to start with nature before my local drug store, I was happy to try these teeth whitening recipes. Of course, there are drawbacks and risks to some of these natural remedies; read how my experiment went down before you try these at home!

When I accidentally stumbled upon frankincense powder being used in dental care, I was completely overjoyed to get more of this natural anti-aging remedy into my life. Despite anecdotal claims that frankincense could whiten teeth, it did very little for my mouth when I used it on its own. I decided to combine cardamom, a lightly spiced breath freshener to the frankincense as it had been used in ancient times to whiten teeth.

Since this made for a fairly bitter tasting paste, I added coconut oil, eucalyptus, sweet orange, and clove essential oils — low and behold, instant shiny, pearly whites. However, I do think this is largely due to the cardamom and essential oils because sweet orange contains lightening components in its chemistry and cardamom, albeit, anecdotally is known to have lightening properties as well. Frankincense doesn't necessarily have what it takes, scientifically speaking, to whiten teeth on its own, but it is well-known for lightening dark spots on the outer dermal layer because it is actually healing the damaged cells as opposed to aesthetically lightening dark spots.

This was certainly one of the more unappetizing teeth whitening remedies I tried for about the same results as an OTC, natural toothpaste. I don't think I'll be repeating it in the future.

Traditional mouthwash has seen some bad press over the years, with studies finding the alcohol content could increase the risk of mouth disease and oral cancers. As NPR reported, you don't need to remove mouthwash all together — just the alcohol that tends to be a main ingredient in most. Plus, those whitening mouthwashes often contain peroxide, which can increase tooth sensitivity.

Clove is a powerfully antiseptic and it's a popular ingredient in dental care because it's antibacterial, anti-inflammatory, antimicrobial, and antiviral. While the essential oils is far more volatile than the cooking spice itself, both have a loyal following in dental care. Since whitening is my goal, I combined dried cloves, myrrh essential oil with a teaspoon of dead sea salt to see if the combination of both could lift my coffee-stained teeth. While clove doesn't lighten the same way that say, lemons do, it's antiseptic qualities remove stains and bacteria-causing stains and by doing so, they cause the teeth to appear whiter by cleaning stubborn stains with their powerful.

Keeping teeth thoroughly clean can prevent yellow-teeth as well as remove the stains, bringing the natural white color back to life. enhancing the natural white color. Myrrh is refreshing in taste, cleansing, and is a common essential oil found in mouthwash; I chose this essential oil specifically out of curiosity and because its chemical makeup supports a clean mouth.

First of all, this was the worst-tasting natural whitening remedy I tried. My teeth definitely felt clean after I swished it around in my mouth, but my teeth looked about as white as they do after any evening brush-session. I'm content to replace our usual store-bought mouthwash with this clove rinse, but as far as teeth whitening is concerned, it's a dud.

Confused why something notorious for staining everything it comes in contact with was on my list to try? Turmeric is becoming a popular way to lift scars and brighten complexions, and some claim those lightning powers work on your teeth as well. Turmeric has a strong anti-inflammatory called curcumin which contains tetrahydrocurcumin, which can be attributed to its lightening properties. I tested an at-home turmeric whitening recipe with 1 tsp of turmeric and 1 tablespoon of coconut oil (the viscosity of the coconut helps pull toxins and it also emulsifies the ingredients) to see if the turmeric lived up to my own brightening claims.

Yes, the turmeric-coconut oil combo whitened my teeth — but it also permanently stained my toothbrush. I wasn't content with the feeling of my teeth afterwards, my teeth wouldn't feel as clean as my next whitening experiment, but they felt as clean as when I've used Tom's or Trader Joe's brand of natural toothpaste. Adding the usual suspects of homemade toothpaste like calcium, baking soda, clay, and essential oils (clove, peppermint, tea tree are all great!) totally improved my turmeric whitening toothpaste.

Perhaps my favorite method out of this entire teeth whitening experiment was with charcoal. Not only were my teeth white AF afterwards, but they felt slick and cleaner than after other natural whitening toothpastes I've tried. I shouldn't have been surprised as I've used activated charcoal on my skin and found it incredibly antiseptic — at times, it even felt like it got a little too clean. As The Daily Beast reported, the theory goes that because charcoal absorbs impurities in air filters or in patients who have overdosed on drugs, it probably also can absorb impurities on your teeth.

For this experiment, I activated my charcoal with distilled water and when I brushed my teeth, the charcoal stuck to stains. When I spit, those stains appeared to go down the drain with the charcoal.

The outcome was shiny, white teeth and a lots of cleanup to do in my sink. Unlike the turmeric, the charcoal didn't stain anything permanently, but rinsing my toothbrush and mouth was still rather annoying. While this whitening remedy worked (and gave me endless giggles while I snapped selfies), I would only use it once a week. According to Drugs.com, common side effects of charcoal consumption can cause painful digestive issues and essentially make you crap yourself. Plus, there's been some concern that some brands might not be using activated charcoal (the regular stuff is super not good for putting in you body) so take caution when picking out your product.

Perhaps the most widely-recognized at home teeth whitening remedy is a mix of baking soda and fresh squeezed lemon juice. Baking soda is an effective stain remover on its own, and plenty of big brands add it to their toothpastes for whitening.

The astringent properties of lemons are said to be brightening and great for teeth as well, and if you portion each correctly, it can balance out the alkalinity of the baking soda, however it should be noted that this is not the safest at-home whitening remedy, just one of the more popular. Sources at Live Science and herbalists believe the acidity of lemons to be too potent for long-term use on the teeth. But, this home remedy is super cheap and includes common household ingredients that can lighten your teeth when you're in a pinch.

My teeth definitely felt super clean and slick after brushing with the soda and lemon combo. The taste wasn't so bad, but I would recommend adding a couple drops of rosemary essential oil for the antiseptic and anti-inflammatory properties (the mint family is great for teeth!) when making a 1 oz paste. The taste was definitely one of the better ones of my experiment and it neared the top of my whitening experiment.

Unfortunately, this wouldn't be an ideal daily whitening treatment because some dental experts claim baking soda on its own can be too harsh for teeth by wearing the enamel down, weakening teeth over time, you may lower the risk brushing gently to make sure you don't wear down the enamel, but as David Barack, a Chicago-area periodontist points out in an article published in the Wall Street Journal, brushing too vigorously in general can wear down the enamel as well as increase tooth sensitivity, and lead to receding gums.

Oil pulling is a teeth whitening remedy that's been around longer than the at-home teeth whitening strips. While proponents of the method claims it has significant additional health benefits, they aren't seen unless you spend months diligently pulling. Much like the way clay pulls stain-causing bacteria from the teeth, the oils will swish around and pull the stains from the teeth.

I've diligently oil pulled for a year, and while I did see my cavities disappear during that time, I never actually noticed if my teeth were getting noticeable whiter.

For this experiment, I used equal parts of coconut and sesame oil. Sesame oil, IMO, is one of the best oils to pull with for dental care because of its detoxing effects. My teeth looked about the same after a week, but I continued to brush with a natural toothpaste after each session. The main drawback of this at home method is spending 20 minutes swishing oil around. Most days, I hit the mountain of dishes often abandoned the night before while I swished without concern, but inevitably, a sneeze caused thick black sesame oil to spill out from my mouth like a demon (which was honestly kinda cool).

For me, the clear winner of my at home teeth whitening experiment was turmeric. Its versatility makes it effective in a toothpaste or a whitening paste and the lifting of stains happens instantly, but the fact that there are no risks to ingesting turmeric daily and it even gives me extra skin benefits? For that, I can definitely overlook my stained toothbrush.