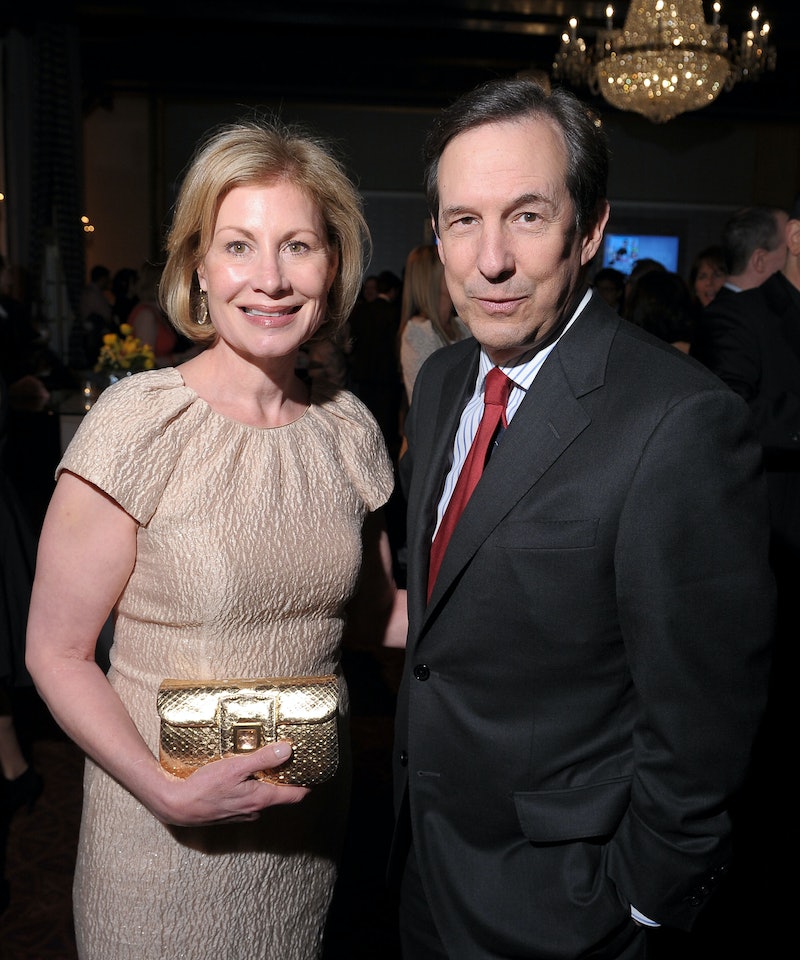 A Fox News anchor is set to become the network's first journalist to moderate a national presidential debate on Oct. 19. The broadcaster preparing to step up to the plate is Fox News Sunday's Chris Wallace, whose wife Lorraine Wallace happens to be a New York Times best-selling author.

Lorraine has written three cookbooks: Mr. Sunday's Soups, Mr. Sunday's Saturday Night Chicken, and Mr. and Mrs. Sunday's Suppers. Her journey to becoming an author began when Chris accepted a job at Fox News Sunday in 2003. Chris' weekend schedule completely changed, with Chris waking up at 5:15 a.m. ET on Sundays, and coming home right as his youngest son was leisurely rolling out of bed on weekends, according to CBN. Lorraine, who cooked for the family, had to figure out a way to feed her family members regardless of their differing schedules.

Her answer was soup. Lorraine would whip up different warm soups throughout the week. Soon, Chris was praising her cooking on-air, and the requests for her recipes began to pour in.

Lorraine had an answer for this one as well: a cookbook that would grow to include 78 comfort-food recipes. But she didn't have past experience writing and structuring recipes, leading her agent to introduce her to Bridget Binns, an experienced cookbook author and editor. The two collaborated to create what would become a best-selling cookbook.

With Mr. Sunday's Soups having to be reprinted multiple times, Lorraine decided to release another cookbook, this time focused on another family tradition. Mr. Sunday's Saturday Night Chicken was released in 2012, and the book included more than 130 recipes, both from Lorraine and celebrity chef Art Smith. More than just a cookbook, it included personal snapshots into the Wallaces' family life too.

The Wallace family includes four of Chris' children from his previous marriage, and two of Lorraine's. "I don't think it's an overstatement to say we created our own version of the Brady Bunch around the kitchen table," Chris wrote in the foreword of Mr. Sunday's Soups. To the Wallaces, food, especially soup, became more than just a meal —it was family bonding time.

In 2015 Lorraine released her first hardcover cookbook, Mr. and Mrs. Sunday's Suppers, which was also more accessible to those with restricted diets, as it included vegetarian and gluten-free options. Chris and Lorraine frequently promote the cookbooks together, furthering the family-focused image depicted in the books.

More like this
Police Shove 'Full House' Star Jodie Sweetin At An Abortion Rights Protest
By Radhika Menon
The Families Of Grenfell Tower Are Still Waiting For Justice, Five Years On
By Bustle UK
Kendall Jenner & Devin Booker Reportedly Broke Up After 2 Years Of Dating
By Jordyn Tilchen
Mollie King & Stuart Broad Have The Most Relatable Wedding Plans
By Sophie McEvoy
Get Even More From Bustle — Sign Up For The Newsletter