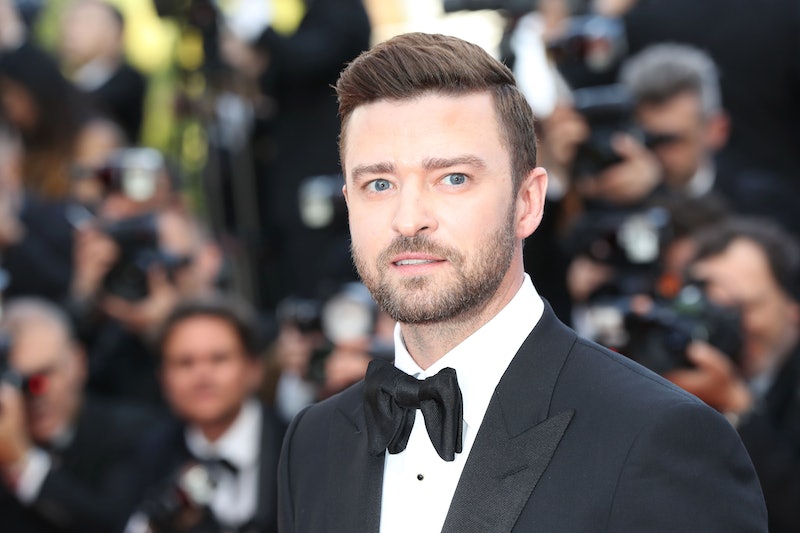 While he's not saying "bye, bye, bye" to music anytime soon, it does seem like, for the immediate future, Justin Timberlake is focused on his acting career. Sure, he released the single "Can't Stop the Feeling!" this summer, but it's off the soundtrack to his upcoming animated film, Trolls, out Nov. 4. This movie comes out just weeks after he dropped his first concert film, Justin Timberlake + The Tennessee Kids, on Netflix that gives a behind the scenes of his 20/20 Experience tour. As for when more non-soundtrack new music is coming, Timberlake says a new album will come before 2018. By then, he'll already have been in another movie — an untitled Woody Allen project starring Kate Winslet. Clearly, no one is looking for Timberlake to quit his day job as a pop star anytime soon, but it's definitely worth giving his film career a better look.

What better way to do this, then, than by ranking every one of Timberlake's performances — and, honestly, there's been a lot of them. (Eighteen, to be exact.) But, with this list, it's not about quantity, but about quality. That's why this list is rated from the films he's just OK in to the ones that prove he's more than just a singer. Whether you want to admit it or not.

This Mike Myers movie should be remembered as the one where Timberlake wore a Speedo and sang Celine Dion. And it should be completely forgotten. Seriously, wipe it clean from your mind.

Justin Timberlake, along with his *NSYNC band mates, just had a cameo in this straight-to-video movie written by the boy band's then-manager, Lou Pearlman. But, if you want some pop nostalgia, you may get a good laugh out of this one.

This movie is about a young minor league baseball player (Timberlake), who has to reunite with his dad, a legend in the major leagues, after his mom gets sick. This one's rather forgettable, and, unfortunately, so is Timberlake in it.

Timberlake is seen, not heard, in this animated film where he plays Boo-Boo, Yogi's friend who also has a penchant for stealing picnic baskets. It's all very silly, and doesn't really give him a chance to shine. Instead, he just impersonates the original character's voice.

In the town of Edison, there's a whole lot of corruption that no one seems to be talking about. That is, until a reporter, played by Timberlake, decides he's going to tell this story. Spotlight this direct-to-video film ain't, but the pop star is a believable fish out of water in this struggling action thriller.

In this film about a young sex addict named Rae (Christina Ricci), Timberlake is her boyfriend who goes off to the National Guard and leaves her to her own devices. When he returns, though, he begins to have his own issues, namely with anxiety. Timberlake tries, but this movie leaves him with very little to work with.

Timberlake's second baseball film has him really getting in the game as a hotshot scout who's looking to learn from Gus Lobel, a legendary scout who's beginning to lose his mojo — not to mention his sight. It doesn't help that Timberlake's beginning to fall for Gus' daughter (Amy Adams), who is looking to get in on the family business. He's a charming addition to this father/daughter story.

No one knows what the heck is happening in this sci-fi movie from Donnie Darko director Richard Kelly, but it does give the world a very high Timberlake lip-syncing The Killers. It's probably the only scene that makes any damn sense, and, honestly, it's still confusing. But it's also fun, so points to Timberlake for that.

Artie is Fiona's teenage cousin, who Sherk wants to take over as heir to her kingdom. But, though he's excited to finally be important, it turns out that Artie has a bit of a confidence problem that Timberlake's high-pitched delivery captures perfectly. It makes him a character you root for, even if he's making things very hard for a very selfish Shrek.

Timberlake gets to play the nerdy substitute teacher Scott Delacorte, who Cameron Diaz's bad teacher character has the hots for. He also gets one of the funniest scenes in this movie when he sings one of the worst songs put to film, "Simpatico."

Timberlake seems a little deer in the headlights in this thriller where he plays a Princeton student, who's trying to gamble his way out of debt. His acting naïveté works to his advantage in scenes where his slimy boss, Ben Affleck, has him doing things that definitely don't seem legal. That is, until it looks more like inexperience.

This sci-fi thriller says no one can age beyond 25, but you have to earn the rest of your time. Unfortunately, Timberlake feels like he's been working really hard to get nowhere. It's why he's devised a plan to steal time back. Think a Blade Runner-esque take on Robin Hood. He isn't much of an action star, but he sure tries his best. He gets an A for effort for this film.

Timberlake is a funny addition to this Lonely Island movie about a Justin Bieber-like pop star named Conner. With some very thick glasses, he gets a good laugh as Conner's private chef who makes all of his snacks, including carrots eight ways. Impressive, no?

This Disney movie has a very young Timberlake playing the model love interest to a girl, who's switched places with her famous doppelgänger. The movie is sweet and ridiculous, but, it's basically everything you would have wanted from a 2000 teen movie — including a love interest that looks like he's straight out of a boy band.

This was Timberlake first role that had people saying, "Wow, that *NSYNC kid can actually act." And, seriously, he could. In the film, Timberlake played Frankie "Nuts" Ballenbacher, the right hand man to Johnny Truelove (Emile Hirsch), based on infamous drug dealer Jesse James Hollywood. He is convincing as a tough guy, but even better when he gets to be the sensitive criminal who shows he has a heart.

In this risqué rom-com, Timberlake is a guy who just isn't into relationships. Luckily, he's got a friend, Jamie (played by Mila Kunis), who is on the same page, and soon they're both in the same bed. He gets to show off his comedy skills outside of Saturday Night Live, and even gets to be the leading man. It's a win-win for him and his fans.

This David Fincher film would have been about The Facebook if it wasn't for Timberlake's character, Sean Parker. He does a good job of showing just how thankful Parker thought we all should be for that advice. Timberlake's Parker is a paranoid and delusional business investor, who talks a big talk that he can't always back up. But Timberlake is able to back his own talk up and show exactly how good he can be onscreen.

He may not be a movie star, but Timberlake has had his share of good roles. Here's to hoping the rest of his film career is filled with more movies like Social Network and not another Love Guru.