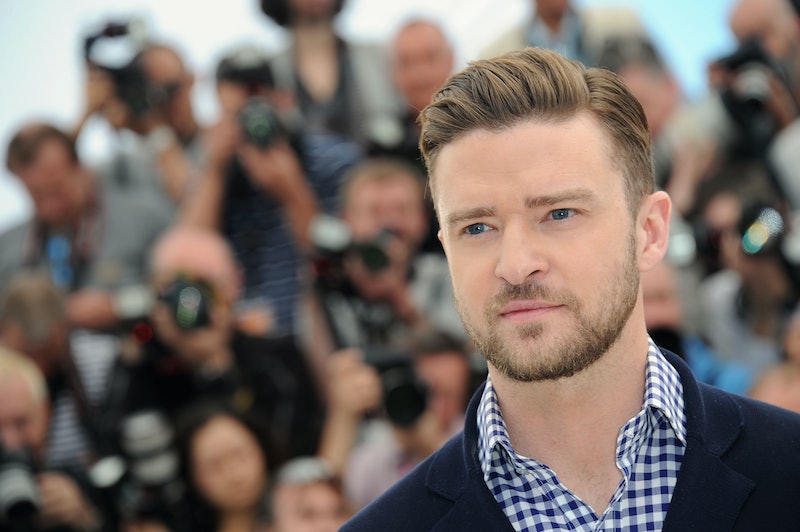 For years, we've considered Justin Timberlake the ultimate example of a triple threat. He can act, sing and dance. He's really a quadruple threat if you count his unmatched skill for hosting great episodes of Saturday Night Live . But recently, he's beginning to lose his edge on one of those qualities — acting. While Timberlake's music career has been extremely successful since his NSYNC days, his movie career has had its ups and downs. It seems that this month will bring a high, with the release of Inside Llewyn Davis , the Coen brothers' latest film that features Timberlake and has already garnered high praise, including the Grand Prix at this year's Cannes Film Festival.

Though the film focuses on a singer in 1960s New York, Timberlake doesn't play the titular starring role, rather another struggling musician who Davis encounters. But this is a good thing. After a string of bad movies, Timberlake needs to rebuild his reputation as an actor, and a role in a film Inside Llewyn Davis, where he gets to sing too, is the perfect way to do that. Let's look back at his other recent roles to see just how much recovery he needs.

Even though this movie just came out a few weeks ago, you've probably either forgotten about it or never heard about it to begin with. The thriller about online gambling that starred Timberlake and Ben Affleck was basically buried and needless to say, didn't do so well. Even alongside Affleck, someone who made his own comeback in recent years, Timberlake couldn't save this one.

September 2012: Trouble with the Curve

Yawn. This baseball movie starred Clint Eastwood as an aging (no, really?) baseball scout whose daughter (Amy Adams) goes with him on a recruiting trip and falls for another scout, played by Timberlake. This has all the makings of a dad movie. Baseball, Eastwood, a father and daughter rebuilding their relationship, but unfortunately, not many dads go to the movies by themselves and this was another drama fail for Timberlake.

There are pretty large gaps between all of these movies, so we can assume that Timberlake actually cares about what acting roles he accepts, but he still had three misfires in a row. Timberlake starred in this thriller, which actually had a pretty cool premise about time being used as currency and the rich living longer than everyone else. Well, we thought it was cool, then the movie came out and it was just a letdown. This should have been the first sign that Timberlake isn't ready to be a dramatic leading man.

Don't worry, Timberlake has been in successful movies. Though bad timing caused this romantic comedy co-starring Mila Kunis to suffer constant comparisons to No Strings Attached, the Natalie Portman and Ashton Kutcher film of essentially the same plot, Friends with Benefits was really funny and really successful. So why exactly hasn't Timberlake starred in another comedy since?

I think we all know where this is going.

Say it with me: "a billion dollars." The Social Network succeeded both at the box office and with critics, as it went on to be nominated for, and win, many awards. Timberlake got good reviews for his role as Napster founder Sean Parker, and delivered one of the film's most memorable times. As a supporting character in a drama, he was excellent, and it seemed that he was on his way to a lucrative movie career—but now we all know how that turned out.

That brings us back to today, and Inside Llewyn Davis. Like in The Social Network, Timberlake is part of an ensemble cast for a movie with big names behind the scenes and awards momentum. He's proven that he can't yet carry a drama or thriller on his own, but is more than capable as part of the supporting cast.

No matter how much he may want it, Timberlake's acting past shows that he's not ready to be a leading man—in dramas, anyway. More supporting roles in movies like Inside Llewyn Davis will help him gain more respect as an actor, until he's ready to try a dramatic leading role again, hopefully in films with better scripts.

Of course Timberlake could just star in a romantic comedy again. Friends with Benefits brought him one of his biggest hits, and there should be more than enough women in Hollywood willing to play his love interest. Come on JT, we're all rooting for you.