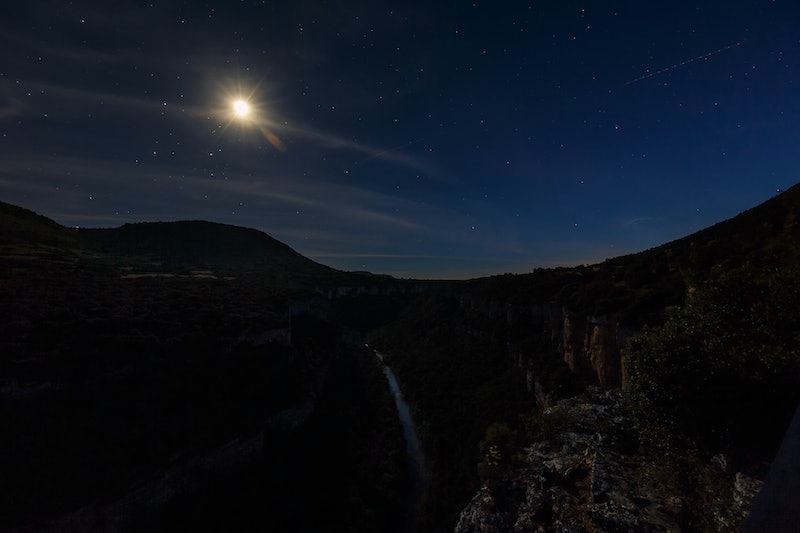 Today in news that’s bigger than all of us: More information surrounding the existence of Proxima B, the Earth-sized exoplanet near our sun has come to light. In case you missed it in August, recent discoveries have suggested that this planet could support life. But is Proxima B habitable, really? Could we actually live there? Unsurprisingly it’s a complex issue, but the conversation sure has generated a lot of buzz.

Proxima B — also known by its full name, Proxima Centauri b — is about 1.3 times bigger than Earth and approximately 4.25 light-years away. It gained international recognition earlier this year when years of research into the conditions there suggested that it may be able to support life. The latest news is that the planet might have oceans of liquid water on its surface, according to research by the CNRS research institute recently published in the Astrophysical Journal. The presence of water is absolutely essential for the cultivation of life — that's why it was such a big deal when NASA confirmed in 2015 that liquid water flows on Mars — this new discovery is quite notable, indeed.

"Contrary to what one might expect, such proximity [to our sun] does not necessarily mean that Proxima b's surface is too hot," said CNRS in a statement, reports Nature World News. "The planet may very well host liquid water on its surface, and therefore also some forms of life."

But as Space.com explains, there’s still some ambiguity around whether that means the planet is actually habitable; there's a big difference between something being able to support life and something being a place we could actually live. A piece by famed scientist and astronomer Carl Sagan published in the University of Chicago Magazine in 1957 might help us understand why that is: “There may be 100 million planets in this galaxy alone on which organisms flourish at least biochemically akin to ourselves," he wrote. "On the other hand due to natural selection these organisms must be well adapted, each to its own environment.. .. We should not expect extraterrestrial lifeforms to resemble anything familiar.”

According to Sagan, when “life” is said to exist elsewhere, it usually only means some sort of molecular form of life. Let's go back to Mars, for example: Despite the existence of hydrogen and water, humans would still perish there because of the atmosphere and temperature. Similarly, Proxima B is thought to support life-developing conditions, but not necessarily as we know them here on Earth.

A lot of the excitement surrounding Proxima B comes from the idea that it resembles Earth in some way, shape, or form. But here, too, we must acknowledge that it's not quite that simple. According to Rory Barnes, a professor of astronomy at the University of Washington writing on Proxima B-focused site Pale Red Dot, "Earth-like" doesn't necessarily mean exactly like Earth. Proxima B is could be rocky — like our planet is — because of the few possible orbits which indicate the planet is a gas giant; however, Barnes then goes on to explain that there’s also a possibility Proxima B “may be more like Neptune with a thick gaseous envelope” and thus not that Earth-like or hospitable to humans at all.

So what’s the likelihood of there being some H2O on this new planetary addition? According to Barnes, the outlook is hopeful. That's where CNSR's findings come in. It all depends on the temperature of the planet — which remains an unknown — but CNSR believe that it might not be too hot to be a problem. The researchers found that Proxima B's distance from the sun, combined with its radius, means that water could conceivably make up 0.05 percent of the planet — big news, given that the Earth's percentage is at 0.02 percent. "In this case, Proxima B would be covered by a single, liquid ocean 200 km deep," the researchers write. "In both cases, a thin, gassy atmosphere could surround the planet, like on Earth, rendering Proxima b potentially habitable."

It could be a while yet before we're relocating from Planet Earth elsewhere, but the research is compelling. We may want to keep an eye on Proxima B.

More like this
The 15 Best Dresses For Hot Weather
By Andrea Gale Boerem
This Viral TikTok Trend is Exposing Everyday Scams
By Sophia Moore
Your Guide To July’s Full Buck Moon
By Brittany Beringer
Here's Your Daily Horoscope For July 6, 2022
By Mecca Woods
Get Even More From Bustle — Sign Up For The Newsletter