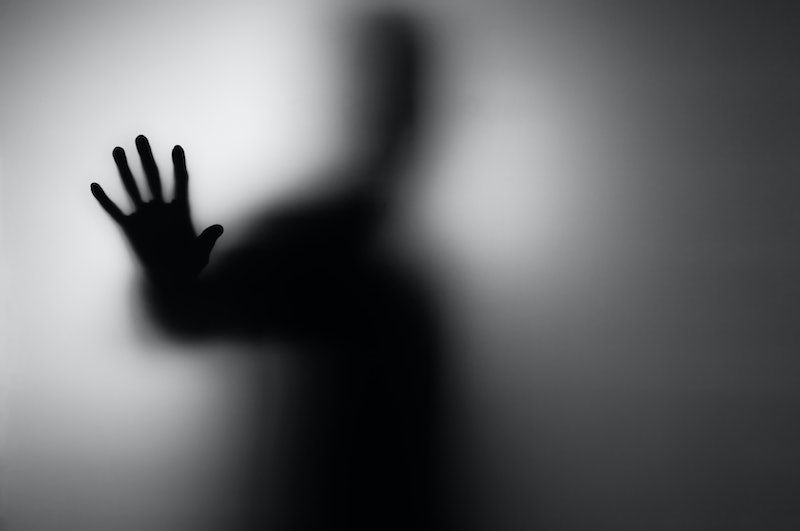 Halloween is in the air, and you know what that means: pumpkins, planning elaborate costumes that ultimately go nowhere, and one-upping all your friends with urban legends about ghosts until you've scared each other so thoroughly you'll never want to sleep again. Sometimes, it can be a Pyrrhic victory if you manage to scare yourself as well, which I always manage to do, but the sweet taste of victory is totally worth it even if you do wind up spending the entirety of October too scared to go to sleep. Priorities, right?

Urban legends are a tradition year-round if you're a member of Team Spooky — the greatest team on Earth, if I may say so — but in October, the rest of the world gets in on the action. Even major news outlets begin publishing lists of the best scary stories, and if you're lucky enough to have cable, horror movies and paranormal documentaries pretty much take over your TV guide. It's a glorious, creepy, wonderful thing.

But there's a dark side to all this spooky business; there are so many urban legends out there that it's hard to know where to start. That's where I come in — I've narrowed down five urban legends, focusing on ghosts to keep things simple. Feel free to just read through, or learn them to scare the pants off your friends. Remember that they're all fictional; they might sound real, but like so many urban legends, they're not. (Or at least, not really.) Happy haunting!

Carmen Winstead was allegedly a 17-year-old girl during the era of MySpace, so you already know this legend is going to be fairly horrifying. As the story has it, she quickly became the target of bullying after moving to a new high school, and one day, her tormentors pushed her (accidentally or not) into an open manhole. She was dead when she struck the bottom.

Her death was ruled an accident, according to legend, but her spirit took revenge on the students responsible. Her classmates began receiving anonymous emails explaining the crime, and the ones who pushed her began hearing strange laughter coming from the shower drains. One by one, they all turned up dead in the sewer — the exact spot where Carmen's body landed.

The legend of the vanishing hitchhiker is a staple of the genre for a reason; it may be simple, but it's effective. The tale goes like this: A driver is passing through a sparsely populated area when they see a young woman in white hitchhiking on the side of the road. She says she needs a ride home from a dance and names an address close by.

She's quiet during the drive, and when the driver arrives at her destination, they turn to find that she vanished from the passenger seat. The driver knocks on the house's door to see if she ran inside, and an elderly woman answers. It turns out that the young woman is her daughter, who died in a car crash decades before and never stopped trying to get home. In some versions, the woman seems cold during the ride over, so the driver offers a jacket. When they visit her grave to verify the story, they find the jacket, neatly folded beside the gravestone.

You may be familiar with the tale of Kuchisake-Onna, but the Japanese urban legend Teke Teke is just as horrifying, if less well-known. In the 1960s, the story goes, a Japanese schoolgirl was the target of bullying so vicious that she jumped into the path of an oncoming train. In other versions, she was scared by a classmate and accidentally fell, but either way, in the ensuing accident, her body was cut in half.

After her death, Teke Teke's legless ghost haunts train stations, chasing after students on her elbows. Her name comes from the noise each elbow makes when it strikes the ground. When she catches you, she cuts you in half with a scythe to match her own state.

The Bell Witch is technically a poltergeist, but as one of the most enduring urban legends out there, I'll give her a pass. In fact, parts of the legend actually happened. Here's the part that's real: In the early 19th century, John Bell and his family moved from North Carolina to a farm in Tennessee. In 1817, things began getting into urban legend territory.

That year, Bell reported encountering a strange animal, with the body of a dog and the face of a rabbit, in the fields. Soon after, his family began hearing strange noises and knocks on the walls at night, and his children reported bed sheets being tugged out of their hands. What began as strange whispers eventually resolved into a woman's voice, which supposedly resolved into the voice of a woman — the "witch" of one of their neighbors, Kate Batts.

What happened after that could use an article all to itself; even future president Andrew Jackson made an appearance at the Bell's farm. You can read more on the story here.

Unless you live in the southern United States, you probably haven't heard of this one, but be prepared, because it's a doozy. According to legend, a young man named Tom was living in Tennessee when he began an affair with a woman named Eleanor. She was married, but that didn't bother them... until the gossip mill began turning. Soon, Eleanor's husband caught wind of the affair, and he followed the couple to the local lover's lane. He waited until they were distracted, then stabbed Eleanor and dragged Tom out of the car into the woods. Hours later, Eleanor's husband returned to the car and drove to the police station, where he turned himself in. When police investigated the scene of the crime, they found Eleanor alive and a human skin draped over a nearby tree, but no body.

It's said that Skinned Tom's ghost — a skeleton dressed in '20s-style clothing — still haunts the area where he was killed. A word of advice: If you've ever had an affair, I would stay far, far away.

More like this
This Viral TikTok Trend is Exposing Everyday Scams
By Sophia Moore
American Girl Doll Memes Are Going Viral On Instagram & Tiktok
By Emma Carey
YouTuber Runs Into Margaret Sanger’s Grandson While Filming
By Alexis Morillo
What Is A “Softboy?” The TikTok Term & Aesthetic, Explained
By Courtney Young
Get Even More From Bustle — Sign Up For The Newsletter