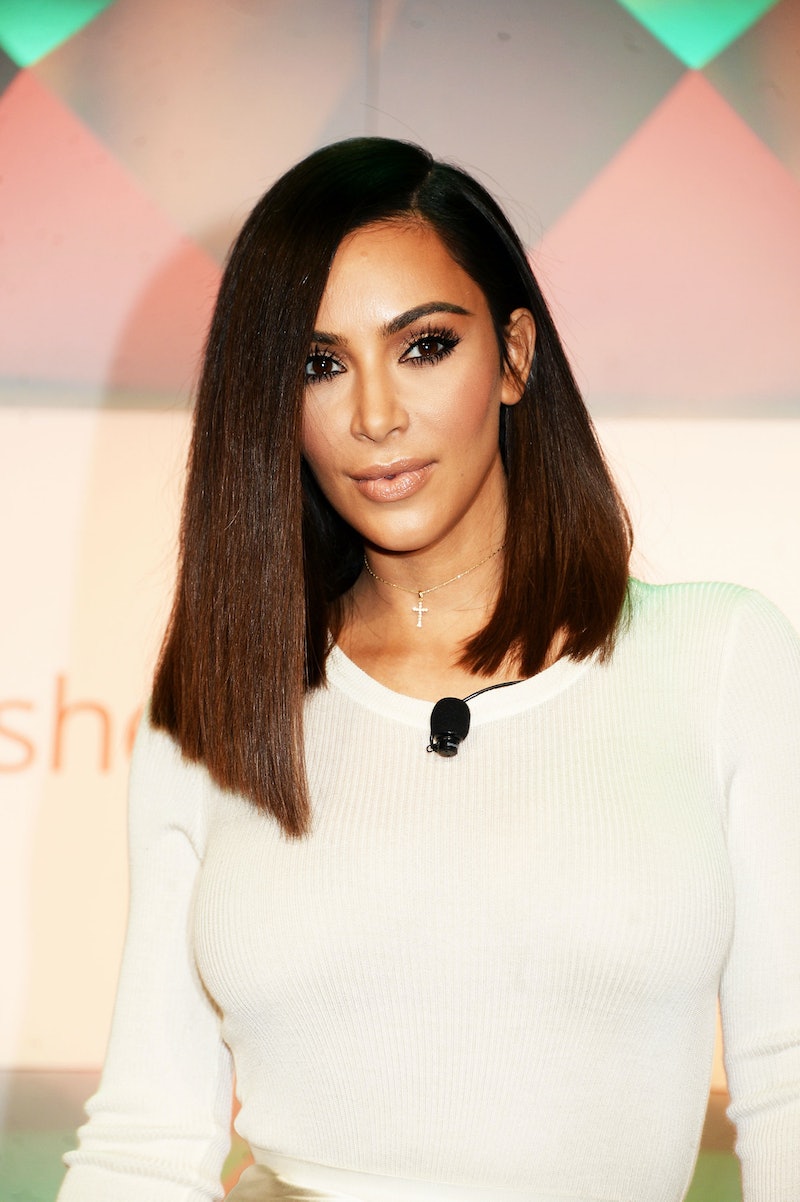 No matter what you might think of her and whether or not you consider yourself a fan, you don't own Kim Kardashian no matter how famous she is. As big of a star as she is and the fact that the 35-year-old lives her life in the spotlight, it seems that many forget that Kardashian is a human being. She might've chosen this life, but that doesn't mean the Keeping Up With the Kardashians star deserves to be mistreated, disrespected, and have her name dragged through the mud. Just because she, and anyone else for that matter, lives the life of a celebrity, it doesn't give anyone the right to blame her for any misfortunes that come her way, spread distasteful rumors about her, or turn what is a serious incident into a joke. Kardashian is a person, so start treating her like one.

Ever since she was robbed at gunpoint in Paris, Kardashian has received far too much scrutiny and not enough support. Immediately, she became the target of victim-blaming. Many felt that it was her own fault for the armed robbery, because she shouldn't flaunt her wealth. Take Chanel designer Karl Lagerfeld. After news broke of the robbery, he wrote a note to Kardashian, which read, "Dearest Kim, we are all with you." But then he also told the Associated Press, "[She is] too public, too public — we have to see in what time we live. You cannot display your wealth then be surprised that some people want to share it." He continued, "I don't understand why [Kardashian] was in a hotel with no security and things like this. If you are that famous and you put all your jewelry on the net you go to hotels where nobody can come near to the room."

It's disappointing to hear Kardashian face any blame for the robbery, but thankfully there are some individuals standing up for her. Really, Lena Dunham said it best while chatting with Power 105.1’s The Breakfast Club,

"What I really hate about this Kim thing is that people are feeling so much license to make jokes. That’s a human being and she may have put her life on display in a specific way and you may not agree with everything that she does, but that is a woman, and a mother and a daughter who’s just been put through something so heinous. My heart is with Kim."

In addition to the victim-blaming, Kardashian is now finding herself at the center of a Halloween costume controversy. There was a "Parisian Heist Robbery Victim Costume Kit" listed on Costumeish.com, which was available for anyone who wanted to dress like Kardashian during her robbery, and included a robe, ring, mouth gag, and rope. The costume is no longer listed on the website. Costumeish did not immediately return Bustle's request for comment, but the company tweeted the following:

If you don't see the issue with this costume, allow me to explain. First, again, Kardashian is a human being and don't human beings deserve sympathy and respect, especially during a horrific time? I can't imagine what she went through during the actual robbery and continues to go through post-robbery, but she has to be traumatized. Khloé Kardashian even told Ellen DeGeneres on The Ellen DeGeneres Show Tuesday, "I mean, she’s not doing that well. I mean, it’s incredibly traumatic what happened to her, but our family is super close and great and we’ll get through it together."

For anyone, including if it's through a costume, to poke fun at Kardashian's ordeal is awful. Many might think joking about it is harmless, but really it's dehumanizing her and treating her more like an object you can do whatever you want with. Famous people are made fun of all the time, but there's a time and a place for everything. Throwing jokes and insults at a woman who was robbed at gunpoint? That isn't funny. Just because a public figure goes through something public that doesn't make it OK for anyone to do whatever they want with her name, her image, or her life.

It's gotten so bad that Kardashian is now suing a website for allegedly making false claims about her robbery. On Tuesday, she filed a federal lawsuit at the United States District Court in the Southern District of New York against MediaTakeOut.com (MTO) and the site's owner, Fred Mwangaguhunga. Bustle confirmed the lawsuit through legal documents sent by her legal team, but has not yet heard back from Kardashian's rep or MTO after a request for comment.

According to the lawsuit, Kardashian says she feels "victimized" by the articles published by MTO. She also claims the website shared articles "without any factual support whatsoever, that Kardashian faked the robbery, lied about the violent assault, and filed a fraudulent claim with her insurance company to bilk her carrier out of millions of dollars." In addition to claims there was "malicious" and "libelous" intent in the lawsuit, Kardashian is also demanding a jury trial and is seeking "general, special, punitive, and exemplary damages" from MTO, in an amount that will be determined at the time of trial.

Kardashian may be a huge name and face all over the world, but her fame, her name, and her life are hers. No one owns her and her celebrity status doesn't give anyone a pass to do the opposite. It's time for everyone to recognize that and start treating her like the person she is.