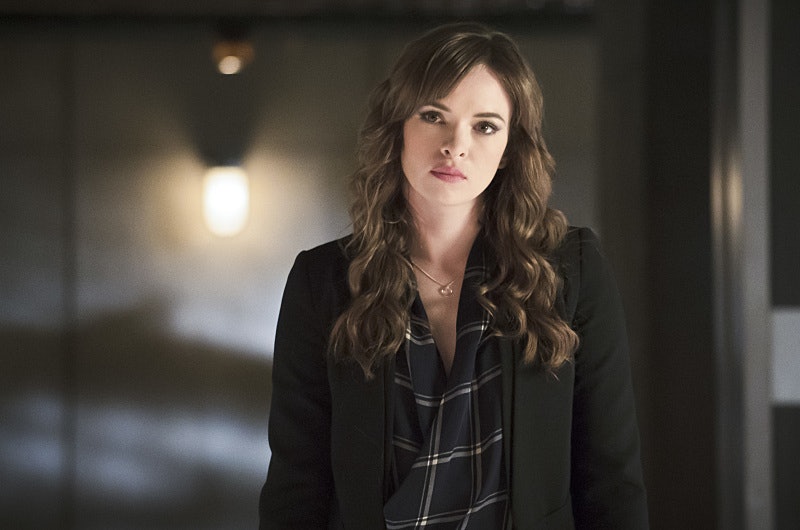 So far on The Flash, Flashpoint consequences range from the relatively small (the WestAllen kiss never happened — again) to the pretty major (Cisco's brother was killed by a drunk driver), but the biggest consequence is the arrival of Dr Alchemy. Appearing only as a disembodied voice in The Flash 's season premiere, Dr Alchemy finally showed himself in "Paradox," and it wasn't pretty. Alchemy's evil plan revealed itself this week: he's turning humans who are metahuman in other timelines into metahumans in this one. This week, he started by turning Edward Clariss into The Rival from the Flashpoint timeline, but Clariss wasn't the first, and he won't be the last. And that can only mean one thing: is Caitlin turning into Killer Frost on The Flash ?

Now stuck in this new post-Flashpoint timeline, Barry had to play catch-up on the newest metahuman threat. Police have been finding husks of humans — sort of like snake skins — all over the city. So far, there have been about half a dozen, none of which has led to a real lead. Julian Albert, the new CSI (Tom Felton!), hasn't been able to find the cause of these "husks," and, as the metahuman expert, it's his case, which leaves Barry a bit out of the loop. When he does catch up after a run-in with the newly speedy The Rival and Dr Alchemy himself, he realizes that the husks are the shed skins of people who are changed by Dr Alchemy. Dr Alchemy is creating a world of metas — he tells Barry he wants to "prepare the world" — and it looks like he might have already gotten to Caitlin Snow!

Remember how on Earth II, Caitlin isn't Caitlin anymore, she's Killer Frost? Well, it looks like Killer Frost might be coming to this Earth courtesy of Dr Alchemy. At the end of the episode after Barry figured out Alchemy's plans, he seemed confident that Alchemy hadn't gotten to Caitlin or Wally yet (Cisco's Vibe powers from the previous timeline are still in tact), but once he left the lab, the audience saw the truth: Caitlin sat silently, frost pouring out of her palm.

If Caitlin does have her metahuman powers, that doesn't necessarily mean she will become Killer Frost. After all, powers don't make a villain, it's the individual who makes that choice. Hopefully, Caitlin will choose to use her powers for good instead of evil this time.