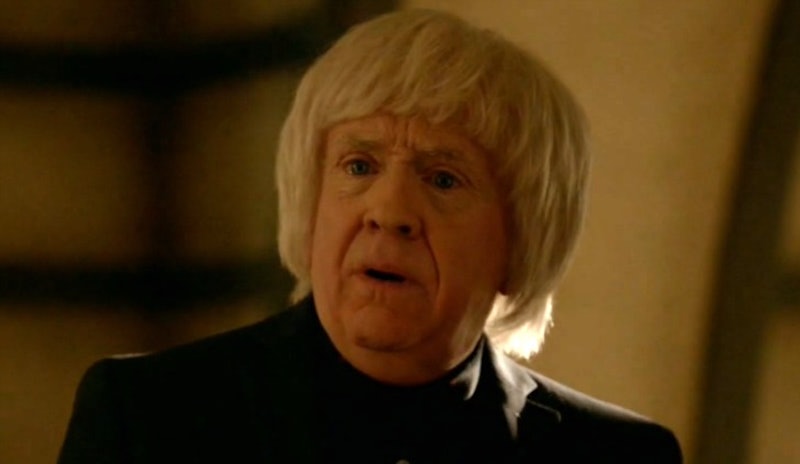 We’re so close to the American Horror Story Season 6 plot twist, and the theories are spinning out of control over what may happen when everything changes in Episode 6. Of all the what if's going around right now, the most sensible one seems to be the Billie Dean Howard Theory. Haven’t heard it yet? I’ll explain in a moment, but the more we talk about her, the more it seems she may in fact be connected to Cricket Marlowe, you know the other other psychic/medium we just watched get disemboweled. Since clearly fans know nothing about what’s actually going on and won’t for another week, anything is possible, and I am putting a Billie Dean/Cricket connection on the table.

The Bille Dean Howard theory is pretty interesting because we know from Season 1 that she’s been obsessed with the Lost Colony of Roanoke and she has her own show on Lifetime. So it's been suggested that what we’re watching right now is actually her series on Lifetime. It actually makes a lot of sense. If that’s true, then once the cameras are off, we will finally see what’s going on in real life. A reporter from Screencrush recently asked Paulson about the popular theory, but didn’t get a helpful response "No comment,” she said, “We’ll see what people do with that, the non-comment comment. They’ll go, ‘That’s confirmed!’ ‘It’s denied!’ It’s just no comment folks, there’s just no comment.”

While fans anxiously await answers, lets ponder how Billie Dean and Cricket could possibly be connected.

They're Connected Because Of Roanoke

Maybe all mediums know the history of the Lost Colony or maybe Violet wasn’t the first person Billie Dean Howard advised on how to get rid of an unwanted ghost. Cricket knew to yell “Croatan” when they held the seance in Episode 3. I don’t like to believe in coincidences when it comes to Ryan Murphy.

It’s hard to imagine that two major semi-famous mediums don’t know each other, right? If Billie Dean has a show and Cricket is working with the FBI, they definitely have ran into each other at some type of psychic networking event. Maybe they actually work together outside of this case, supposing he didn’t actually die like they say he did in the reenactment.

What If Cricket & Billie Dean Are The Same People

Hear me out. If the theory pans out and we’re all watching her Lifetime series, then it’s entirely possible that the character of “Cricket” was actually created to represent Billie Dean herself.

Cricket Has Been To Murder House

Murder House is a pretty famous hot spot for wandering ghosts and I’m sure Cricket has been out to Los Angeles at some point in his life. Not to mention, a lot of children died in Murder House. Maybe one of his FBI jobs included finding those two red-headed twins. If you recall, they broke into the house and were killed, they never lived there.

They both have mentioned being protected by the "white spirit light." It protects them against malevolent forces. I mean, that right there is a connection itself. They protect themselves the same way. Not a coincidence.

He came back to the house in Episode 4 claiming to have a spell to banish all the ghosts. What if he called up his old pal Billie Dean for that spell?

Finally, Cricket is clearly older than Billie Dean, so maybe he was her mentor all along.

We will be finding out soon enough what the big twist is, but until then I am pretty convinced these two are the key to bringing the seasons together.