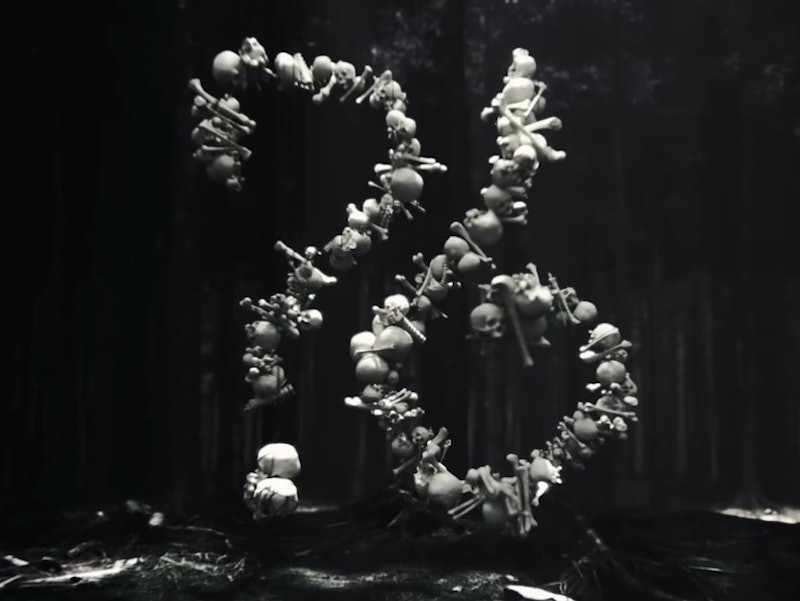 Thus far on Season 6 of American Horror Story, subtitled Roanoke, the scares have been legit, the acting is on point as always, and the story is legitimately engrossing. One thing that's a big confusing, though, is the documentary-style formula which is so completely different than any other AHS season. Throughout the first two episodes, I have harbored a theory that this won't be how the rest of AHS: Roanoke plays out. And, now Ryan Murphy has confirmed to Entertainment Weekly that there is a huge twist in Episode 6, so maybe my theory is right after all.

The news that things will change up midway through the season is exciting, because, as of now, the stakes are a little low. Watch three people tell a scary story, while other actors reenact their tale, completely removes viewers from any real fear. These people obviously lived through the ordeal because they are speaking about it, so any tension is set aside immediately. Every time I see Cuba Gooding Jr., Sarah Paulson, and Angela Bassett on the screen, all I can think about is the fact that this is fake. Does that sound like a format that Murphy would rely on? No, it doesn't. Murphy doesn't place a veil on horror or dim it down. I always had a sneaking suspicion that this wasn't the way that the season would completely play out.

Everything is happening for a reason, in my opinion, including all the unusual changes. Take, for instance, that we are two episodes in and the theme song is still missing. The only thing at the beginning of the episode is flashes of that tree logo that says, My Roanoke Nightmare. The thing is, that's not even the name of this season. The name of Season 6 is American Horror Story: Roanoke, according to the official Twitter bio. So, why haven't fans seen a real intro like every other season has? Maybe it's because this season hasn't truly begun yet.

Right now viewers are watching a straight-up documentary about Shelby, Matt, and Lee's crazy, awful ordeal in a haunted house that they never should have purchased to begin with. That show is My Roanoke Nightmare and that is probably the reason that the first two episodes have been named, "Chapter 1" and "Chapter 2" instead of actual titles like every other season. Fans are not yet watching American Horror Story. You see, I think that AHS will truly begin when this twist happens in Episode 6. Mark my words, we probably won't get an intro for AHS or an actual title for an episode until then. This is likely because the true horror story may end up happening to the actors portraying Shelby, Matt, and Lee's true tale. What if we end up watching as the actors filming this documentary's reenactment scenes end up in real life fatal situations? Maybe Sarah Paulson, Angela Bassett and Cuba Gooding Jr.'s characters don't live through this experience, because something horrific happens to them while they were filming.

This is just one theory, but since viewers have yet to see the fourth wall break on the actors playing the real characters, we don't know if they survived yet. Of course, Ryan Murphy claimed to EW that fans have no idea what this twist is, so it could be something completely out of the realm of comprehension at this point. All I know is that there needs to be an Evan Peters sighting soon, am I right?