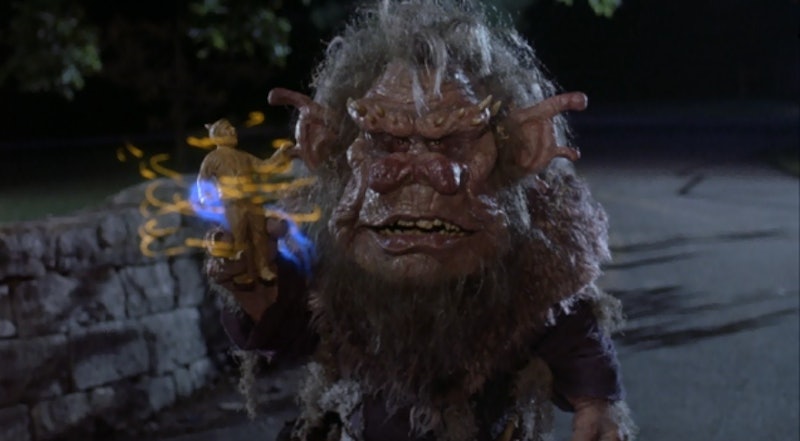 Every year around Halloween, lots of people dust off their favorite seasonal movies from their childhood in order to get into the spirit of the holiday. Many of those movies were the work of Disney in the ‘90s, with the most frequently mentioned probably being Hocus Pocus. For others, it's The Nightmare Before Christmas that puts them in the Halloween mood. Or, if a TV movie is more your jam, you’ll turn to the DCOM classic Halloweentown. But there's one Halloween movie you probably forgot about.

I'm talking about the '90s classic Ernest Scared Stupid . There were a number of kids movies in the '80s and '90s starring the character of Ernest P. Worrell, portrayed by the late Jim Varney, such as Ernest Goest to Camp, Ernest Saves Christmas, and Ernest Goes to Jail. But without question, the one that has most stood the test of time is his 1991 Halloween adventure, released theatrically under Disney's Touchstone Pictures label. The movie scared the daylights out of me when I was a kid, and I maintain that there has never been a more frightening movie ever made. To get an idea of what I'm talking about, look no further than this scene.

Good Lord, that's terrifying. Now here's some context: The story begins in the 1800s, when an evil troll named Trantor terrorizes a Missouri town by turning their children into wooden dolls and feeding off their energy. He is imprisoned under a tree by an ancestor of Ernest, with a curse stating that he can only be released by a descendent of the man who imprisoned him on the night before Halloween. Flash forward to the present day, and you can probably guess what happens. That's right, Ernest inadvertently frees the troll — who is probably the scariest and grossest looking creature ever put to film.

Trantor begins a path of destruction on Halloween, transforming a number of children in the town into wooden dolls. Ernest and some of the kids enlist the help of the wise, witch-like, old lady Hackmore (played by Eartha Kitt!) who informs them that the only way to defeat the troll is through "the heart of a child and a mother's care." Trantor eventually unleashes an army of evil trolls, who battle it out with Ernest and the surviving children. I won't spoil the ending except to say that Hackmore's advice is a riddle that is executed in some unexpected ways.

A truly fun and surprisingly scary example of '90s Halloween fun, Ernest Scared Stupid doesn't receive nearly as much attention as its Disney brethren like Hocus Pocus, Halloweentown, or The Nightmare Before Christmas, but it deserves to be on the Mount Rushmore of Halloween classics just as much as any of them.