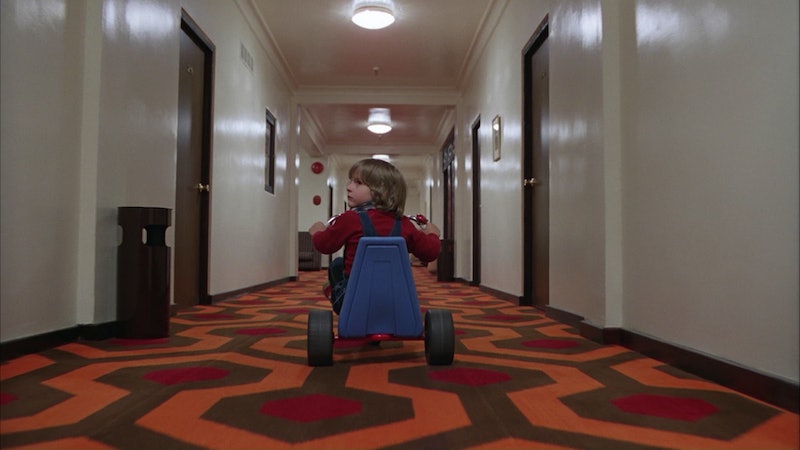 There's a chill in the air. There are leaves on the ground. There are debates about the merits of candy corn on the Internet. Halloween is coming, and now is the perfect time to invest in creepy horror novels and night lights. There is a whole wide world of creepy books out there, and any one of them makes for ideal October reading. But if you don't scare easily, you might want to kick it up a notch and read about some real horror. That's right: these oh-so-creepy books are based on actual, true stories. Scared yet?

Personally, I don't know that I need any more real terror in my life. We've already got marauding killer clowns in the streets, people. What more can you possibly want? But if you crave the thrill that comes with reading a story based on a real murder or "real" haunting, then I'm not going to stop you. I mean, sure, I get it. It's all the enjoyment of reading a well-written book plus all the horror of reading the Wikipedia page of a serial killer. So if you're looking for a chilling read with at least a whisper of truth to it, here are some shocking horror books based on true stories:

1. The Exorcist by William Peter Blatty

YIKES. The Exorcist is a novel, but Blatty based his story on the true account of an exorcism. The victim was a 13-year-old boy, and the allegedly true story comes from the diary of the priest who tried to free him of demonic possession a number of times. According to the priest's account, the boy caused furniture to levitate, and attacked the people around him with supernatural strength (nine priests and thirty-nine witnesses backed up this story).

Mary Shelley came up with the idea for Frankenstein as part of a ghost story game with her husband and their friend, Lord Byron. But she was inspired by a very real mad scientist: Giovanni Aldini did actually attempt to resurrect a corpse using electricity. He electrocuted a hanged man in front of an audience (which included a friend of Mary Shelley's father), and for a moment it did seem like the body was being jolted back to life—until the battery ran out, and it became clear that the corpse was still very dead.

3. The Amityville Horror by Jay Anson

The exact truth of The Amityville Horror has been debated over the years. What is true, though, is that Ronald DeFeo Jr. murdered six of his family members in 1974. A year later, the new inhabitants of the DeFeo house moved out, after claiming that they were terrorized by pig-like demons and paranormal activity for 28 days. Whether or not there were really any demon pigs involved is for you to decide, but the murders were all too real.

If you just want to read a nonfiction book about a straight up serial killer, then there's always Entering Hades. Not only is this a book about a horrifically twisted, internationally known serial killer, this is a serial killer with a double life: he was killing his victims and reporting on his own crimes as a journalist. It's like Clark Kent or Peter Parker, but way less fun.

Vampires, while very sexy, are imaginary. But the historical Dracula was all too real: Vlad the Impaler was known as "Dracula" (meaning "Son of the Dragon"), and he had something of a taste for blood. The real life Drac was a Transylvanian prince. He didn't drink the blood of his enemies, but he did impale them on spikes, and people were so scared of him they claimed he could turn into a cloud of bats at will.

Do you like to swim? Not anymore you don't, because Jaws was inspired by a series of real life shark attacks. Now, to be clear, sharks don't usually hunt humans—they're just trying to swim about and eat fish or whatever. But in 1916, one shark on the coast of New Jersey did go on a human-hunting spree, attacking five different people in the space of a few days. This unique serial-killer shark behavior was apparently Benchly's inspiration for his famous Jaws.

For the true crime junkies out there, you can't get much more horrifying than People Who Eat Darkness. Lucie Blackman was a young British woman living in Japan, who went missing in the summer of 2000. That winter, her dismembered remains were discovered in a seaside cave outside of Tokyo. What happened in between? You'll have to read the book to find out (if you can stomach it, that is).

In Audrey Rose, a bereaved father kidnaps a young girl, believing her to be his own daughter reincarnated. It sounds creepy enough, but it's based on author Frank De Felitta's own experience: at age six his son, Raymond, sat down at a piano and started playing perfectly—despite never having taken a lesson in his life. De Felitta believed this to be an instance of his son remembering a past life, and turned that idea into the deeply disturbing Audrey Rose.

9. Where Are You Going, Where Have You Been? by Joyce Carol Oates

Where Are You Going, Where Have You Been? is only a short story, but just thinking about it still gives me the shivers. Many people have interpreted the character Arnold Friend in the story as an incarnation of the devil, but he was in fact based on a real person. In the 1960s, a man named Charles Howard Schmid Jr. murdered three teenaged girls and buried their bodies in the desert outside of Tucson, Arizona. Oates' story borrows his signature look for the utterly creepy Arnold Friend: heavy pancake makeup and boots stuffed with newspaper (he only 5'3", but pretended to be taller to "charm" women).

10. The Shining by Stephen King

Back in the '70s, Stephen King and his wife Tabitha spent a night in the Stanley Hotel in Colorado. The hotel was getting ready to close for the season, and they were the only guests there. King was somewhat disturbed by the long, empty corridors. That night, he had a ghastly vision that his three-year-old son was running down the empty halls, screaming as though he was being chased. King woke with a start, got out of bed, and started writing The Shining.