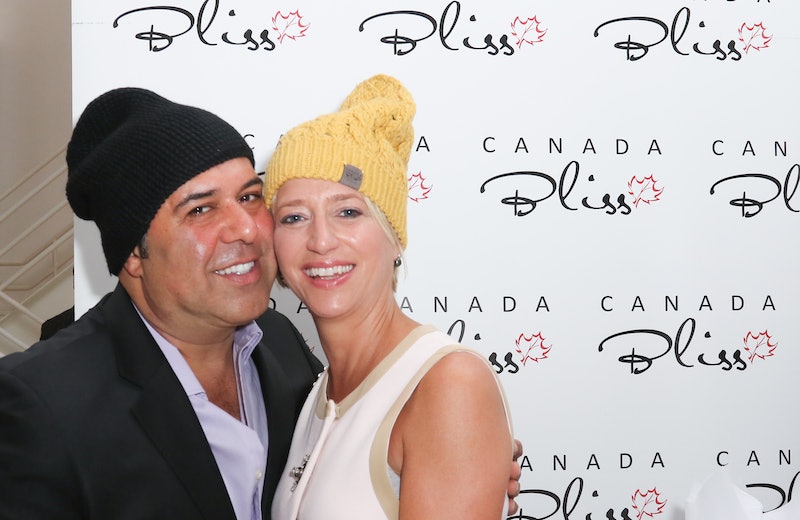 It hasn’t been all sunshine and roses for Real Housewives of New York star Dorinda Medley and her boyfriend John, but that doesn’t mean that these two aren’t sticking together. After a tumultuous season of fights and feuds, I know the thing you’re dying to know is how did John and Dorinda meet? And it turns out that it’s a good question to ask, because this reality television couple knew each other for a long time before they became a couple. In fact, Dorinda’s deceased husband, Richard Medley, may have had something to do with the two of them getting together in the first place.

In an exclusive interview with OK! Magazine in 2015, Medley opened up about how she met her now boyfriend, admitting that it happened "initially through [her] late husband at a private club in the city.” It turns out that they all “belonged to a small little club” where Medley first met John when he was there with Richard. She goes on to explain that their relationship was just as acquaintances first, saying that she would “see him at this little club and say hi and have a drink, and he was always nice.” For a while, Medley says, that friendship was all there was to their relationship.

But, shortly after her husband died of liver failure, Medley turned to her friend for support. She describes how their relationship went from platonic to something more, saying that she “ran into him” a few months after Richard died, and he had no idea that her husband had passed. In response to the news, John asked her to “grab some lunch” to talk about what happened.

She describes the progression as somewhat slow, saying “it really just developed as a friendship,” because “after someone passes, you’re not looking to get together with someone.” She describes what she was doing as “rebuilding,” but says that John was “a great companion” to her throughout. It was that companionship that turned into something more, because, just like that, Medley says they were “three years on,” and it had “turned into a full-blown relationship.”

So there you have it. Definitely not the most conventional way to fall in love, but it’s clear that their relationship is rooted in a foundation of caring and support.