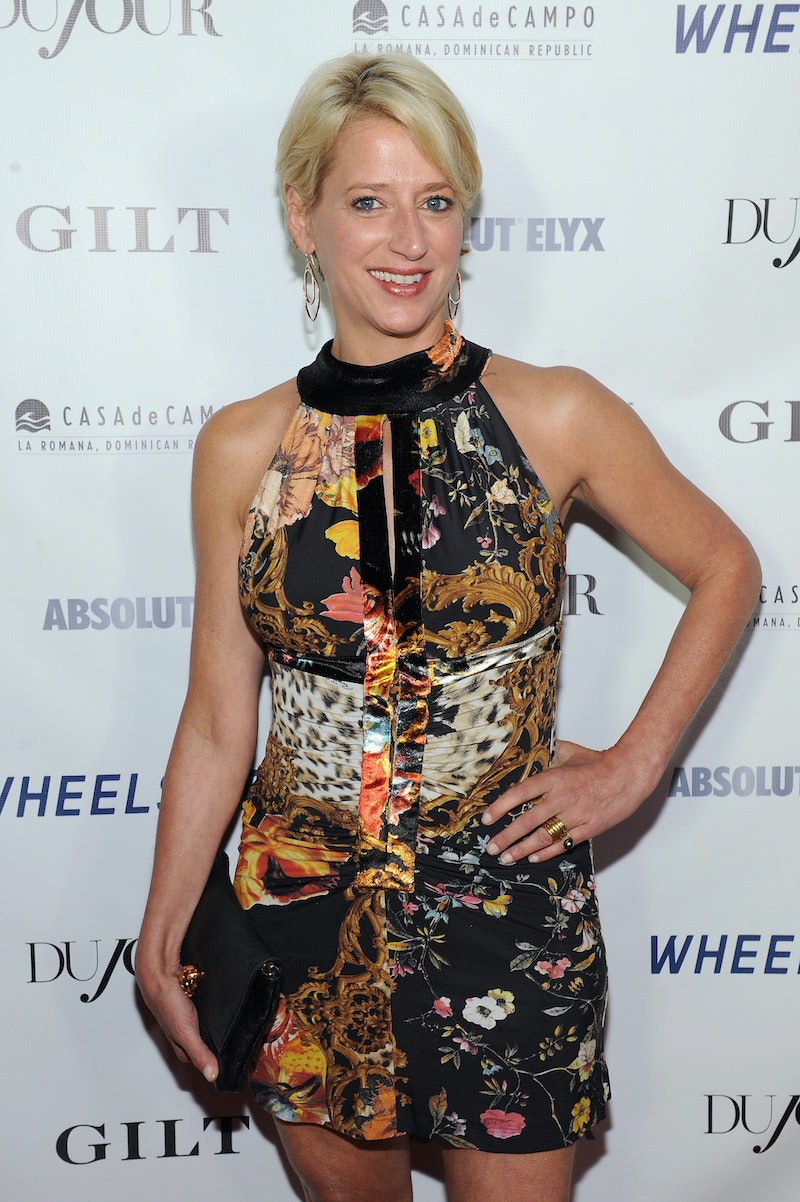 Dorinda Medley has demonstrated her incredible toughness throughout her first season of Real Housewives of New York City, especially when dealing with the fallout of the death of her husband, Richard, which was an unexpected tragedy in 2011. And, Richard Medley's cause of death was covered widely at the time, because he was a widely respected financial consultant, political speechwriter, and he was young — just 60. His only cause of death was listed in places like The Washington Post as "liver failure" after a "short illness."

According to the Mayo Clinic, acute liver failure can develop quickly in otherwise healthy people with no preexisting liver problems, and "in many situations... a liver transplant may be the only cure." But Dorinda has not released the exact illness that Richard was suffering before his organs failed, choosing instead to keep the rest of the details private. So, instead of speculating further, I'll just leave it at that.

But, even though Dorinda has decided to keep the circumstances of Richard's death private, that doesn't mean that she hasn't been open about her marriage and tried to pay tribute to her late husband even now that she's in a totally new relationship with John Mahdessian. Some of Dorinda's tributes are obvious, like the times she's talked about how much she loves and misses Richard, but others are only clear if you follow Dorinda on Twitter or read her Bravo blogs.

She Hasn't Lost Faith In Relationships

Even though Richard's death came as a huge shock, Dorinda hasn't lost her belief in relationships. He'll always be her soulmate, but that doesn't mean she's going to spend the rest of her life alone.

And, She Hasn't Lost Her Personality Or Humor

Dorinda wouldn't be herself if not for her trademark fast-talking attitude and her ability to laugh at herself. Even after losing Richard, there's no way he would have wanted her to lose that — a Dorinda who doesn't appreciate that cheesy pun is no Dorinda at all.

She Takes Good Care Of Herself

Having a spouse die tragically young is a good reason to value every day, and Dorinda seems to attack every day as a chance to do something new, like this bicycle ride with John.

But, She Also Loves The Finer Things In Life

Even though Dorinda tries to live well, that also means the occasional splurge, be it (many) designer bags or some caviar and champagne.

She's Expressing Sympathy For Others Going Through The Same Thing

Recently the news broke that Frank Gifford, husband of Today host Kathie Lee Gifford, had died from natural causes (he was 84). Many celebrities took to Twitter to express their condolences, but Dorinda's message had special resonance.

And, She's Still Sharing His Memories

Every so often, Dorinda will share an old photo or memory about Richard with her Instagram followers or on Real Housewives of New York. Always affectionate but still private, Dorinda doesn't seem like she'll ever forget Richard or stop sharing remembrances of him. So, what matters isn't how Richard died, but how his memory continues to stay alive through Dorinda.