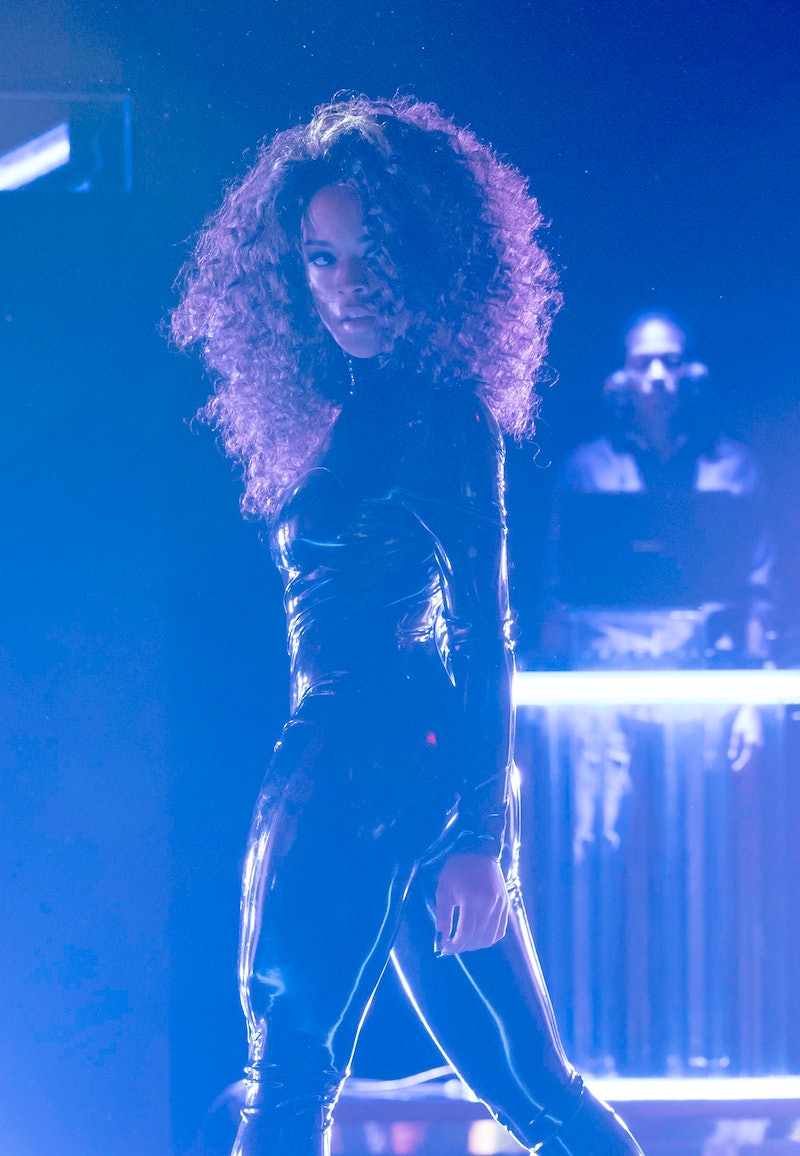 The women on Empire have never been ones to suffer fools, and Tiana is the next one up to say, “See ya later, jerks” to the men in her life. If you’ve been watching Empire Season 3, Hakeem was jealous that Tiana sang a song with another guy, so he decided (well, Lucious told him to) write a diss track about her, and the lyrics were something about him being able to tap that whenever he wanted or something. It was gross. To add insult to injury, Hakeem used a sample of Tiana’s new song without her permission on the track. Well, luckily, Tiana wasn’t going to let that slide by. Tiana’s new song "Me" on Empire is the most feminist diss track ever, and I for one will be blasting it whenever I need a pick me up.

When she heard Hakeem’s song, Tiana told Cookie that she wasn’t about trying to be a woman stuck between two men — she is an artist, and she is an entity, and she doesn’t need anyone to prove she’s worth it. Cookie had just seen La Boheme, an opera in which a woman is trapped between two men (this is probably a nod to Taye Diggs’ time in RENT, because RENT is based on La Boheme, and Taye Diggs is now on Empire), so she hands Tiana a sample and said, “Have fun!”

Tiana’s song underlines the fact that a woman needs no one but herself. She can choose to have a man around, but she doesn’t need him to feel worthy.

I’m glad that Tiana spun the diss track into something positive, because Hakeem is gross. Even Nessa didn’t want to sing on his song, because it put down another woman for no reason. Hakeem’s face when Tiana was performing her song in front of him was priceless. Yeah, dude, she doesn’t need you. She doesn’t need anyone but Cookie at this point, because Cookie is going to help Tiana get back on the top of the charts. The men on Empire are so messy, but at least the sisters are doing it for themselves.