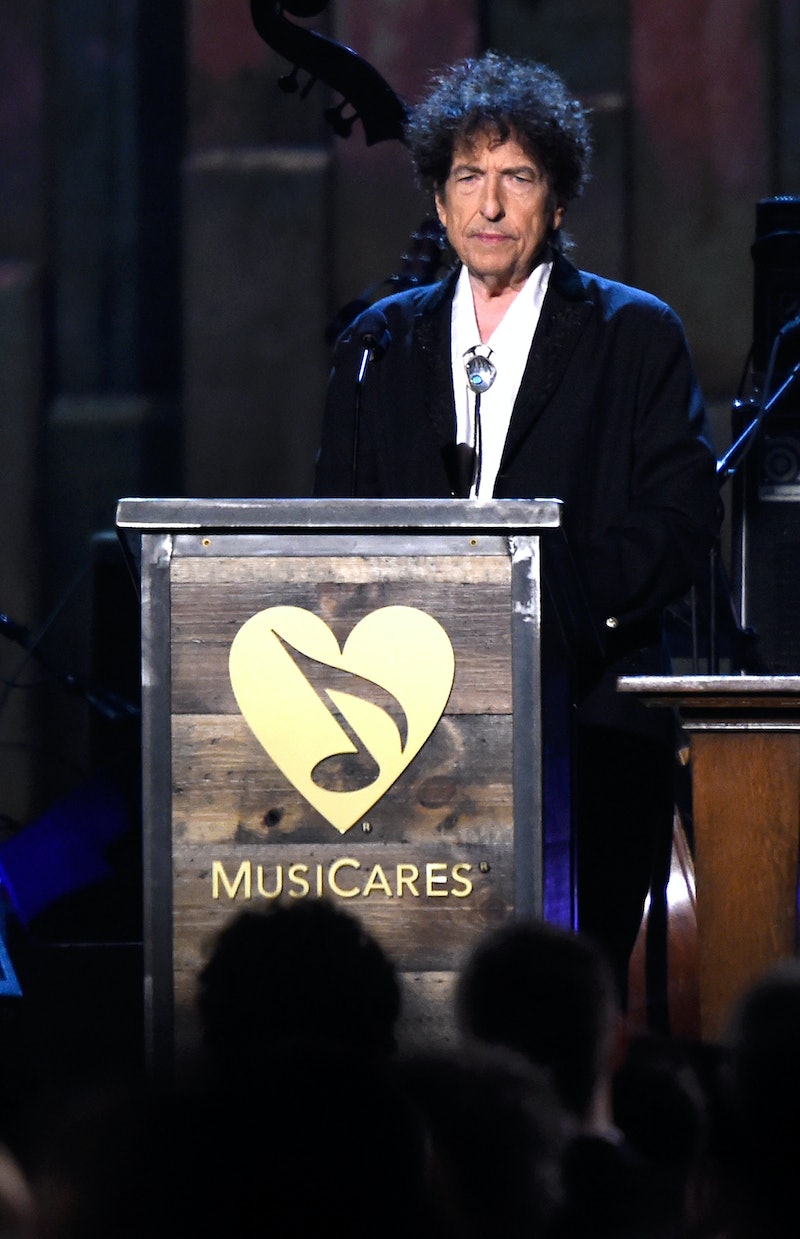 If you haven't heard, on Thursday, the Swedish Academy named Bob Dylan the winner of the Nobel Prize for Literature in 2016. The prize is considered the most prestigious literature award in the world and Dylan is the 108th person to receive it. The singer was selected "for having created new poetic expressions within the great American song tradition." It truly is an honor, but here's why Dylan winning the Nobel Prize for Literature is even more special.

The Nobel Prize Twitter account shared an interesting fact about the 75-year-old artist's achievement. It's definitely something to take note of. "Bob Dylan is the first Nobel Laureate since George Bernhard [sic] Shaw to have been awarded both a #NobelPrize and an Oscar @TheAcademy." I'm sure many individuals would love to have either one or the other honor tied to their name, but to have both? That truly is amazing and just goes to show you the talents of Dylan and Shaw. This also makes Dylan only the second person to have both awards.

In 2001, Dylan won an Oscar for Best Original Song ("Things Have Changed") for Wonder Boys, which starred Michael Douglas and Tobey Maguire. As for Shaw, he received his Nobel Prize for Literature in 1925 "for his work which is marked by both idealism and humanity, its stimulating satire often being infused with a singular poetic beauty," according to the Nobel Prize site.

Rather than receiving his prize in 1925, Shaw didn't get it until 1926. According to NobelPrize.org, "During the selection process in 1925, the Nobel Committee for Literature decided that none of the year's nominations met the criteria as outlined in the will of Alfred Nobel." Because of that, the Nobel Prize was held until the following year, which is what happened with Shaw. As for his Academy Award, he won an Oscar in 1939 for Best Writing, Screenplay for Pygmalion starring Leslie Howard and Wendy Hiller. The film followed a Victorian dialect expert who bets that he can teach a lower-class girl to speak proper English. Does that sound similar to another film? My Fair Lady was adapted from Pygmalion, and Shaw also contributed to that film as a writer.

Clearly, Dylan and Shaw's writing has impacted the world in great ways and why wouldn't they be honored for that?

More like this
Sparks Fly Fast & Furious In 'Honey & Spice'
By Bolu Babalola
At 14, Jenny Han Wrote Rom-Coms About Her Friends & Fan Mail To Leo DiCaprio
By Alyssa Lapid
10 Must-Read New Books Out This Week
By K.W. Colyard
16 Novels That Paint A Realistic Portrait Of Abortion
By K.W. Colyard
Get Even More From Bustle — Sign Up For The Newsletter