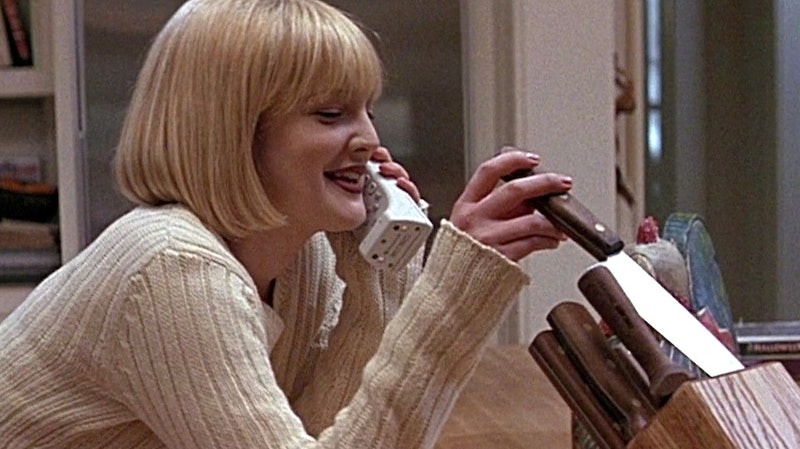 Horror movies are pretty much known for one thing and one thing only: Scaring the bejeezus out of people. But that's not all they're good for. Although not generally though of as being the most prestigious of movie genres, horror films have contributed greatly to the history of cinema. There are many scary movies that are now considered classics, and their impact on our culture is undeniable. Therefore, it's not surprising that there are so many iconic scary movie quotes.

Given that it's October and Halloween is right around the corner, you're likely to hear a few of these quotes bandied about by horror movie lovers. You're also likely to hear a few quotes that don't actually appear in the movies that people think they do. For instance, nowhere on this list will you find "Hello, Clarice," from The Silence of the Lambs, because Hannibal Lecter never says it. Nor will you come across "I am so scared right now," from The Blair Witch Project, because that's never uttered in that movie either — it comes from the parody scene in Scary Movie. But when it comes to actual horror movie lines, you'll discover 14 of the most iconic below.

I heard this a lot growing up.

Maybe the most parodied movie line ever.

I stand corrected, this has to be the most parodied movie line ever.

I still don't get why Drew Barrymore talks to this guy for so long. Hang up immediately!

The answer is no.

A creepy sentiment once you get past the over-the-top Maine accent.

Everyone knows this line, but few know its source.

One of the most intense scenes in the scariest movie ever.

Great advice if you're going to watch this movie.

13. “It Rubs The Lotion On Its Skin Or Else It Gets The Hose Again.” - The Silence Of The Lambs

Buffalo Bill is far creepier than Hannibal Lecter ever thought of being.

OK, this one's not actually spoken in the movie, but it's not a misquoted line. This was the tagline for the film, so it is still associated with the movie, and it's quite possibly the most iconic tagline of all-time.

Odds are you've heard all of these quotes before, and maybe even said them, because not only are they the most iconic horror movie quotes of all-time, they're some of the most famous movie quotes, period.

More like this
Kimberly J. Brown & Daniel Kountz Looked Back On Their ‘Halloweentown’ Romance
By Stephanie Topacio Long
Alicia Silverstone Has Recreated An Iconic 'Clueless' Scene
By Frances Stewart
All The Sneaky Lindsay Lohan Movie Easter Eggs In Her New Ad, Explained
By Stephanie Topacio Long
You Might Want To Rewatch 'Elvis' For This Britney Spears Easter Egg
By Grace Wehniainen
Get Even More From Bustle — Sign Up For The Newsletter