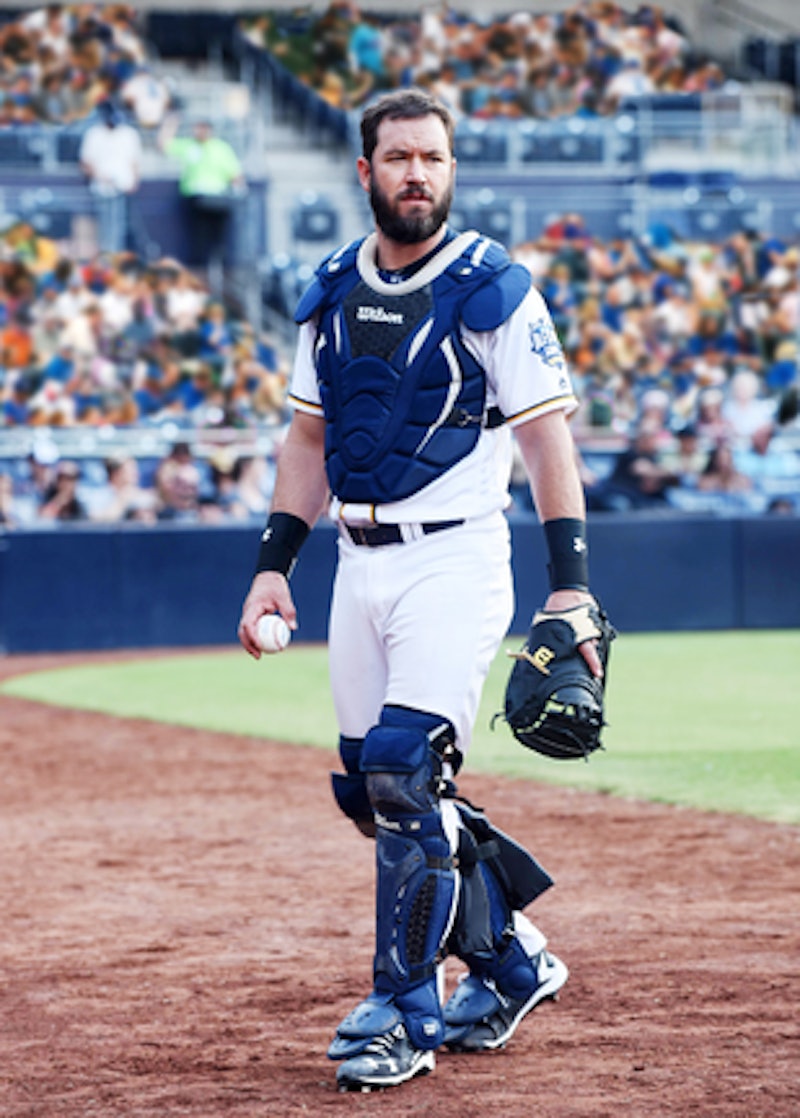 Mike Lawson's career as a catcher in the Major League might be over soon. Since Pitch began, Lawson's been worried about aging out of the job — there's only so long anyone can be a professional athlete — but Lawson had to face that fear head-on this week in "The Break." Sidelined by an injury and unable to play in the All Star game, Lawson decided to give sportscasting a whirl this week, but was disappointed to discover he wasn't very good at it. But that's ok, he's always got the Padres, right? Well, he might want to rethink his strategy because Mike Lawson could be replaced on Pitch after Oscar hired a new catcher, Livan Duarte.

While Mike was busy experimenting with his potential next career move on Pitch , Oscar traveled to Cuba to meet with an up and coming catcher, Livan Duarte. Livan is a star in the making, and, at 26 years old, he's getting offers from all the major teams, including ones that are more high profile than the San Diego Padres. Knowing he can't compete with the other teams on salary or perks, Oscar decides to relate to Livan on a personal level. He tells him about growing up in Mexico and learning to play baseball before making the move to the US, and promises to be in his corner all the way. When Livan signs with the Padres, it's a huge win for Oscar, but for Mike, it could be a death sentence on the field.

Not only is Mike's job at risk, but he got the news that Livan was joining the team live on air, as he was making his sportscaster debut. His response: "That guy's not taking my job." So, there's no doubt things are about to get really interesting on Pitch when Livan finally makes his way to San Diego. But that's not all. That night, after a long day, Mike picked up the phone and called the one person he could talk to: Ginny. Could Pitch be setting up a Mike-Ginny romance? If so, losing his job would probably put a little bump in the road. I guess we'll have to wait and see.

More like this
Freddie Flintoff’s Wife Has The Cutest Nickname For The Famous Cricketer
By Frances Stewart
Watch Emma Raducanu’s Incredible Response To Her Early Wimbledon Exit
By El Hunt
Vecna Officially Has A Fan In 'Stranger Things' Star Jamie Campbell Bower
By Alyssa Lapid
Yes, Joseph Quinn Is Actually Playing The Guitar In This Epic 'Stranger Things' Scene
By Alyssa Lapid
Get Even More From Bustle — Sign Up For The Newsletter