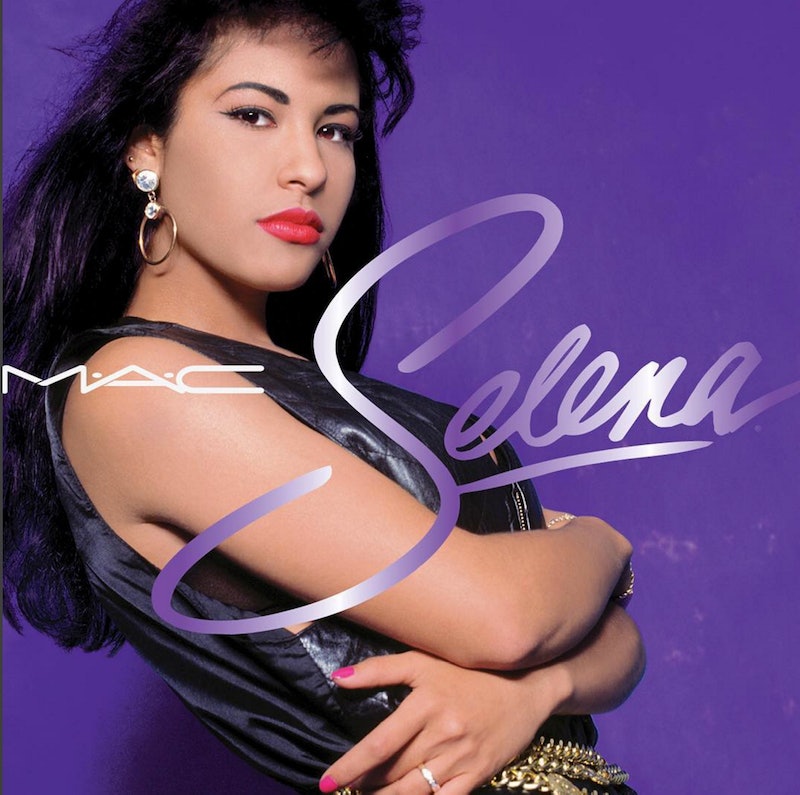 M.A.C. let fans know midday on Friday that as a thanks for their passion and excitement, the collection is being re-released to M·A·C stores, all retail partner stores, maccosmetics.com and retail partner websites in the US and Canada. Met with 16.8k likes 38 minutes after it was posted, fans have commented with their thanks in return (and emojis galore).

Re-releases aren't all that common in the M.A.C. world, but given the fan work that led to this one, it makes sense that they'd bend the rules to get fans the products they campaigned for. Even so, it's hard not to feel bad for the people who missed the collection on the first round (it sold out online within 24 hours), and then paid ultra-high prices to resellers, with reported bids up to $3,055 for the $259 collection (yup, my jaw also dropped), according to Refinery 29.

The in-store situation wasn't much easier, with fans even camping outside M.A.C. stores to catch the collection's brick and mortar release, according to the Chicago Tribune, which similarly sold out. It's the beauty world's iPhone 7, but even more exclusive.

Want to make sure you get your hands on the Selena collection this time around? M.A.C. says they're "committed to giving sufficient notice of specific availability" for the second go-around, and recommend signing up for the waitlist on their website. But January can't come soon enough for some people:

Anguish emojis out in full force.

Others were happy just to be getting another shot.

The stress, the excitement — it's a mix.

Until then, some people are probably going to be looking into eBay's return policy.