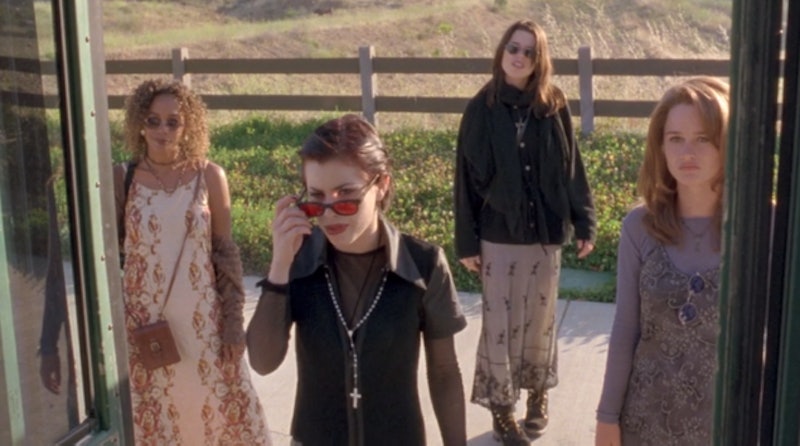 Somehow, the last five years have been a swell time for witches in media. I mean, I get it: floppy hats are back in style, black is always chic, and who doesn’t like performing anciet rituals in order to place an hex on that guy who ghosted you? Diving into some witch-fronted films feels like the right move for Halloween or generalized jilted-woman reasons alike. But, which witch movie is the witchiest (try saying that five times fast)?

Allow me to clarify by saying that not all covens are alike, and frankly, not all covens are even covens. There are plenty of witch movies that feature some gifted potion-makers and their equally talented friends, but do they really embody what it means to be a witch? Do these witches understand the rage needed to properly place a curse? Do they drink of their sisters, and are they evil enough to lure children with a candy house? Do they have the wit, the style, and the squad power to take over the world? Or are they just Nicole Kidman and Sandra Bullock in pointy hats?

Well, who are the Head Witches In Charge, anyway? How much coven strength can you legitimately fit into a film?

Despite the title's promise, there's not even a freaking witch in this movie, just a bunch of crying kids in flannels. Very significant for its time, sure, but still, no witches.

Technically there aren't any real witches in this one either — but at least as it stars Queen of Creepy Winona Ryder, it gives off more of a witch vibe than the previous films. Snaps for that.

It's not that Angela Lansbury doesn't make for a fine spell-caster, it just that this seems a little more Mary Poppins than American Horror Story: Coven. Side bar, Mary Poppins was 400 percent a witch, right?

Such a delightful film, and it even blesses us with all the typically witchy trappings of a flying broomstick and black cat. Still, Hayao Miyazaki's vision is a little too colorful for true black magic, you feel me?

Oooh, please don't gripe at me for the low ranking. I get that between Aggie and Marnie, there are some serious witches at the front of the franchise. I'm just strongly of the conviction that there is always so much more going on in the hub of Halloweentown, and eventually their being witches (or at least a witch and witch-in-training) is sort of incidental.

The descended-from-Salem thing is always a nice touch, and all the scene between Louise and Madame Serena are very "Witches Gonna Do It For Themselves" — but otherwise, it's your typical '80s teen rom-com.

I'm sorry, I might need a refresher here, but is it ever outright revealed that the Olsen twins' characters are legit witches? I mean, I'd completely believe that if you told me today, but in the context of the movie, do they just sort of inherit powers? I don't know, man, I'm going to tentatively place this here anyway because it does have a little witches' gathering towards the end of the film.

The sisterhood is strong in this one, and though it's definitely a stronger witchflick than the Olsen twins' (more advanced spellbinders, too), it's still not as witchy as witchy can be.

5. I Married A Witch

I'm very convinced that Veronica Lake was actually dabbling in the dark arts to look that gorgeous. I'm also going to give this vintage classic some props from being one of the first films to deliver a tongue-in-cheek approach to that whole Bride-Of-Satan thing. Or, Bride-Of-Wallace thing, in this case.

You have a trifecta of cinema powerhouses in this one, including Susan Sarandon, Michelle Pfeiffer and goddamn Cher — so, as a result, it's a coven I can only dream to join.

The Sanderson sisters embody the spirit of Halloween, and beneath all their hokeyness, make for excellent villains. I mean, preying on children is a classic witch move. And when it comes to their individual monochromatic style? Flawless. Name a more iconic trio.

I'm giving these Gen X witches the silver medal because the atypical '90s kid holds them in especially high regard. And I'll cop to it: witchcraft and adolescent angst seems like a match made in heaven. But for witch purists, you may roll your eyes at their coven cred, which means the number one spot has to be...

Oh hey fam, lets hold the scariest witch convention ever allowed in a children's film and have Morticia Addams run the whole damn thing. Bow down.

Who else wants a marathon right about now?