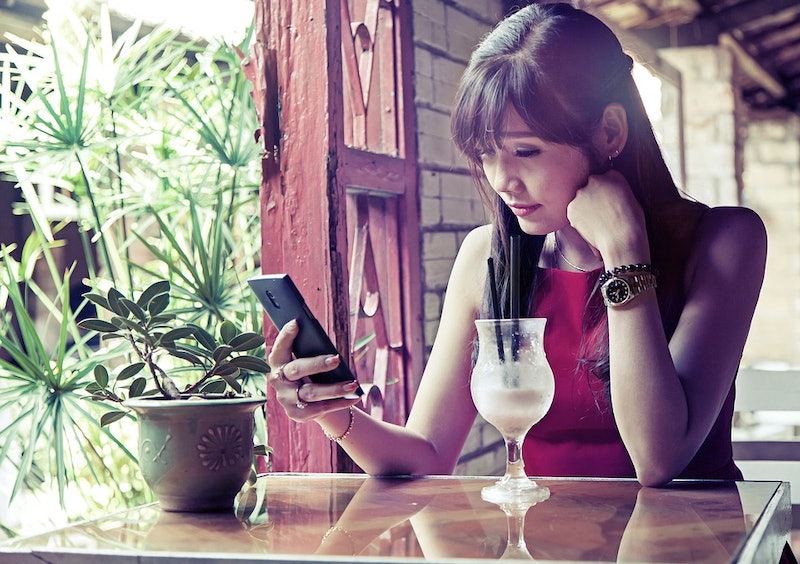 Getting information about peoples' lives from social media can sometimes seem a little too easy. Picture of a cigarette? They smoke. Yoga inspirational quote? They likely prioritize health. But it's becoming clear that it's more complex than that; what we present on social media is often not entirely straightforward or an honest reflection of our lifestyles and everyday thoughts. Increasingly, scientists are able to determine a lot about the health of communities, the spread of disease, and our attitudes towards particular illnesses just by how we tweet about them, but they're having to take into account the particular uses and performances of social media: why we're more likely to tweet about certain foods, what makes our discussions of illness reliable, and what trolling really says about public attitudes.

The thing that makes us seriously valuable to researchers watching social media is, frankly, our tendency to complain or boast. When we have tasty food, we show it; when we have a virtuous run, we promote it; when we're ill, we go on, at length, about how much we're suffering. That does make Twitter data a little unreliable, though, as we're dramatic creatures who are likely to make things look a little worse or better than they really are — so the future of Twitter as a diagnostic tool for specific illnesses, for instance, is a bit suspect. But in other areas, like tracking the spread of flu or how many people get allergies in certain areas, it's proving to be health-data gold.

When You're Most Likely To Have Negative Body Image

The #SpeakBeautiful tool launched on Twitter by Dove last March is aimed at gathering research on how women talk about themselves and their bodies online, what words and positions are most popular, and what can be done to change the conversation. It's one of the biggest examples of a commercial outfit looking to Twitter data-mining for research purposes, but it's part of Dove's Real Beauty campaign rather than straight-up market research, and as such should be interesting to scientists.

The #SpeakBeautiful app ranges from the individual (telling you what words you use most often about your body and when) to the broad spectrum, gathering information about body image phrases on social media across the States to understand more about regional influences. They found, for instance, that women's negativity about their bodies tends to ramp up from 9 a.m. to noon, and to relax over the day. Analysis of this sort could lead to more nuanced understandings and targeted campaigns about shifting female body image negativity. At least your tweet about your tummy rolls (which are beautiful, by the way) is helping a broader conversation. If you want to analyze your own Tweet history, just retweet this Dove tweet to get a personalized breakdown.

Whether You Have Depression (Maybe)

Assessing somebody's specific mental state from social media has been the target of various studies throughout the years. Twitter is no exception. A lot of science has gone into understanding how we present ourselves on social media and what it reveals about our mental health, with sometimes peculiar results: one study in 2015, for instance, found that we're more likely to produce egocentric Tweets from our phones than our laptops.

A current giant project at the University of California San Diego is investigating whether mental health can actually be "diagnosed," or even predicted, through Twitter; but there are a lot of ethical problems about surveillance to be addressed into the mix. Current indications show it might be a good start, though: a study in 2014 found that its algorithm could predict, with about 70 percent accuracy, depressive behavior, using factors as diverse as keywords and what time of day the people posted things.

Whether You're More Likely To Eat Fast Food

Looking at Twitter to see what people do, eat, and like isn't new, but a new study out of the University of Utah did something extremely interesting with the model. It did normal "content mining" of Tweets, looking at nearly 80 million of them and sorting out the ones about food. Of the 4 million that qualified, the scientists then indexed what kind of food they were referencing, whether it was fast food, smoothies, or something in between. The top 10 tweeted food terms were, in order, coffee, beer, pizza, Starbucks, IPA (beer), wine, chicken, bbq, ice cream, and taco/tacos. Remember, they're not going by hashtags, just mentions.

The fact that indulgent things made the bulk of the top 10 isn't remarkable, considering that we often use our social media to boast about special events and talk about things we're looking forward to: we're more likely to discuss stuff that's either out of the ordinary or extremely important to us (thus the daily coffee and Starbucks mentions). But the Utah scientists did something else: they then used geolocation data to chart where tweets were from, and what food was available in that area. They found that areas with high proportions of fast food and low amounts of grocery stores and supermarkets were far more likely to have fast food mentions on Twitter. Want people eating healthy? According to Twitter, that means having more than just KFC and Burger King available in the next few blocks. (But we knew that already.)

This sort of content mapping has been used before; in 2013, a study of how we talk about obesity on Twitter found that there were radical differences in attitudes and Tweets between northern and southern states, rural and city areas, and inland and coastal towns. How you think about health, and how you eat, are both highly linked to where you live, according to Twitter.

How Diseases Are Spreading Among Your Friends

Scientists have discovered that illnesses can be tracked through Twitter geographically: as mentions of influenza, for instance, pop up on Twitter feeds, they can see how epidemics spread through the U.S. during the fall and winter. (This is called "syndromic surveillance" and is actually a very valuable thing for medical professionals, so please tweet away about whatever's ailing you.)

But it doesn't stop there. Various models, one called "Carmen" and another labelled the Ailment Topic Aspect Model (ATAM), have been used by scientists to try and get as much information about real-time illnesses on Twitter as possible, mining data to get accurate data on who's sick, how they're treating themselves, how they feel about their doctors, and, importantly, what sort of behaviors are associated with a higher risk of a specific sickness. For instance, people who tweet a lot about smoking are likely to come from states where there are high likelihoods of heart disease and cancer.

Whether You're Aware Of Various Illnesses

The hashtag campaigns that try to get things "trending" across Twitter tend to have one goal: raising awareness. That's the entire point behind going viral; you spread the Ice Bucket Challenge, for instance, and in the process get the interest (and the resources) of a giant international audience constantly looking for new entertainment. But hashtag campaigns can also be used by scientists and medical researchers to track what people know about certain illnesses.

A team from UCL, for instance, found that people were much more likely to tweet about "cancer treatment" than "cancer prevention" in two separate 24-hour Twitter studies, even though one of them, coincidentally, happened at the same time as Angelina Jolie's revelation of her surgeries in the New York Times . (They pointed out, however, that tweet-searching has its limits; bots interfered with the reality of searches, trying "cancer cure" turned up lines from poems, and looking for "cancer" alone brought up a host of horoscopes.)

...And How Much Stigma You Have Around Them

Twitter is also useful for studying how people think about certain diseases, particularly those with stigma attached. A 2014 study found that Twitter might be an "unobtrusive" way to monitor how people feel about schizophrenia and depression, and actually had a pretty heartening result: most tweets about the illnesses were positive, raising awareness, or neutral (news bulletins, for example). Only about 0.7 percent of tweets about depression were stigmatizing, while five percent of those about schizophrenia were. It's a pretty good indicator that, when it comes to various mental illnesses, work still needs to be done to dispel myths. And it also creates an interesting idea: the trolls may not actually take up much space, they just get a lot more attention.