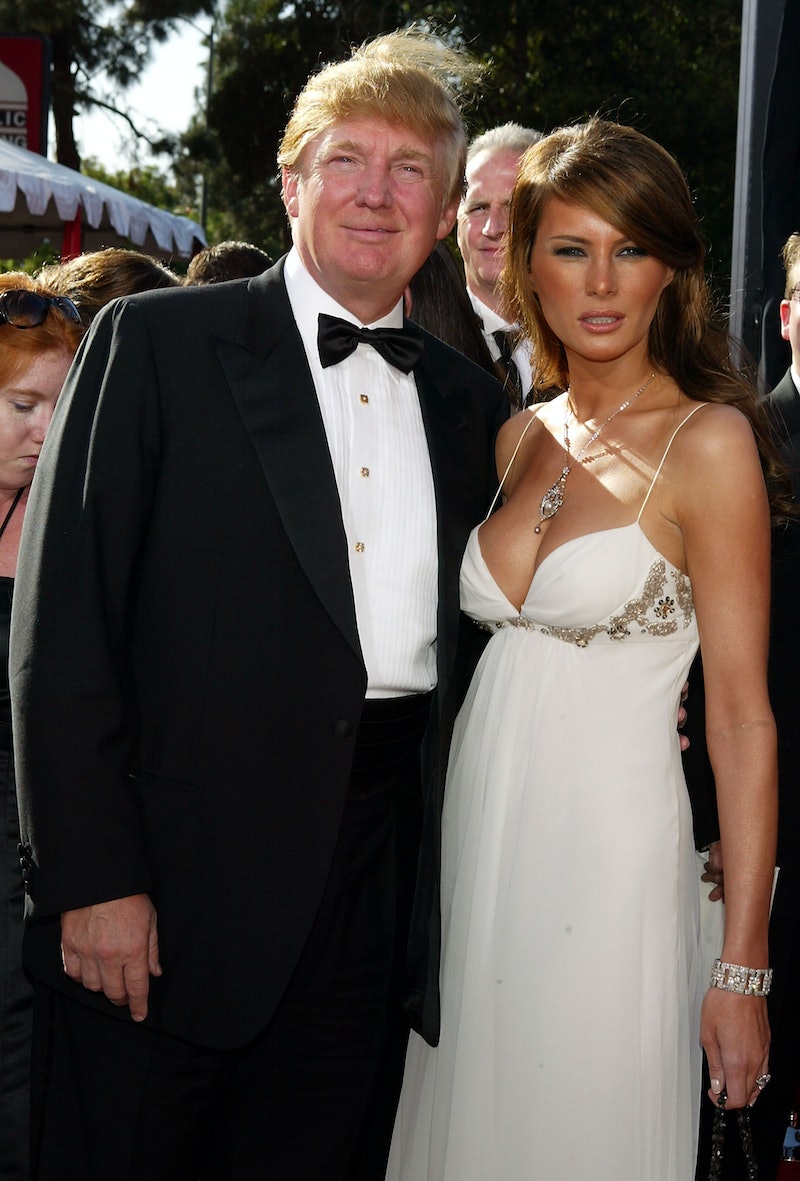 Reality TV star and once-improbable presidential candidate Donald Trump is slipping in the polls, and based on his Tweetstorms, he is not handling it too well. In the last week or so, Trump has revived his earlier complaints that he believes the election will be rigged in an attempt to discredit the results of the election before it is even held. “The election is absolutely being rigged by the dishonest and distorted media pushing Crooked Hillary — but also at many polling places — SAD," the Republican presidential nominee tweeted Sunday.

Trump's promotion of a "rigged" election myth is concerning for a number of reasons: the United States already has a long history of discrediting the accomplishments of women in many fields and doing this to the potential first female president could have significant long-term effects. Trump has previously attempted to deny the legitimacy of a president (ahem, birtherism). There is also the simple fact that Trump's claim is completely baseless. Of course, the election will not be rigged.

None of this seems to matter, though, for a candidate accustomed to denying the legitimacy of any contest he happens to lose. Trump claimed the Republican primaries would be rigged, too — until he won, at which point he appeared to consider them perfectly legitimate reflections of the will of the voters. If Trump doesn't like a piece of information, he simply refuses to believe it, like when he told Bill O'Reilly last week that he wasn't sure he believed that he wasn't polling well with women. An even stranger example of Trump's unwillingness to accept defeat is his odd history with the Emmys. Trump was nominated for a few Emmys for The Apprentice but never won. He took the loss in stride and said he was pleased even to be nominated.

Just kidding. What actually happened is that Trump complained that he should have won, questioned the credibility of the process, and took to Twitter every year to blast the Emmys, particularly during years when The Apprentice was not nominated.

So, to recap, a man who is currently one of the two people most likely to be elected president of the United States in a matter of days has previously had a personal vendetta against an awards show — because he didn't win. Imagine if Meryl Streep threatened to boycott the Oscars after each time she didn't win; then, imagine she did that and was running for president.

At any rate, Trump's recent tirades about a "rigged" election demonstrate that he hasn't changed since he lost his first Emmy: once a sore loser, always a sore loser.

The major difference, of course, between the Emmys and the United States election system is that questioning the legitimacy of the latter could have dire, far-reaching implications for how Americans view their country and its leaders. A future President Hillary Clinton would struggle with constituents who did not respect her power or even believe that she truly won the election. Trump's behavior — and the willingness of many to indulge these conspiracy theories — paint a grim picture of a future in which candidates will whine and threaten that the only fair election is one in which they win.