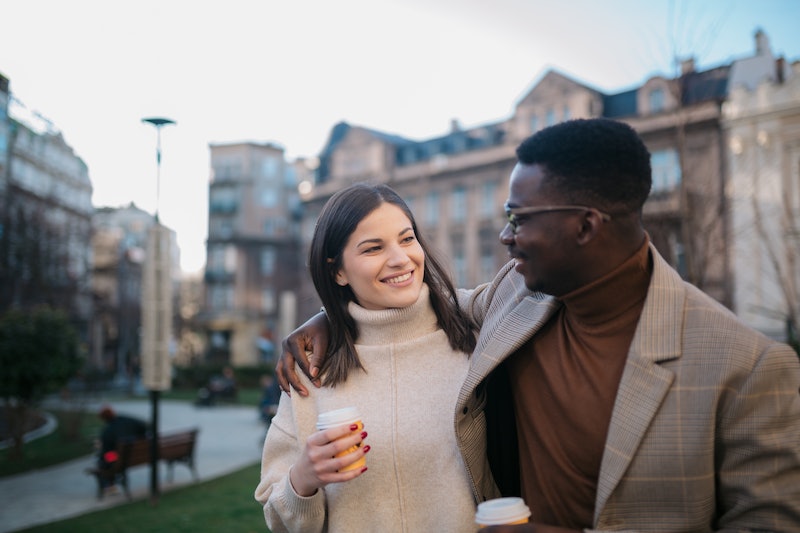 First dates are so awkward — you're so busy trying to trudge through them that you barely have time to think about how they're even going. Have you ever come home from a date and been asked how it went only to find that you don't really know the answer? You mind is swamped with fragmented feelings, hints of conversations, and totally punctuated by blurry parts. It was such a mix of stress and excitement and anxiety that it mostly washed over you. And now, in the moments after, you can barely remember how it went. You're undecided and that worries you.

Once the chaos of the interaction wears down and you're thrown back into yourself to confront your thoughts, you're not exactly sure if you want to see this person again. There were things you liked, there were things that turned you off and most importantly, it seems, you're not 100 percent sure that they're the one. So how do you discern whether someone is worth spending another meal with when it's not written out for you in the stars? These are nine subtle signs that you should definitely go on that second date to get that clarity you both deserve:

You Didn't Just Flirt – You ~Flirted~

I know this sounds really basic, but you don't always feel like flirting on a first date. Flirting is a verb, it's a means to an end. If you were interested enough in this person to try to move things in a direction, they're definitely worth spending some more time with. This is your gut telling you that you're interested, even if your mind is unsure.

If you're not comfortable with someone and you can't get a grasp of each other, shared silence can be intolerable. But if you feel connected, there's more of a mutual understanding that makes the silence less horrible. If the pauses between conversations didn't make your skin crawl, that's a good sign!

You Didn't Feel The Urge To Compare Them To Someone Else

When you're not really interested in someone, your mind wanders. You start to compare them to other people to make a case out of your dissatisfaction. It's almost as if you want to prove to yourself that it's not going to work. If you weren't thinking about your exes or other people you've been talking to on your dating app, it's a good thing. It's good to be with people who allow you to be present.

You Asked Questions Out Of Curiosity, Not To Fill The Silence

When two people are interested in each other, they're curious. They want to know as much about each other as possible. If you were both asking each other a lot of questions, there's definitely romantic interest. And you're only as interesting as you are interested.

You Didn't Check Your Phones

When people are bored, uncomfortable or looking for an excuse, they'll reach for their phones. If neither of you were on your phone during your first date, that's a pretty good sign that you're both interested in a second date. Holding each other's attention is not that easy, especially when your group text is going off in your pocket and you're missing an episode of your favorite show.

Having respect for the person you're with is hugely important but often overlooked. I know plenty of couples who aren't completely supportive of each other's values and goals. And while that's not all that matters, it's definitely a good sign if you can sense respect off the bat. It might seem basic, but it's a golden attribute.

You're Maybe A Little Bit Of A Wreck Post-Date

If you're leaving the date feeling nervous that you messed up, did something uncool, and won't heard from them again, something is going on between the two of you. If you're worried about it not working out, that means that you're hoping it does. Even if you're not feeling totally sure of them, the concern that you won't hear from them means that you should definitely go on a second date if you do.

You Have Genuine Moments Of Surprise

This person is nothing like you expected and unlike all the people you've dated before. And yet, you're interested in them. A part of you might want to fight that because they don't fill the mold that you usually leave for a partner, but you're surprising yourself with how much you enjoyed being around them. Sometimes, opposites attract. Solely because they're different is sometimes a great reason to go on a second date.

You're Checking Your Phone, Now

If you're leaning towards avoiding a second date, you're going to want to be as far away from your phone, post-date, as possible. You're hoping that they don't even ask you out on a second date so that you don't have to decline. But if you're vaguely interested, you can't stop wondering if they're interested and you're on your phone constantly, waiting to hear from them. You might even be more interested than you realize. You might be protecting yourself from rejection by trying to convince yourself that you're indifferent.