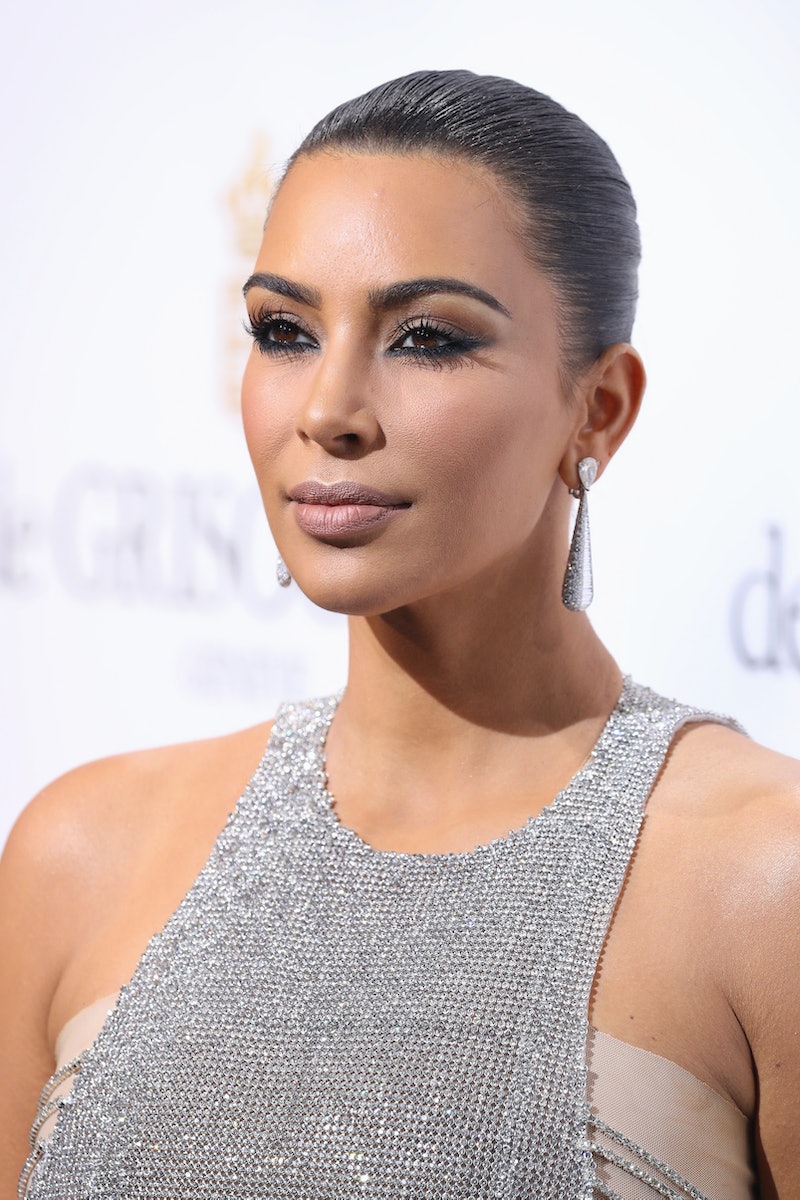 Several weeks after the traumatic incident, Kim Kardashian's lawyer is speaking out about the Paris robbery that left her fearing for her life and safety. Speaking to a group of reporters, Kardashian's Paris lawyer, Jean Veil, explained that the reality star is "very calm and determined" to assist in finding and punishing the five men who held her at gun point and robbed her of more than $10 million dollars in jewelry, and reportedly tied her up at the hands and feet and left her terrified that she was going to be raped and killed.

"She is very calm and very determined over a matter that was particularly violent," Veil told Us Weekly. "If she is summoned to France, she will come to France, but judges also have the possibility of moving [to the United States]." He also added that, if caught, the robbers would face charges of "armed robbery by an organized gang, criminal conspiracy and kidnapping."

As previously reported, there were rumors that the robbers were Pink Panthers, a gang of thieves who have been stealing diamonds for the past 30 years, the New York Post reported. According to TMZ, the Kardashian family and the police allegedly believe that the robbery was an inside job and that it was no coincidence that the robbers entered her residence when her bodyguard was not present (he was assisting Kourtney Kardashian and Kendall Jenner at a nearby club at the time). Bustle reached out to Kardashian's rep for comment on TMZ's report, who had no comment. The Paris Police Prefecture told Bustle when asked about the robbery news: "We are not able to respond to your request because a judicial inquiry is opened only the Paris Prosecutor's office which can communicate to the press and the public and to not interfere with ongoing investigations."

Amidst the horrific memes and jokes at Kardashian's expense — and those who believe that the robbery was fake — Kardashian's lawyer's statement is a grim reminder of just how serious (and just how violent) the entire situation actually was. Just look at the charges the criminals are faced with: armed robbery by a gang, criminal conspiracy, and kidnapping — this is no joke. And lest you forget, an E! source made horrific claims about the robbery itself: "She begged for them to let her live and [said] she has babies at home. Then they wrapped her mouth in tape and put her in the bathtub," the insider claimed. "She thought they were for sure going to kill her."

While Kardashian continues to lay low after the terrifying incident, it's heartening to hear that she's determined to catch the men who did this to her. No one — and I mean, no one — deserves to go through such a traumatic ordeal.