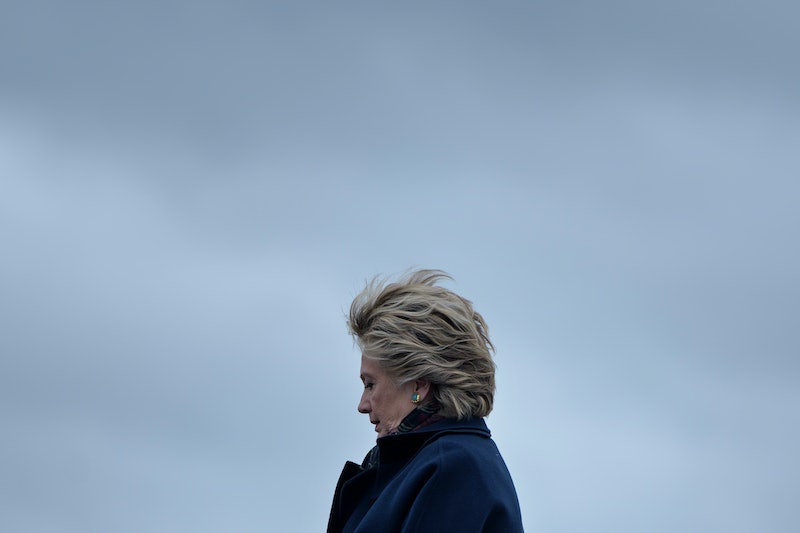 Even as Donald Trump’s numbers continue to deflate amidst the ongoing fallout regarding his treatment of women, there’s something strangely unsatisfying about this national moment of reckoning. This partially has to do with the fact that Trump had already offered plenty of reasons to be nauseated over the idea of him as president. But what I’m really yearning for, and what I think this country needs, is an honest, open discussion about Trump’s transgressions from his political opponent, Hillary Clinton. However, that would mean she’d have to wrestle with one of the biggest skeletons in her closet: her husband’s own complicated past with women, which includes multiple allegations of sexual assault.

In a more just world, the past actions of a candidate’s spouse would be so far from the political conversation that you’d need a passport to get to it, but we do not live in that world. Trump wielded the threat of attacking Clinton about her husband’s past like a cudgel leading up to the release of the Access Hollywood video. But few anticipated the insidious way in which he unleashed those attacks, including his attempt to put some of the women accusing Bill Clinton of assault in the family box at the second presidential debate.

And while Saturday Night Live had some fun with this over the weekend, there is still something missing from the national conversation on sexual assault which is taking place against the backdrop of the election. To me, that missing piece is how Clinton fits herself into the narrative of women being taken advantage of and violated by powerful men.

It seems pretty clear that she doesn’t want to talk about this topic. She’s happy to go after the way Trump has treated women, but leaves her husband out of the conversation. Amy Chozick at The New York Times hit the nail on the head: "Forcefully denouncing sexual assault would most certainly provoke ugly attacks on Bill Clinton and Mrs. Clinton’s role in countering the women who accused him of sexual misconduct"

While it's more than understandable why Clinton has chosen not to weigh in more "forcefully," as Chozick noted, I really do think she needs to do so. In a political moment in which Clinton’s unfavorability rating is at 53 percent, according to HuffPost Pollster, she needs to connect with voters more than ever. She could transform Trump's drudging up of Bill Clinton's accusers into the perfect vehicle for doing so.

First of all, an honest discussion about her marriage would be a view into a relationship which many see as purely opportunistic, and that has the potential to be more humanizing than any well-produced ad campaign. If Clinton can find a way to talk about the love in her marriage in an honest, non-saccharine way, I believe that anyone who has been in love will have no problem relating to her.

But second, I believe that doing so would give her an opening to talk about the virtue of compromise, dedication, and not giving up on people — themes of her campaign, which are in stark contrast to Trump’s. It provides a real-world microcosm through which she can address several of the issues central to her campaign: health care reform, raising the minimum wage, and paid family leave. You don’t do these things because you have to; you do them because you can.

Clinton could have walked away from her marriage multiple times, and no one would have questioned her decision. That she didn’t says more about her than I think many voters realize. Right now, it’s a giant question mark in our understanding of who she is — not as a politician, but as a human being. If she’s careful, clever, and honest, she could easily turn it into an exclamation mark.