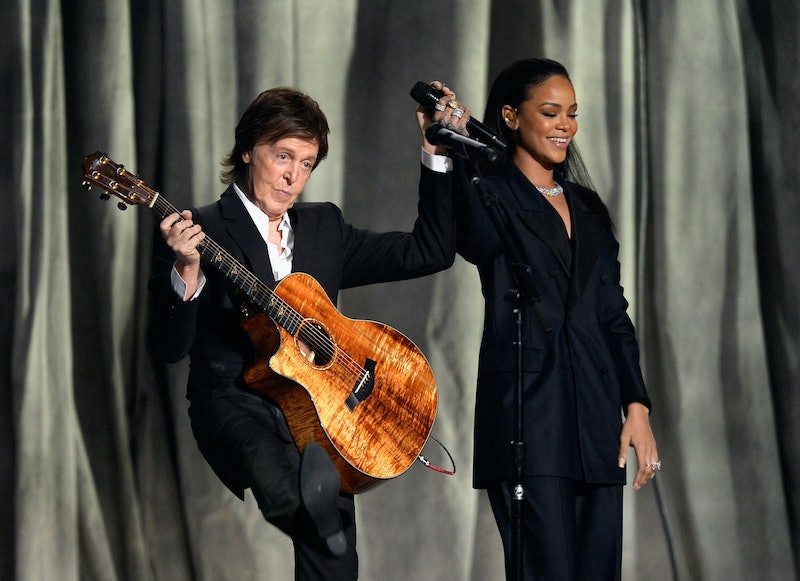 I hope everyone at Desert Trip weekend two brought their umbrellas to the polo fields, for it sounded like the Rihanna reign just wouldn't let up. During Sir Paul McCartney’s set at the music festival on Saturday evening, the music legend was like, "Hey, Oldchella? Get ready to lose every last one of your marbles over this surprise guest" (I'm paraphrasing) and then welcomed the one and only Robyn Fenty to the stage. And for the first time since the 2015 Grammys, Rihanna and Paul McCartney performed “FourFiveSeconds” together. The Beatle belted out Kanye West’s parts, RiRi belted out her parts, and now I can't stop belting out abut how jealous I am of everyone who saw this in real life.