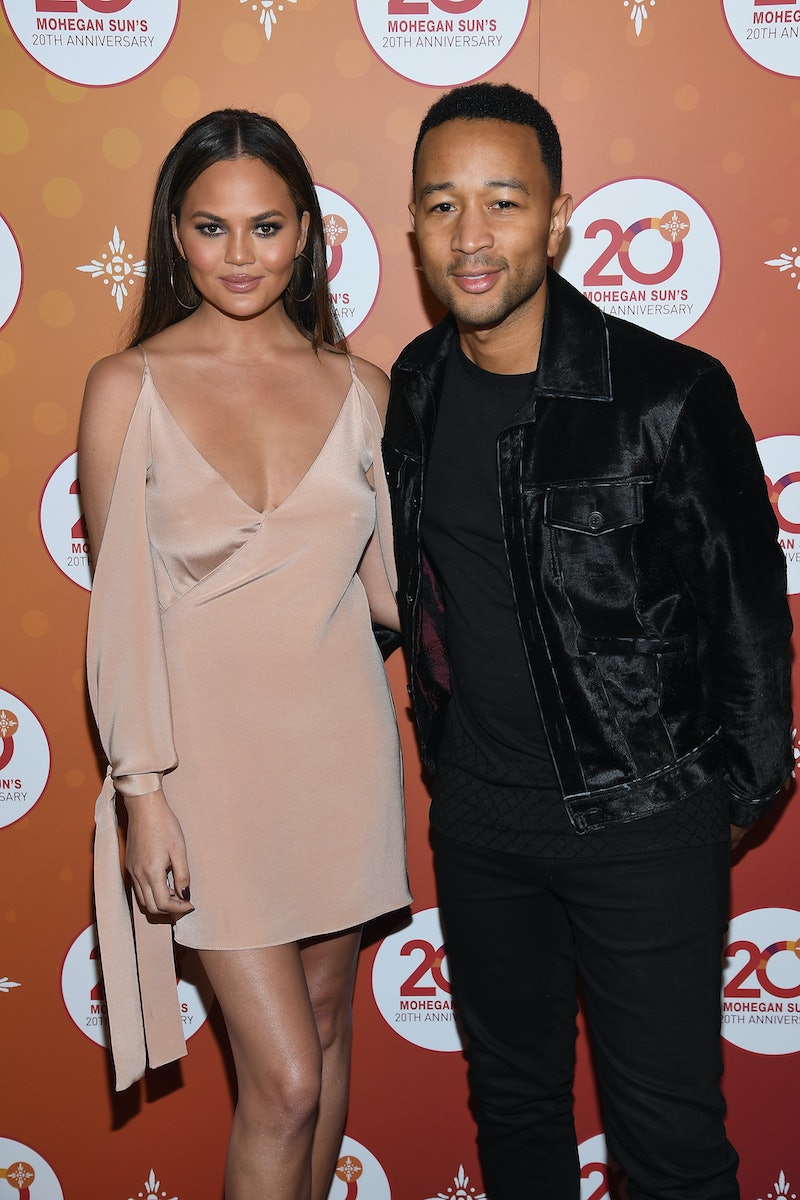 Another day, another adorable new Snapchat of Chrissy Teigen and John Legend's daughter Luna. Honestly, their parenting posts are half the reason I use social media. On Sunday, Teigen shared videos of Legend burping Luna — and no, it was no ordinary burp session. Instead, it was an entire production. The Grammy Award-winning singer remixed Rihanna's "Work." He sang, "Burp, burp, burp, burp, burp" perfectly in tune, as he patted his little girl on the back. Naturally, Teigen captured the whole thing on tape.

Not only did Legend show off his musical talent, but Teigen busted out some dance moves, as if she was a cheerleader rooting for her daughter to burp. Oh, how amazing it would be to follow these new parents around for a day! They make mundane tasks seem fun. Honestly, I don't think I've ever seen a happier child.

Seriously, Luna gets some great perks growing up with a musician for a dad, especially one so cool. Not only does he sing burping songs, but Legend performs mini concerts for her on piano and introduces her to the greats, like Stevie Wonder.

Watch the adorable burping montage below:

Near the end of the video, Teigen put Snapchat sticker sunglasses on Luna, as she naps away. And yes, it's incredibly adorable. Anyway, I vote that Legend releases his own line of modern baby songs. "Work" isn't the only hit that can be made newborn-friendly. Maybe there can be a song about learning to crawl or starting to talk. There are so many possibilities here.

Considering Luna celebrated her 6-month birthday over the weekend, she's got plenty of time ahead of her for more melodies. I'll be over here crossing my fingers that they all get captured on Snapchat too.