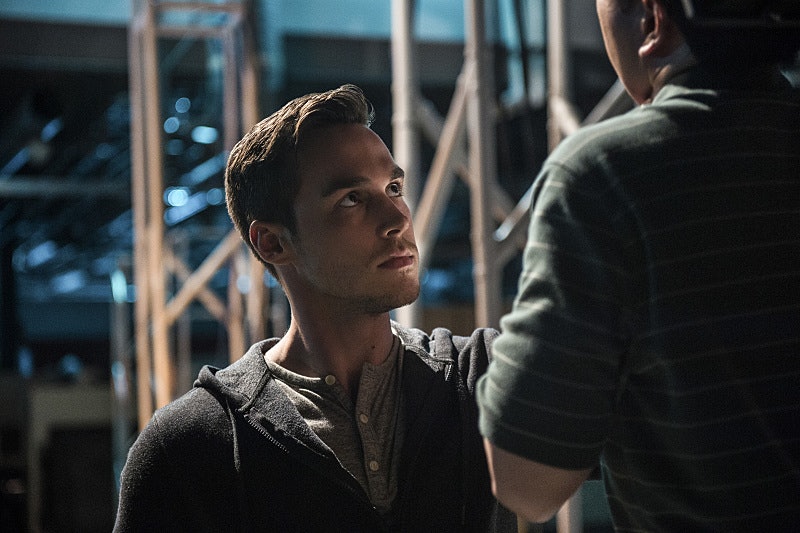 Kal-El may have gotten rid of Earth's remaining Kryptonite, but he and his cousin have plenty of otherworldly threats to deal with at the moment. Not only could Project Cadmus sending alien-enhanced humans their way at any moment, but Mon-El woke up on Monday night's Supergirl and immediately posed himself as a threat by attacking Kara. It might take some convincing for Supergirl and the guy from the pod to team up.

Who is this character? With a name like that, shouldn't he be related to our heroes? First, I should explain how I know his name. As The Hollywood Reporter put together, it was announced over the summer that actor Chris Wood was in the pod playing Mon-El between San Diego Comic-Con and the Television Critics Association panel. In DC comics, Mon-El is from a planet called Daxam, and arrived on Earth with no memories of his previous life. He named himself after "Monday," the day he arrived on Earth, and the House of El, because he felt a kinship with Kal-El. His real name is Lar-Grand, and he also sometimes goes by Jonathan and Bob Cobb. I have a feeling that, on Supergirl, Mon-El will name himself after Kara instead. The fact that the show airs on Mondays is a cute added bonus.

In an interview with TVLine, executive producer Andrew Kreisberg explained that Krypton and Daxam are "sister worlds" that didn't exactly get along. "There’s a lot of innate hostility that Mon-El and Kara have for each other simply because of their backgrounds,” Kreisberg said.

Also, in the comics, Mon-El suffered from lead poisoning (his "kryptonite," so to speak) while being held in the Phantom Zone, and is none too pleased when he returns again to Earth and recognizes the symbol on Kara's suit. Could Alura have locked him up on Supergirl? I like the idea that the convictions that Kara's mother made on Krypton can still come back to haunt her. However, Kara is always in need of fellow aliens to connect with, so hopefully she and "Mon" can work out their differences on Supergirl.