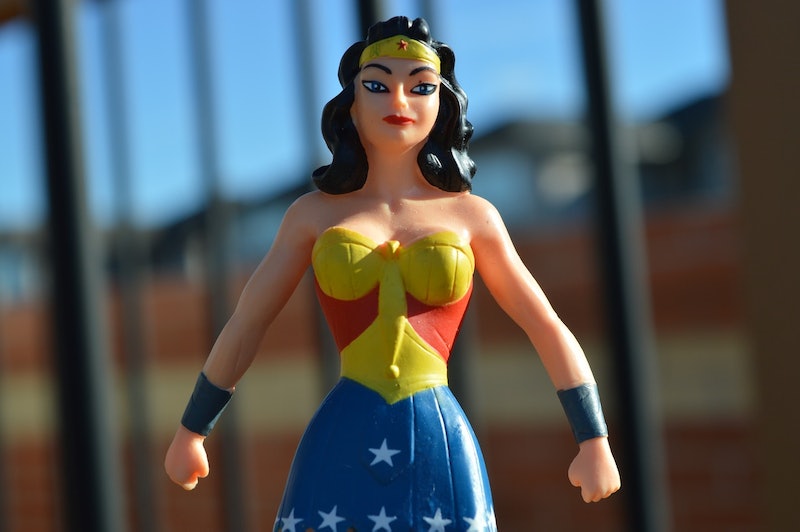 Research has long looked at ways to appear authoritative when speaking to other people: Speak in a certain tone, avoid using specific words, and stand in a certain manner. This last one is of particular interest, because the efficacy of what we now call "power poses" is becoming increasingly debated. Do power poses work? Research is conflicting, but here's what we know.

Power posing is the idea that standing in what have been deemed "powerful" poses can help you during public speaking, meetings, and other high-stress scenarios due to the psychological and physiological impact it has both on the people you're addressing and on you yourself as you pose. The first notable paper on power posing, which was published in 2010 in Psychological Science, found that when their participants briefly used power poses, they exhibited high levels of testosterone and lower levels of cortisol (the stress hormone). They were also more likely to take risks when given a gambling task. They even felt more powerful.

These results were fascinating, but have been largely debated since they first came out. While this one study found a correlation, a much larger attempt at recreating the same results failed. What's more, many have pointed out holes in the way the first study was held.

And there's yet another person expressing doubt over the validity of the original results: One of the co-authors of that first study — Dana Carney. On her website, Carney showed doubt in the effect of power poses, writing, "I do not believe that 'power pose" effects are real."

Carney explains that the inability for other studies to recreate their findings, combined with the way they tested power poses, makes her a skeptic. For example, many of the participants knew what was being tested, which could obviously sway the outcome. What's more, when they took the gambling risk and won, they were told that they won, which could be another explanation for the increased testosterone levels. Wrote Carnety, "I do not have any faith in the embodied effects of 'power poses.'"

Yet another one of the original study's co-authors, Dr. Amy Cuddy, also expresses concern, albeit of a different variety. While Cuddy hasn't shown the discomfort that Carney has, she does say that there's a time and a place for power poses. The one time you shouldn't use them? During meetings. In her research, Cuddy found that using a power pose can cause others to look away from you, exhibiting intimidation instead of respect and recognition of your confidence.

She explains that while we sometimes mimic another person's body language, another likely direction is that we complement it by doing the opposite. Thus, if a person is standing in an exaggerated power pose, we adopt an exaggerated powerless one. This is not the purpose of power poses. We don't use them to scare people away. We use them to encourage confidence and trust in our own abilities.

The topic is so widely discussed that Cuddy's TED talk on power poses has gotten nearly 37 millions views, making it one of the most popular of all time. While the consensus seems to be that the initial results are no longer all that convincing, if you do choose to utilize a power pose, take care that you're not doing it in a way that incites fear or intimidation.