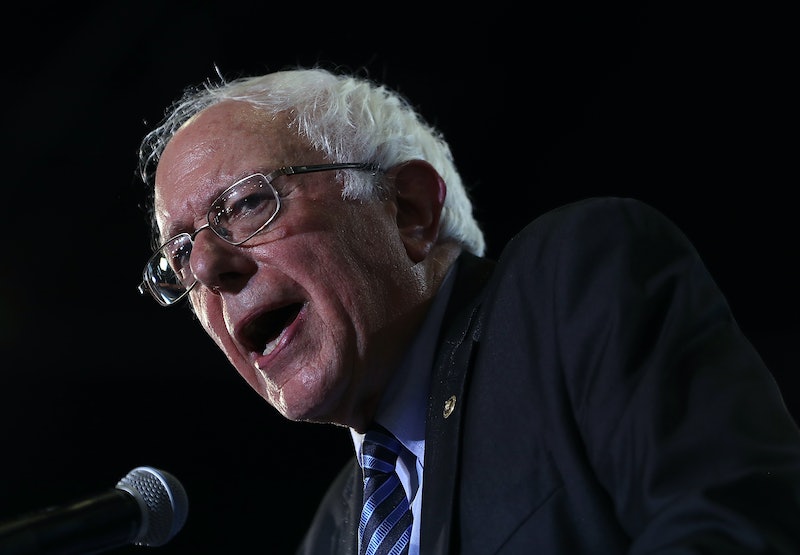 According to the latest release by Wikileaks, Hillary Clinton's early vice presidential list had some interesting prospects — including the man who gave her a run for her money. An email from her campaign chair, John Podesta, dated March 17 according to the WikiLeaks posting, outlines different "food groups" of possible running mates for the former secretary of state. While nearly 40 names are on the list — many of whom may surprise voters — it's especially interesting to see Vermont Sen. Bernie Sanders on the list (albeit it at the very bottom; it's unclear whether that placement was intentional).

In addition to considering her rival as an option (a solid three months before he would actually concede the nomination to her), Clinton was also considering a number of top business leaders as possible running mates, according to the email Wikileaks published. Apple CEO Tim Cook was in the same group of consideration as Bill Gates and Melinda Gates, as well as GM CEO Mary Barra. Michael Bloomberg, who is not registered with any political party, but was registered as a Republican for part of his tenure as mayor of New York City, was also being considered.

While discovering that Clinton considered so many corporate titans may not sit well with Sanders supporters who were dissatisfied with her ties to Wall Street and big money, it's also evident that she considered several progressive options. Not only was Sanders listed, but Massachusetts Sen. Elizabeth Warren was considered as well, as was Wisconsin Sen. Tammy Baldwin, who is also the first openly gay member of the Senate.

Interestingly, under a third of the potential VP candidates listed are women.

While this latest Podesta email leak is not as unflattering as some of the other exchanges that have been published by Wikileaks, it certainly gives voters plenty to wonder about with just three weeks to go until Election Day.