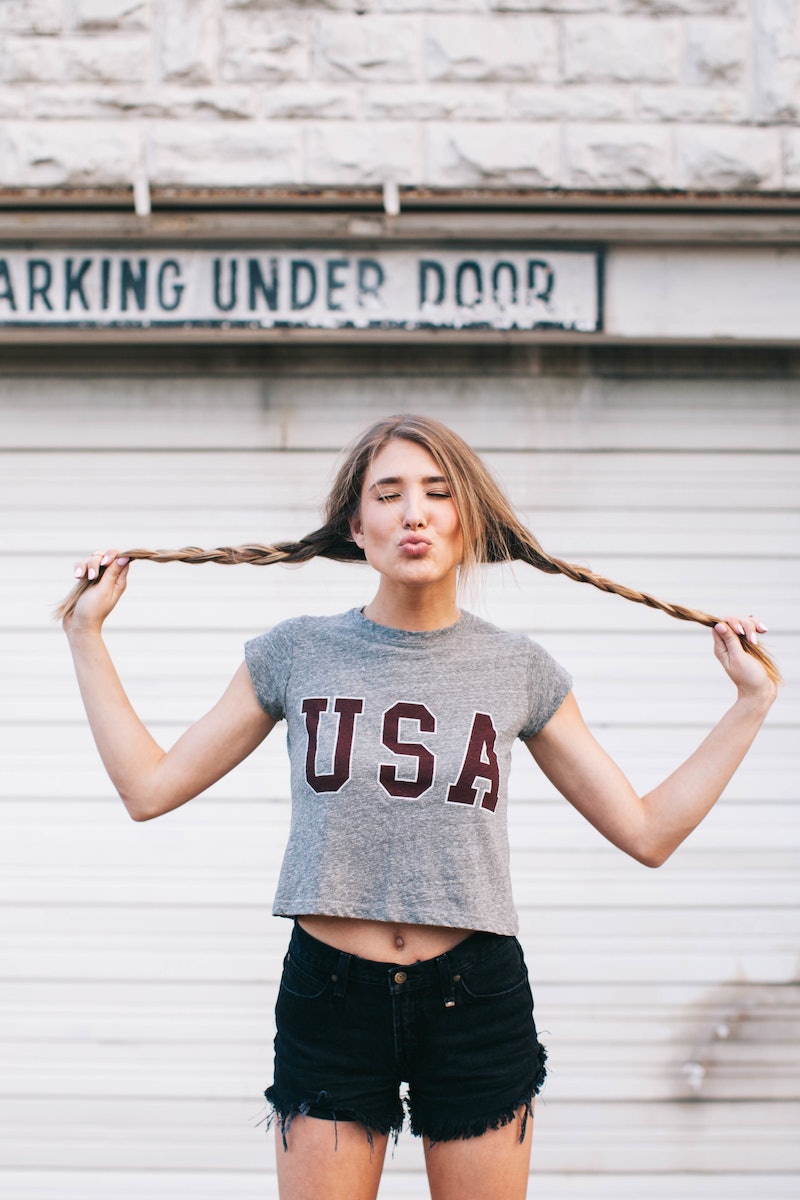 OK, let's be honest, we're all terrified about election night. We can feeling it looming like an apocalypse or round two of Y2K. It's like, should we fill the bathtubs up with water in case the plumbing cuts out? Should we load up on batteries in case the power goes out? Should we stock up on non-perishables in case zombies decide to loot the grocery stores? Should we call our loved ones and tell them that we do indeed love them? Should we put together a time capsule and burry it far underground for the next race of Earth inhabitants with a blueprint guide to not following our mistakes?

We have no idea what to expect, but we know that it's going to be crazy either way and we don't want to be without plans when it happens. We're either about to elect the first female president in history, or the first outright lunatic in history. And the suspense is killing us — like, seriously affecting our mental health as a nation. So is this about to be the best election ever or the mark of the end of the world?! How should we dress? What should we pack for? We all want to know what we should do to survive election night, so let me make a suggestion: let the stars guide you. Here is a how-to election night guide linked to your astrological sign, because election night this year, much like the cosmos, is way bigger than us:

You like to get down and dirty, so head to a bar that's packed with riled-up voters on both sides and just be in the thick of it. Get in the middle of all the arguments, hear all the sides, and try to keep your cool and soak up the drama.

All the political hubbub really gets your free-spirit down. This election, jump town. Head to a quiet cabin or a beach town, turn your phone off, ignore the TVs and find your bliss. You already voted, so there's nothing you can do but live your life while people get crazed over counting the ballots.

You're a natural-born competitor so you like a good argument, too. If you really want to have an exciting night, head to a bar that you know will be rooting for Trump. The absurdity of it all will be exhilarating, and frustrating. But you like getting a rise.

You're too down to earth to get involved in all this chaos. Vote, say a prayer that America will vote for the right person, and then unplug. Do some yoga, do some meditating and get your brain ready for whatever is to come. You know it's out of your hands, so the best thing that you can do is get mentally prepared for everything.

Yup, you're going to a Hillary supporting bar and you're going to take a big celebratory sip of your drink every time she wins a state. This is a big social night for you, so I expect you to be around friends, though you'll probably make a few friends at the bar, too.

You are way too sensitive to deal with this event in public. Get yourself a nice bottle of wine, order your favorite dinner, and watch the news from the safety of your home. You're either going to be beaming or crying at the end of the night and you want to do it alone.

You love to host, so why not use this election as an excuse to throw a party. Invite all of your friends over, have them each bring a dish and put together some fun drinking games. Turn the night into a party. If the world's about to end, you want to go out with a bang.

You and a few of your most studious and politically attuned friends are going to keep track of the electoral votes on your own. You know how the election works and you don't need to hear all the commentary on the news. The night will be calm and organized for you and if Trump wins, you already have your escape spaceship packed.

You hate the cheesy chaos of election decor. You're going to a hotel lobby to watch the news. You'll be in a nice dress with a fresh face of make up. Any excuse to glam — especially if the apocalypse is coming, you want to look your best.

You've got a lot of opinions and a lot of courage. You're going to spend the night live-tweeting the hell out of the news coverage. You might even get into a Twitter-feud with Trump himself. Who knows?

You're not about that conventional stuff. You're going to live your life as if it wasn't about to potentially be over. You might be the only person at the movie theater, but you're going. You have no interested in screaming in a bar with a bunch of drunk and angry voters.

You're a hard worker and super driven. You accomplish things that people don't even think are possible. On election night you're in Washington, D.C., begging The White House to make an exception and elect Obama for a third term.