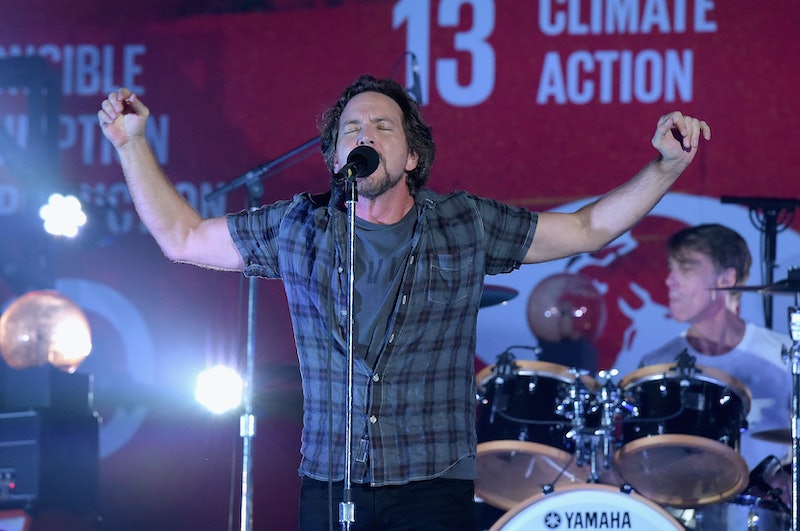 There's a different kind of election season brewing, but, trust me, there's no politics involved. In fact, it's time to vote for the Rock and Roll Hall of Fame inductees of 2017. But how and for whom can you cast your vote? You'll have plenty of choices for the Class of 2017. The list of Rock and Roll Hall of Fame nominees runs the gamut of genres, eras, and musical personalities, with the '90s getting some special attention thanks to nominees Tupac Shakur, Pearl Jam, Janet Jackson, and Jane's Addiction. Additional nominees include The Zombies, Joan Baez, Chaka Khan, and The Cars. How can any one person be expected to choose just five acts from these nominees (as well as 11 other groups and artists)?

While the choices are plenty, it's the actual voting process that counts. For those artists, producers, historians, and various other select members of the music industry — 800 total —ballots will be sent out. But, crucially, the public has a say on who the inductees will be, too.

Starting Tuesday, October 18, the public can cast their ballots at the Rock and Roll Hall of Fame website. Voting will be opening through December 5, and the list of inductees will be announced later in December 2016. So, basically, you need to go and vote ASAP.

This list of nominees features big surprises, like punk band Bad Brains, and some repeat front-runners, like Chic, for whom this process definitely feels like déja vu. (This is, after all, Something tells me that first-time nominees Tupac and Pearl Jam will be the frontrunners, though. This could be especially true for Tupac, whose life and music have been given a renewed public focus 20 years after his untimely death.

And yet just one look at the impressive list of nominees leaves me in a cold sweat. How can I possibly choose just five acts to comprise my ballot? With musical tastes often widespread and varied, having to narrow down the list as a member of the voting public just seems like too tough a call to make. But someone's got to do it.

More like this
Two UK Cities Are Now In The Running To Host Eurovision 2023
By Sam Ramsden and Rachel Mantock
Mel C Wants You To Know That Margaret Thatcher Wasn’t A Spice Girl
By Darshita Goyal
Everything To Know About Taylor Swift’s 10th Studio Album, 'Midnights'
By Grace Wehniainen and Jake Viswanath
Everything You Need To Know About ‘Black Panther: Wakanda Forever’
By Bustle Editors
Get Even More From Bustle — Sign Up For The Newsletter